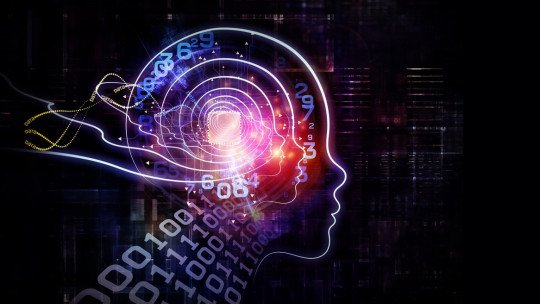 Although all brains may seem almost the same, they are actually far from being so. It is true that superficially they all share a basic structure and a certain shape, but if we examine them in detail we will see that they are all incredibly different; each one of them contains neural circuits of very different shapes and distributions.

Moreover, these differences are not explained by genes, that is, we are not born with them and we keep them in a relatively stable form. In fact, these traits that make our brains unique have to do with a fact that is true in every case: every life is unique, and the experiences we live make our brains change physically. This phenomenon is known as brain plasticity or neuroplasticity .

What is brain plasticity?

Neuroplasticity, also known as cerebral or neuronal plasticity, is the concept that refers to the way in which our nervous system changes as a result of its interaction with the environment . Even in the case of monozygotic twins this interaction is not identical, which means that each person perceives the world and acts upon it in a different way, depending on the sequence of contexts in which they live.

Moreover, neural plasticity is not something that takes a long time to occur: it happens constantly, in real time, and even while we sleep. We are constantly receiving a stream of stimuli and we are emitting a constant flow of actions that modify the environment, and all these processes cause our brain to be modified.

To understand it in a simple way, we can think about what the term “plasticity” refers to. The brain, like plastic, can adapt to practically any mold . However, in this comparison two things need to be clarified. The first is that neuroplasticity depends on the intervention of an external intelligence that directs the modeling process towards a specific purpose (in the case of the example, the manufacturer of plastic figures or pieces), and the second is that, unlike plastic, the structure and shape of the components of our brain can change a lot constantly: not only in a “manufacturing phase”. How does brain plasticity occur?

Neuroplasticity is based on the way the neurons in our nervous system are connected to each other. As the Spanish doctor Santiago Ramón y Cajal discovered, the brain is not made up of a tangle of compacted cells that form a single structure, but rather they are microscopic bodies with autonomy and physically separated from each other that send information to each other without ever being united. They are, in short, morphological individualities .

The same happens with any other experience: even if we don’t notice it, we are constantly experiencing experiences (or, rather, small portions of experiences) that occur practically at the same time and that make some neurons strengthen their bonds more and others weaken theirs more. This happens both with sensations and with the evocation of memories and abstract ideas; the Halo Effect can be considered an example of the latter.

Does this ability of our nervous system to be shaped by our experiences have any purpose? Actually, no; it is a simple product of evolution that, over hundreds of millions of years, has been carving our brain and making it have certain properties.

In reality, brain plasticity is the opposite of a design created to achieve specific goals, since instead of making our behavior somewhat stereotypical and predictable, it makes it incredibly complex, connected to the multiple details of the context in which we live and dependent on our past experiences. This makes neuroplasticity have a negative side (the appearance of phobias, traumas, etc.) and a positive side (our ability to learn from our experience and create complex and sophisticated ways of thinking, for example).

However, the fact that brain plasticity has no specific purpose does not mean that in the balance of the pros and cons, the former have outweighed the latter. The creation of broad and highly interconnected societies, our capacity to invent artifacts and new technological advances and, of course, the ease with which we learn a language are phenomena that we have enjoyed thanks to cerebral plasticity and that explain a good part of the overwhelming evolutionary success that our species has had so far.

Brain plasticity makes our capacity to adapt to changing situations very high , since we can deal with a good part of the new problems to which evolution has not had time to generate a mechanism of adaptation through natural selection. In the face of a natural disaster, for example, it is not necessary to wait until environmental pressures cause some individuals to reproduce more than the rest, so that thousands of years later the entire population has an appropriate genetic inheritance to deal with the problem: simply, individuals in a few generations learn to create technological and social solutions that had never been conceived before.

Beyond this cold analysis based on the growth of the human population, which does not necessarily correspond to the personal value that we can attribute to neuroplasticity, we could also say that a good part of our capacity to be happy depends on this characteristic of our central nervous system.

Without brain plasticity we could not create the abstract ideas needed to generate an autobiographical memory that allows us to be aware of ourselves, nor could we learn from our mistakes or, in general, have what we call “mental life”. Brain plasticity is such a basic component of the normal functioning of our brain that without it we would be the closest thing to an assembly line robot that we could imagine.

At the same time, brain plasticity makes us very good at developing resilience, which is our ability to overcome very difficult situations. For example, it is known that the perception of subjective well-being does not diminish significantly as we age away from the moment of our birth, which indicates that despite all the blows that life can give us these do not “accumulate” or compromise our happiness in a chronic way. This maintenance in the level of well-being is produced thanks to the capacity of our neurons to reorganize themselves in the most convenient way, even when age makes many of them disappear.

In short, neuroplasticity allows us to stay afloat despite physical and emotional adversities. Although we often tend to mythologize those aspects of the human mind that seem permanent, we must never forget that each of us is a constantly changing being , literally; and this is true for our psyche as well.