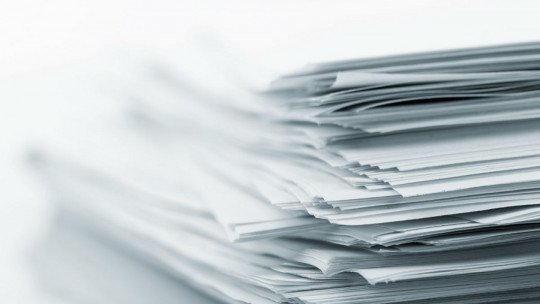 Psychological evaluation encompasses a wide variety of tests and assessments that evaluate different traits of the person, especially personality and intelligence.

In this article we will learn about the California Verbal Learning Test , a test that assesses verbal memory and learning ability, developed by Delis, Kramer, Kaplan and Ober in 1987.

This test consists of a brief technique for evaluating multiple strategies and processes involved in learning and verbal memory. In addition, contributes to the diagnosis and treatment of memory disorders secondary to neurological, psychiatric and learning disorders.

The California Verbal Learning Test (CVLT) (Delis, Kramer, Kaplan & Ober, 1987) is a neuropsychological test used to assess a person’s verbal memory and learning ability . It was validated by Dimey, Matallana and Montañez in 1996.

Specifically, it also assesses the following aspects: recall, recognition, effects of serial position (how it affects the order of presentation of the words in your memory), learning rate, interference and learning strategies.

Its age of application ranges from 5 years to 16 years and 11 months , and its scope is for people with neurological, psychiatric or learning disorders.

The California Verbal Learning Test is guided by a data interpretation methodology based on memory models called “multistorage”. In addition, it is a test that presents an ecological aspect by presenting the lists to be memorized as “shopping lists”, as we will see later on.

The administration of the California Verbal Learning Test takes approximately 35 minutes (although this is variable), and is administered individually.

First the examiner reads a shopping list aloud, called “Monday’s Shopping List. The list contains 16 common words, each of which belongs to one of 4 categories; thus there are 4 herbs, 4 fruits, etc.

The subject is then asked to remember as many words as possible . Distracting tasks to assess interference are also included later, as well as other lists. Let’s look at it in detail:

The examiner then reads a second list, “the Tuesday Shopping List,” and then checks to see if the subject is able to remember and maintain the items on each list separately, or if he or she confuses or mixes the two lists.

Finally, the examiner offers 20 minutes of time to perform other tasks (“distracting tasks”), and then asks the subject again for the 16 words from the first list. Thus, interference is also assessed .

In the application of the California Verbal Learning Test, it has been observed that in general women tend to group more by category than men . On the other hand, patients with different types of brain damage or disorders have shown certain patterns of performance.

For example, patients with Alzheimer’s disease tend to show more difficulty in grouping by category, and they almost never do (for example, they say “oranges, apples, grapes and fish”). Patients with Parkinson’s disease, on the other hand, tend to make repetitive mistakes (e.g., they say “apples, oranges, bananas, oranges”).

The Spanish adaptation of the CVLT is the Spain-Complutense Verbal Learning Test (TAVEC), developed by María Jesús Benedet and María Ángeles Alejandre in 1998 (with its last version in 2014). The TAVEC explores, as does the California Verbal Learning Test, verbal memory and learning.

The TAVEC contains three lists of items that can be grouped into 4 categories to assess learning, interference and recognition.

The test allows to determine the “normality” of the subject, comparing it with a sample similar in age, sex and educational level. It also describes the mode of operation of his memory system (it is based on theories of the modularity of the mind). In addition, it determines the form and reason for deviation, if any, and provides indicators of possible suspicion of dementia .

On a technical level, its administration lasts approximately 40 minutes (similar to the California Verbal Learning Test); it is also individually applicable and the target population is adolescents and adults with and without brain damage (from age 16).