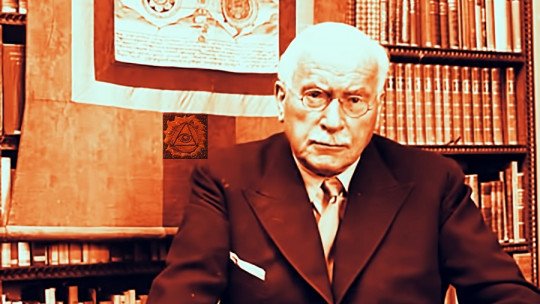 Throughout the history of psychology, numerous authors have developed a large number of explanatory theories of the human mind and the disorders and problems that afflict it.

From different schools and currents of thought, the various scholars of the psyche have focused their attention on specific aspects of the mind, creating a great number of concepts and ways of understanding our being.

The postulates of psychoanalysis

One of the best known at a popular level is psychoanalysis , which focuses on the unconscious drives and forces to explain the ways to face the reality of each one, including those of subjects with mental disorders.

Although the most popular author and one of the most prolific of the psychoanalytic current is its founder, Sigmund Freud, he is not the only author with great importance in the history of psychodynamic psychology. In fact, other conceptualizations of the psyche have emerged from him that question some aspects of the original theory, configuring other schools.

One of them, which separates itself from the more orthodox psychoanalytic tradition, is that of Carl Gustav Jung, from whose work we will now make a selection of his twenty best books.

Considered one of the Neofreudians, a group whose thought partially diverged from the Freudian conception of the psyche, Carl Gustav Jung is the founder of analytical psychology . In this way of understanding the human mind it was psychic energy and not only the libidinal drive that moved behavior, leaving the sexual in a relatively secondary role.

It also differs from Freudian theory in considering that there is not only an individual unconscious, but it proposes the existence of a partially inherited collective one. In other words, it focuses not only on a psychology of the individual but also on a psychology of the collective.The analysis of both types of unconscious and of the structure of the personality from basic processes are a fundamental part of analytical psychology.

Also known for a more spiritual conception of the human being, Jung studied profusely the symbolism of acts and feelings both expressed and inhibited . To Jung we owe concepts such as complexes and archetypes, elements that contribute to the creation of our own identity and individuation and make us who we are.

Also of great interest is the analysis of dreams and spontaneous creations, which for this author arise as a method of compensation and clarification of consciousness.

Although not as prolific as other authors, Jung’s work is extensive and one of the most influential within the psychodynamic current throughout the 20th century .

Let’s see below some of the main works of this author.

Originally called Liber Novus, this book is a work that Jung took about 15 years to complete . In it, one can observe the basis of most of his work, being considered by the author himself as the vertex of his later elaborations.

Some of the issues that can begin to be observed are the existence of the most relevant archetypes or the connection between the structure of the mind and the culture. Jung elaborated the Red Book through self-exploration and confrontation with his own unconscious, using the technique of active imagination. As a curiosity, it should be noted that despite being a work of great importance would not be known until many years after his death, in 2009, due to the initial opposition of his heirs to be published. 2. Archetypes and the collective unconscious

This book deals with one of the most relevant themes of Jung’s work: the idea of a collective unconscious . In it we also observe one of the main concepts created by Jung, the archetype as a psychic expression of the structures inherited from our fellow men, being this the basis on which this important work is based. In this work Jung explores the different types of personality according to three basic processes: the libidinal (which marks if we are introverted or extroverted), the rational (which indicates if we are reflective or sensitive) and the irrational (which shows if we are perceptive or intuitive). These processes mark us both conscious and unconscious attitudes, provoking a certain way of being. 4. Man and his symbols

Dreams and symbolic elements such as culture and art are elements of great importance for the creator of analytical psychology. In the interior of this volume we can visualize how the author, based on the analysis of dreams, proposes an explanation of the profound meaning of our dream projections, art, myths and even our actions in everyday life.

This is the last work the author wrote before his death, and it was intended to be a way of bringing Jung’s theoretical conceptions of symbolism closer to the general public. 5. The complexes and the unconscious

Another of the great concepts introduced by Jung was that of complex , trapped emotional experiences that fail to be recognized in a conscious way and remain trapped in the personal unconscious, generally coming from repressed experiences that involve emotional shocks.

This work explores the unconscious or shadow of the person, and its representation in diverse facets like dreams. 6. Aion, contributions to the symbolism of the self

A work centred on the conception of the self or selbst , the psychic totality whose obtaining is the objective of the process of individuation. This book uses the symbolism of the Christian religion , making Christ an equivalent of the self, and of alchemy to explain what it is and how we structure our self, integrating the diverse concepts and archetypes that lead us to the obtaining of individuality. 7. Conflicts of the Child Soul

Childhood and youth are fundamental periods of development in the configuration of the human being . The existence of conflicts and serious harm in these stages can cause serious damage that can affect the individual throughout the rest of his life.

Throughout this volume, Jung refers to this fact, still showing some Freudian influence and analyzing the effects of children’s psychosexual development and the importance of parents and the environment. Thematically linked to the previous work, in this volume Jung continues to be concerned with children and human development . In this case, the author links culture and symbolism to the construction of the psyche, dealing with themes that are proper to pedagogy and the psychology of education. 9. The psychology of transference

The concept of transference is a constant in the psychoanalytic or psychodynamic current . Understood as the process by which the patient projects his feelings, emotions and lived experiences onto the therapist, the transferential relationship is a complicated and essential part of the therapeutic relationship between patient and professional (although therapy for this author should be based on collaboration between patient and therapist and not on transferential processes).

In this book, Jung reflects on the complexity of transferential processes and his observations on them, drawing obvious parallels with the practice of alchemy. Topics such as the curability of disorders, the way of understanding the processes that produce the pathology or the effect of the unconscious in these cases are some of the issues reflected throughout the essays in this collection. 11. Psychic energy and essence of sleep

Analytical or depth psychology is largely based on the idea of psychic energy as the basis of the psyche and human performance. Understanding this energy as the psychic and emotional force that governs us, in this book we proceed to visualize in a theoretical way the basis of behavior and the transformations that are carried out from this pulsional energy (such as dreams or complexes). Also in this work he relates the unconscious with the instinctive and spirituality.

12. Formations of the unconscious

In this work Jung delves into those formations through which the unconscious is expressed and channelled , such as literature, poetry or artistic representation. The symbolic elements of each element are dealt with, such as the identification and transformation of oneself and of the work itself.

This volume gathers two of the first essays of the creator of analytical psychology , in which he refers to the relationship maintained between the two types of unconscious, individual and collective, as well as between these and the structured set of the self.

14. Writings on Spirituality and Transcendence

A strongly spiritual man, religion is an important element for Jung and relatively frequent throughout his work. Regardless of the specific religious denomination, religious belief and spirituality are part of the culture and the way of seeing and acting in the world. In this book the author makes a dissertation on spirituality and transcendence, trying to understand how the mind is in search of a meaning for reality and being.

15. The practice of psychotherapy

For Jung the individual who suffers from a disorder suffers from the inhibition of his unconscious . The main objective of psychotherapy, then, is to facilitate the redirection of the process of individuation from the dialogue between the conscious and the unconscious. In this compilation, the writings included focus especially on the conception of psychotherapy for Jung, its context, the collaboration with the patient (who must actively collaborate in the therapy) and the way in which it is carried out.

16. Synchronicity as a principle of acausal relationships

Synchronicity is the coincidence of two phenomena linked together in a way that, although it makes sense to link them, cannot be causal. In other words, one situation is not a consequence of the other but its linkage is not limited to coincidence in time. This fact, which the author relates to intuition, is explored in the work that concerns us.

Using the biblical account of the Book of Job, Jung establishes an interesting controversy between the emotional and the rational , the person and the shadow. In this work we can see the suffering caused by the passions and emotions, which are unbridled in the attempt to make them rational. It is an interesting reflection of the psychology of the unconscious.

This work gathers several texts by the author , in which we can contemplate the process of social transformation characteristic of the time, with varied sociological themes such as the role of psychology in the era, the role of women, love and catastrophe, the conceptions of different peoples or the concepts of good and evil according to analytical psychology.

The historical context in which the work was published should be taken into account, from the end of the First World War to shortly before the construction of the Berlin Wall (through the happy 1920s, the Great Depression and the Second World War, among others).

A work made in collaboration with Aniela Jaffé , in this volume Jung shows part of his autobiography, exploring the childhood and personal life of the author. It is not limited to a biography of these aspects, but also includes his work as a researcher of the human mind, his theories and hypotheses about the unconscious, the role of symbolism and phylogenetic history, the therapeutic relationship and psychotherapy.

It is therefore a book that helps to understand the figure of the author, his history and his deepest thoughts about the human psyche and the role of the psychologist.

20. Metamorphosis and symbols of the libido

Although other volumes better reflect Jung’s ideas and theories, this work has been considered within the present list because we are dealing with the work that initiated the first divergences that culminated in the separation of Jung from Freud, due to the secondary conception of the sexual aspects and the rejection of the Oedipus complex (in the second part) for the creator of depth psychology.

This collection of writings by Carl Jung contains texts that belong to the period in which psychoanalysis has finished consolidating itself in Europe, especially during the first two decades of the 20th century. Here the principles of Freudian theory are exposed , concrete aspects of how it was usually applied, and the criticisms that Jung directed to what he understood to be a suffocating discipline that considered the religious and spiritual dimension of the human being in a too rigid way.