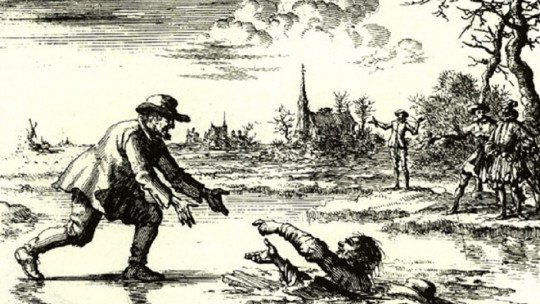 Social psychology attempts to describe the laws that regulate the interaction between people and their influence on behavior, thought and emotion.

From this branch of psychology, theories have been formulated on how we explain our own and others’ behaviour, as well as the events that happen to us; these models are known as &amp;quot;theories of causal attribution&amp;quot; .

The Austrian Fritz Heider formulated in 1958 the first theory of causal attribution to explain the factors that influence our perception of the causes of events .

Heider believed that people act as ‘naive scientists’: we connect events to unobservable causes in order to understand the behaviour of others and to predict future events, thereby gaining a sense of control over the environment. However, we tend to make simple causal attributions that take into account one type of factor in particular.

Heider’s attributional model distinguishes between internal or personal and external or environmental attributes . While the ability and motivation to carry out behaviours are internal factors, luck and task difficulty stand out among the situational causes.

If we attribute our own behavior to internal causes we take responsibility for it, while if we believe the cause is external this does not happen.

Edward E. Jones and Keith Davis’ theory of attribution was proposed in 1965. The central concept of this model is that of corresponding inference, which refers to the generalizations we make about the behavior that other people will have in the future depending on how we have explained their previous behavior.

Fundamentally, Jones and Davis stated that we make corresponding inferences when we believe that certain behaviors of a person are due to their way of being. To make these attributions, we must first be able to say that the person had the intention and the capacity to carry out the action.

Once the intention attribution has been made, there will be a greater probability that we will also make a dispositional attribution if the evaluated behavior has uncommon effects with other behaviors that could have occurred, if it is socially frowned upon, if it affects the actor intensely (hedonic relevance) and if it is directed at the person making the attribution (personalism).

Harold Kelley formulated in 1967 a theory that distinguishes between causal attributions based on a single observation of behaviour and those based on multiple observations.

According to Kelley, if we have only made one observation, the attribution is made according to the configuration of the possible causes of the behaviour. For this we use the causal schemes , beliefs about the types of causes that provoke certain effects.

They highlight the scheme of multiple sufficient causes, which applies when an effect can be due to one of several possible causes, and the scheme of multiple necessary causes, according to which several causes must concur for an effect to occur. The first of these schemes is usually applied to common events and the second to more infrequent ones.

On the other hand, when we have information from various sources we will attribute the event to the person, to the circumstances or to the stimulus depending on the consistency, distinctiveness and consensus around the behaviour.

In particular, we more easily attribute an event to the personal dispositions of the actor when consistency is high (the person reacts the same in different circumstances), distinctiveness is low (he behaves the same way in the face of multiple stimuli) and consensus is low (other people do not carry out the same behaviour).

Bernard Weiner’s 1979 theory of causal attribution proposes that we distinguish causes according to three bipolar dimensions: stability, controllability and locus of control. Each event would be located at a given point in these three dimensions, giving rise to eight possible combinations.

The poles stability and instability refer to the duration of the cause. Events can also be totally controllable or uncontrollable, or fall somewhere in between in this dimension. Finally, the control locus refers to whether the event is mainly due to internal or external factors; this dimension is equivalent to Heider’s theory of attribution.

Different people may have different causal attributions for the same event; for example, while for some people failing a test would be due to lack of capacity (internal and stable cause), for others it would be a consequence of the difficulty of the test (external and unstable cause). These variations have a key influence on expectations and self-esteem .

Very often we make causal attributions in a logically wrong way. This is largely due to the presence of attributional biases, systematic distortions in the way we process information when interpreting the causes of events.

The fundamental error of attribution refers to the human tendency to attribute behaviors to internal factors of the person who carries them out, ignoring or minimizing the influence of situational factors.

2. Differences between actor and observer

While we often attribute our own behaviors to circumstances and environmental factors, we interpret the same behaviors in others as a result of their personal characteristics.

People think that others have opinions and attitudes more similar to ours than they really are; we call this “false consensus bias.

There is another complementary bias, that of false peculiarity , according to which we tend to believe that our positive qualities are unique or infrequent even if they are not.

The concept of ‘self-centred attribution’ refers to the fact that we overestimate our contributions to collaborative tasks. We also remember our own contributions more than those of others .

The pro-self bias, also called self-serving or self-reliant bias , refers to our natural tendency to attribute successes to internal factors and failures to external causes.

The self-serving bias protects self-esteem. It has been found to be much less pronounced or to be reversed in people who are prone to depression; this is the basis of the concept of ‘depressive realism’.