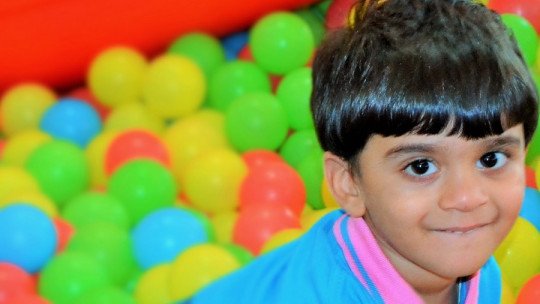 Some children may have some difficulties in their daily lives. These limitations may be due to simple individual differences, as some children are better at some aspects while others are more difficult.

But sometimes, problems can be really worrisome, especially if a disorder explains them . That is why intervention focused on improving the weaknesses a child may have is something fundamental to achieve optimal intellectual and motor development.

Children’s occupational therapy is in charge of detecting the limitations that a child may manifest, analyzing how to correct them and initiating a program focused on this improvement, with the intention of achieving full development at home, at school and socially.

In this article we are going to talk about this type of therapy, explaining it in more detail how it is carried out and which are the characteristics expected in those professionals who carry it out.

What is Child Occupational Therapy?

Children’s occupational therapy is a type of intervention that specializes in finding out what problems a child may have that make it difficult for him/her to have a developmental rhythm and vital fullness expected in other children of the same age. This type of therapy aims, once the limitations suffered by the infant have been detected, to initiate a process of overcoming them and to promote greater autonomy in the child.

Although usually focuses on those problems related to motor skills , such as problems with walking or picking up objects, the truth is that we should try to go a little further than this, and see if there could be problems in the sphere of cognitive or even perception. The aim is to improve fine motor skills, gross motor skills and motor planning, as well as problems of self-regulation and sensory processing.

There are several reasons that may be behind a child suffering from some kind of problem that affects his/her behavior and interaction with the world around him/her, being especially significant developmental disorders and medical diseases.

One of the disorders in which this type of intervention is most needed is dyspraxia, in which coordination problems occur, although it can also be applied to people suffering from autism spectrum disorder, cerebral palsy and other developmental problems.

The word “occupational” indicates that this type of therapy focuses on equipping the child with the necessary tools to be able to accomplish everyday activities , such as lacing his shoes, using the pencil or scissors correctly, or preparing the backpack.

All these daily actions are within several spheres of fundamental importance for the mental and physical health of the infant, such as self-care, leisure, social interaction and participation in activities in conjunction with other children.

Thus, occupational therapy for children is a type of intervention whose objective is to make the child as independent and autonomous as expected at his or her age, and thus make the rest of the learning that may occur naturally easier. This child-focused therapy can be carried out at school, in the child’s own home, in hospital and in specialized health centers.

How is it done?

Learning, during the first years of life, takes place mainly through interaction with the environment . Children relate to and become familiar with the world around them. This child-world interaction is what allows the infant to develop, especially in terms of motor skills and intelligence.

Every child is a world, and if we add to this the fact that each behavioral and intellectual facet can develop differently, it is possible that there are children who are more advanced in some aspects while in others they are quite behind.

For this reason, to give an example, it is recommended that from the moment the child is born, you speak to him/her, even if you do not have the ability to pronounce “mama” or “dada”. Having received this type of stimulation from the moment he or she arrived in the world contributes to the child learning to speak sooner and more fluently.

Therapy is tailored to the specific needs of the child, so before therapy begins, the child occupational therapist should analyze the child, see what skills and challenges are present in their day-to-day life, and understand what daily tasks, whether at school or at home, are causing them problems.

From all this information, the professional will elaborate an intervention program with activities focused on the improvement of the child’s weak points .

Some examples of activities commonly done in children’s occupational therapy are as follows:

The sooner this therapy is performed, the more benefits will be achieved . Working on what is a problem and improving it can have the effect of improving the child’s satisfaction, seeing that there are problems that apparently had no solution how they are being fixed, as well as improving their self-esteem. This can have another positive effect, such as greater confidence when interacting with other children.

Detecting children’s limitations in time is crucial, since children with problems, especially in the area of motor skills, are often not very well accepted by other children, who may make fun of their difficulties, depress them, negatively affect their school performance and isolate themselves.

Childhood is a critical period . That is why the professional who carries out any kind of therapy focused on children should be a specialist in the field.

In the case of child occupational therapists, it is necessary that, in addition to having extensive knowledge of psychology and pedagogy, they know about motor skills that allow to improve both fine and gross motor skills and aspects more related to the mind such as planning and sensory stimulation.

They must have sufficient skills to enable them to deal with the difficulties that children may face, either by intervening individually or in groups of varying sizes. In addition, they must know what the interactions between these children are like and whether there is any kind of social hierarchy in the group that depends on the difficulties of its members.

The main task of occupational therapy, as mentioned above, is to detect to what extent the child’s difficulties prevent him/her from relating to the world, from having a satisfactory level of physical and psychological maturity and to what extent he/she is further behind than other children of the same age.

The child occupational intervention must comply with the following phases :