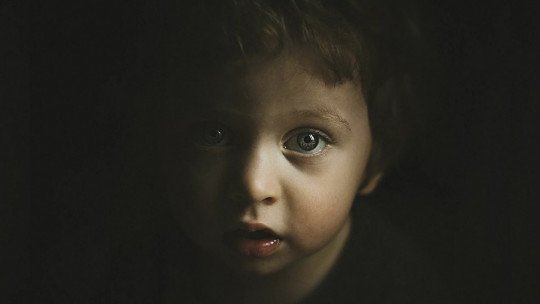 What’s your first memory? The answer to this question will mostly be a situation or a brief image of some event or feeling we experienced in our early childhood , mostly corresponding to when we were between three and five years old. But at that time we had already been alive for several years. Our brains were already processing the information coming from the environment and we were even able to learn skills, information and ways of acting.

What happened before that first memory? Why can’t we remember something before that, like when we learned to walk or talk? The explanation for this memory gap has a name: it is called childhood amnesia .

What is childhood amnesia?

Childhood amnesia is defined as the inability to remember phenomena and situations that occurred in our early childhood , on an autobiographical level. That is, we retain for example the skills acquired in this stage (e.g. walking or talking), but not how we did it.

This amnesia usually affects memories that occurred before the age of three . In fact, when we are asked about our first memories most people usually indicate some kind of element or situation they experienced from that moment on. Occasionally it is possible to remember some previous element, but this is not frequent and would be limited to some very significant phenomenon or a sensation or image.

It has been shown that babies have the capacity to generate memories, but they quickly forget them . And even on an autobiographical level: five-year-olds can identify and remember a situation that happened when they were two. These memories simply disappear over time. Thus, what would happen would be a real amnesia since it is not that they do not exist but that they fade away with time.

There are cases of people who claim to vividly remember previous phenomena. Although in some cases this could be the case, for the most part we are not dealing with an authentic memory but with an elaboration generated from the information we have in the present (for example, from what our parents have told us happened). And in many cases, whoever says such a thing is not lying, but has generated a false memory that is lived as true.

When does he show up?

This early amnesia has always been observed in adults, but research shows that such amnesia is visible even in childhood. Specifically, the experiments and research of Bauer and Larkina in 2013 indicate that childhood amnesia generally appears from about seven years of age .

Why don’t we remember anything about our early years?

Why childhood amnesia is something that has intrigued researchers in this area and generated a great deal of research. Despite the fact that there is still no total consensus on the exact causes why we are unable to remember practically anything about our early years, there are several hypotheses on this subject. Some of the best known are the following.

Some authors consider that childhood amnesia is due to the lack of an inadequate codification due to the absence or lack of language development , as a structure that allows the organization of information. Until the development of this ability we would be using an iconic representation in which we would remember through images, but once the memory begins to be codified and organized through language, these first memories would end up weakening and later being lost.

There are also neurological hypotheses. In this sense, some recent research seems to indicate that the absence of memory from this period could be linked to the immaturity of our brain and the neuronal overpopulation we have during the first years of life.

During early childhood our hippocampus is immersed in a constant process of neurogenesis, dramatically increasing the number of neurons we possess (especially in the dentate gyrus). This constant growth and creation of neurons makes it difficult to record information in a persistent and stable way, losing autobiographical information.

The reason for this may be in the degradation of memories by replacing the new pre-existing neurons , or in the fact that the new ones are more excitable and activated than those already in the brain.

There may also be a link between this forgetfulness and neural pruning, in which part of the neurons in our brain die in a pre-programmed way to improve the efficiency of our nervous system, leaving only the most powerful and reinforced connections.

3. Hypothesis on the formation of the Self

Another explanation that has been proposed suggests that we are unable to remember our first moments because in those ages we still do not have a self-concept or an identity: we are not aware that we are, that we exist, so there is no “I” from which we can draw up a biography .

Besides these, we can find many other hypotheses that have been overcome by the development of Psychology. For example, from the classic psychoanalytic model it was proposed that forgetting is due to the repression of our instincts and the Oedipus conflict.