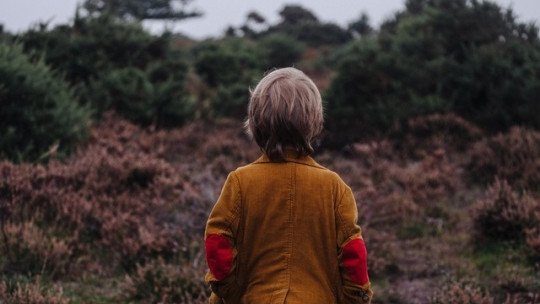 It is commonly believed that children do not grieve the death of a loved one in the same way that adults do, because they are not able to openly express their feelings.

Children face death according to their age and stage of development, but the way they manage to face this event depends on the accompaniment and management by adults. The deaths that can affect a child the most are those of a parent, especially the mother.

Ages of child and grieving process

A child under the age of three does not have the cognitive capacity to understand what death is . If his mother is absent due to death or illness, he will perceive it as abandonment and reflect it with insecurity; if the mother dies, the longing for his mother to return will persist for years. At this age they often show apathy, irritability, passivity, loss of sleep and weight.

From the age of four to six, children’s way of thinking is concrete, so they conceive dead people as asleep and believe that one can “wake up” from death . At this age they still do not understand that there can be something after death, as it is beyond their cognitive capacity. At this age they may need constant reminding that the person has died and will not return.

At this age they often manifest themselves with setbacks such as bed-wetting, fear of separation and abandonment, loss of sleep and appetite, guilt and temper tantrums. Many times their behaviors are focused on being treated like younger babies.

From the age of six to nine they already manage to understand the concept of death , sometimes they personify the dead as ghosts or angels, however, they perceive death as something alien to them. When a child of this age expresses his grief aggressively, we are faced with a defense mechanism to prevent the pain from affecting him more. Other children are often very curious about death as a way of accepting what has happened, and they may also begin to show new fears.

From this age onwards, if they are indifferent to the event, it may be because they are ashamed to express their feelings and not precisely because of repression.

From the age of 9

After the age of 9 they already manage to understand death as inevitable and irreversible even for themselves . However, their mourning is still complicated. They may experience anhedonia, guilt, anger, shame, anxiety, mood swings, eating and sleeping disorders.

How do you talk to children about death?

When there is a terminal diagnosis from someone close to the child, I or better is to say it openly and start explaining what death is . When we anticipate events to children they become less stressful than they would be without anticipation. It is important to tell them the truth with a very specific vocabulary, such as “he is going to die”, “he has died” and not to say “he has left” because children may interpret that the person has gone somewhere else and has not said goodbye to them, which could cause more anger, pain and anxiety.

When you tell your child that someone has died, it is important to talk about the natural feelings that come with this event: “We are sad because he has died and we are going to miss him”, so the child will understand that what he is feeling is sadness and it is normal that he is feeling it. When giving the news, it is best for adults not to hide their feelings but also not to show excessive emotions that could scare them.

At this time, regardless of religious beliefs, the way in which God is spoken of is delicate because it could generate anger towards the “figure” who has decided to take his mother or father. All the questions that arise for the child must be answered as concretely and simply as possible.

Children should also participate in the rituals that are performed to say goodbye to the person who has died, as the rituals help us to close cycles and taking advantage of that “goodbye” moment can help the child to better elaborate on his or her grief. We must not forget that grief in children can last months or even years, it is necessary to have patience at all times .

Seeking out support networks with friends and family can also help adults close to the grieving child at this time. Each child is different and will grieve in his or her own way, but regardless of age it is advisable to seek the advice of an orthopaedic surgeon or child psychologist who can guide both the child and the family through a good resolution.