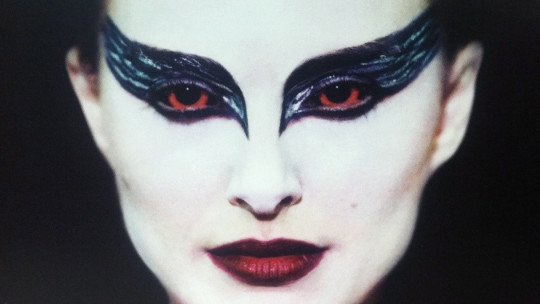 The werewolf figure is a classic in both science fiction and the mythology of different cultures. Since ancient times, human beings have generated figures that mix characteristics of humans and different animals, considering them from gods (as in ancient Egypt) to products of a curse (in the Middle Ages or even in ancient Greece).

Also throughout history, many people have claimed to be or become an animal, some living in genuine fear. It is believed that many of these people suffered from a strange mental disorder called clinical lycanthropy , which we will discuss in this article.

Clinical lycanthropy or lycomania is considered a mental disorder characterized mainly by the existence of the hallucination of being or being transformed into an animal . This hallucination is accompanied by the perception of supposed bodily changes, with many patients noticing how their physical appearance has changed over time. The shape and size of the mouth or teeth, or even the sensation that they were shrinking or enlarging, has been manifested in several of the recorded cases. The period in which these people consider to be transformed varies greatly, ranging from one day to fifteen years.

Clinical lycanthropy is not or need not be limited to a belief, but also maintains typical behaviours of the animals in which they believe to be transformed . Among other behaviours, they may move like them (on all fours for example), moan or howl, attack or even feed on raw meat.

A rare and unrecognized disorder

This is a strange and not very common disorder, of which in fact between 1850 and 2012 one of the authors who has explored the disorder, Blom, has found only thirteen documented cases. Although it is not an internationally recognized disorder since there are few cases and its symptoms are largely attributable to disorders such as schizophrenia to some psychotic outbreaks , some authors have come to generate some diagnostic criteria. Among them is the fact that the patient claims to be an animal, assures in a moment of mental lucidity that he sometimes feels like an animal and/or performs typically animal behaviors such as those mentioned above.

It is important to note that although technically lycanthropy refers to wolves, people who suffer from this disorder may believe they are transforming into very different animals beyond wolves. Cases have been detected in which the person believed to be transforming into horses, pigs, cats, birds, toads or even insects such as wasps. In some cases it has even been recorded that the patient refers to progressively transforming himself or herself into different creatures until returning to being a human being.

Although very few modern cases of clinical lycanthropy are considered to be registered and meet the criteria stipulated by some authors, the truth is that the belief in werewolves is very old and shared by many cultures. It should be noted that the belief in animistic and totemic elements was much more widespread than today, which explains why most cases and myths date back to ancient times. But this phenomenon was not always given a spiritual explanation . In fact, there are records that already in Byzantine times indicated that some kind of mental alteration existed behind some of them.

During the Middle Ages, however, many cases of people who were considered or who others considered to be Lycans were persecuted and burned, in many cases considering them examples of demonic possession. Despite this, even at this time some supposed cases were treated medically (although with little success). Probably the high degree of belief in supernatural elements facilitated the expansion of the werewolf myth and possibly this could have influenced the appearance of a greater number of cases.

However, scientific advances and the progressive decline of beliefs regarding magic and spirits made it less and less frequent to believe in the possibility of being possessed and/or being able to transmute into an animal. Cases of lycanthropy have been decreasing over the years, probably for this reason.

The causes of this mental disorder

Clinical lycanthropy is a very rare disorder, with very few cases found worldwide. That is why the research on this condition is minimal , and there are no really contrasting theories on the factors that may cause it.

However, the presence of neurological injuries and cognitive impairment associated with the evolution of different diseases (including dementias) could be one of the possible causes: Although the number of known cases of clinical lycanthropy is scarce, in two of them some researchers have been able to obtain images of his brain and records of his brain functioning. The brain records of these two subjects seem to indicate that at times when they believe they are transforming, an abnormal pattern in brain function occurs. With regard to the information obtained by neuroimaging, it has been observed the presence of alterations in the regions of the brain that process proprioception and sensory perception, with the somatosensory cortex being altered.

Others that different authors have maintained throughout history have exposed that this alteration may be due to some type of remnant of the socio-cultural evolution as a species, being frequent in ancient cultures that imitated the wolf or other animals with the purpose of obtaining their associated characteristics (force, speed, ferocity) in order to benefit our survival. Those who have such a hallucination could be unconsciously seeking to acquire the qualities of the animals with which they hallucinate, as a way of facing up to situations of frustration or stress .

Psychoanalysis has also explored the vision of transformation as the fact of letting oneself be what one is, with this hallucination being a form of avoiding guilt or confronting conflict. It could also emerge as a mental maximization of the bodily changes that we experience throughout our evolutionary development.

Although clinical lycomania or lycanthropy has special characteristics in relation to other disorders (such as the involvement of brain areas that regulate proprioception), it can be considered as part or symptom of other mental and neurological disorders .

The disorder with which it has been most frequently associated is the presence of schizophrenia, although hallucinations in this disorder are usually auditory and not so much coenesthetic and haptic as in lycanthropy. Another condition with which it is associated is chronic delusional disorder. In general, it is considered a psychotic type of disorder . In addition, it has been associated with experiencing manic episodes, in which different types of hallucinations may appear.