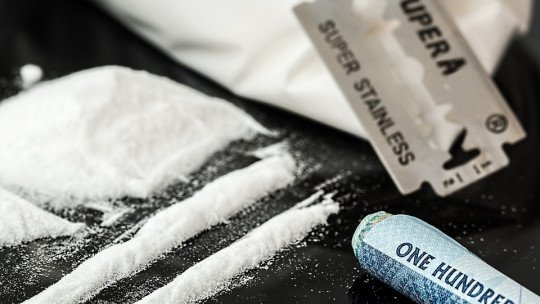 Juan was a 17-year-old boy when he started using cocaine . At that time, he used to smoke cannabis and drink alcohol like many young people do today, but sometimes he “snorted a gram of coca to hold on to more” as he says. As the years went by, he used more often, and even snorted a few lines at work because it made him “more plugged in,” in his own words.

At 30, he almost died. It all happened very quickly, when Juan was caught at a police checkpoint and swallowed three grams of cocaine so that the police would not catch him in possession of the drug. After swallowing it, the bag containing the drug was opened and in a matter of seconds Juan suffered a heart attack. Minutes later, he suffered two more heart attacks, until fortunately he was able to be stabilized in the hospital, being resuscitated by the paramedics. Like Juan, it is common for many people to put their lives at risk with drug consumption, and cocaine is one of the preferred substances by users . But what is inside a line of this substance? In today’s article we will reveal it to you.

Cocaine is a very addictive type of drug that belongs to the group of stimulants. Although often associated with a white powder that is snorted, coca can also be injected or smoked, the latter being known as “basuco” or “paco”. On the street, coca is called by different names, such as “farlopa”, “farlis” or “nieve”.

When we speak of a line (or cleca ) of coca, we refer to the line of white powder that is prepared to be snorted . Sometimes, a smaller line is also made, and after soaking a cigarette with saliva, it is glued to be smoked. This is called “chino”. Coca is a substance extracted from coca leaves (in South America it is usually chewed) and was originally used as an analgesic.

To know more: “Types of drugs: know their characteristics and effects”

Juan tells us that: “at first I used coca because it made me feel euphoric, it made me feel great, I was very concentrated and energetic. It’s crazy, because after a while I needed to take it every day. It caused me a lot of problems: I lost my good friends and family and I was financially ruined.

Cocaine is possibly one of the most dangerous drugs for human beings, since it is highly addictive . The profile of the cocaine addict is different from that of other drugs, such as the heroin addict, who is physically destroyed and often ends up, in isolation, in slums. The cocaine addict may lead a normal life and live in upper-middle class neighbourhoods, as cocaine use is expensive and therefore not within everyone’s reach.

The negative consequences of cocaine use

When someone becomes addicted to coca they have serious difficulties in quitting, since the person becomes mentally and physically imprisoned by this psychoactive substance. H oday, cooking is a billion-dollar business, but it destroys many lives .

The consumer profile comprises different ages, but health problems appear at any stage of life. People who consume coca can suffer respiratory problems, cardiovascular and cerebral infarctions, and hemorrhages in the brain, among other negative consequences for their health. Despite this, cocaine use continues to increase around the world.

What’s in a line of cocaine?

But what’s inside a line of cocaine? Are the users of this drug really aware of what they’re taking? When someone buys drugs on the street they don’t really know what’s inside that illegal substance, because it doesn’t pass any control. This allows the drug dealers to add substances (often harmful) in order to obtain a greater economic benefit .

The truth is that, contrary to what many people think, the coca line carries everything but cocaine. According to the Diario de Galicia , within a coca stripe there can only be between 5% and 40% of this substance. Moreover, inside the line there can be traces of chalk, rat poison, pesticides or detergents.

Coca arrives in Spain with 80% purity but here it is “cut” to produce a greater economic benefit. Although the traffickers are aware that a percentage must be maintained so that the drug does not lose its value on the market, it can happen that, in coastal areas, very poor quality cocaine is sold to foreigners or people from outside.

What do you cut cocaine with?

Cocaine is cut with different substances, some of them very dangerous. Here is a list of substances that are added to a line of cocaine:

Knows the different types of drugs

Drug use is one of the biggest problems facing society today . Because the consequences of addiction to this type of substances are not only suffered by the users, but also by their families and people close to them. If you want to know more about the different types of drugs that exist, you can consult this article: Types of drugs: know their characteristics and effects.

You can also visit our section dedicated to drugs and medicines, where you can find monographs, news and research related to the different prohibited substances.