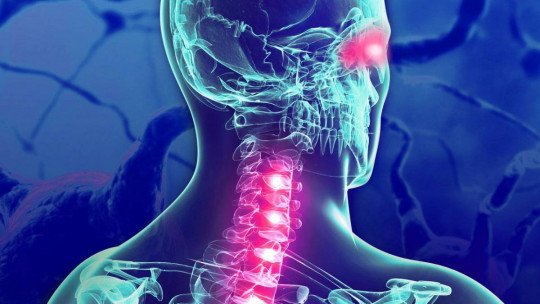 Cognitive impairment due to multiple sclerosis is present in 40-65% of people with this disease and affects functions such as memory, language or executive functions.

Let’s look in more detail at what this disease is and the cognitive impairment it causes.

What is multiple sclerosis and how does it happen?

Multiple sclerosis is a chronic autoimmune central nervous system disease . It is one of the most common neurological disorders among the population in their 20s and 30s.

This disease affects the myelin or white matter of the brain (substance that surrounds and isolates the nerves) and the spinal cord, causing the appearance of sclerotic plaques that deteriorate the normal functioning of these nerve fibers.

The immune abnormality that produces multiple sclerosis manifests itself in symptoms such as fatigue, lack of balance, pain, visual and cognitive alterations, speech difficulties, tremors , etc. In addition, on occasions a cognitive impairment occurs that affects cognitive functions such as memory, language or executive functions.

The aetiology of the disease is complex and is related to different genetic and environmental factors, such as infection by the Epstein-Barr virus, tobacco, vitamin D deficiency or ultraviolet light.

The course of multiple sclerosis cannot be predicted, and the cognitive impairment it causes may vary from one individual to another and depending on the phenotype of the disease.

The following phenotypes of multiple sclerosis have been described:

Cognitive impairment in patients with multiple sclerosis has a major impact on these people’s activities of daily living. The following are the main cognitive domains affected in this disease.

Memory is affected in 40 to 65% of patients . The main deficit is observed in the processes of acquisition, codification and learning of information, which is manifested, for example, when remembering names, conversations or book arguments.

Patients need more trials and repetition to learn, although once they have learned a piece of information, performance on recall and recognition tasks is similar to that of healthy subjects.

2. Attention and speed of information processing

These cognitive functions are affected in 20 to 25% of patients with multiple sclerosis . They are altered practically from the beginning and indicate an incipient cognitive deterioration.

Patients have problems maintaining and manipulating information in working memory tests, as well as in tasks that require some processing speed.

They also show difficulties in following a conversation, a reading or a film, as well as in processing the information they have just seen, when the activity has already changed.

Executive functions are impaired in 15 to 20% of patients . This alteration is manifested in tasks that require abstract reasoning, planning, problem solving or cognitive flexibility.

On a day-to-day basis, patients have difficulties when they need to plan details of a trip, manage resources or keep an agenda, for example. They also have many problems anticipating events and changing strategies to provide solutions.

Between 20 and 25% of patients see their language altered in multiple sclerosis . The main difficulty is observed in verbal fluency, the ability to produce fluent spontaneous speech. This alteration also affects the memory of evocation, executive functions and processing speed.

Although language is affected, aphasias are not too common in this disease.

The visuospatial functions, in charge of representing, analysing and manipulating objects mentally , are affected in 10 to 20% of patients with multiple sclerosis. The patient has difficulties in recognizing objects, such as faces, and in performing tasks of visual relation and integration and processing forms.

Complications are also observed in spatial calculation (depth perception), which can cause problems in driving vehicles, due to altered distance perception.

According to scientific studies, this type of cognitive intervention brings benefits to patients, with improvements in cognitive domains such as memory and in the general quality of life of affected people.

With regard to pharmacological treatment, various studies with stimulant drugs such as amantadine, l-amphetamine or modafinil have not yet shown conclusive data regarding their efficacy, despite their use in this type of disease.

The drugs used in Alzheimer’s disease, such as cholinesterase inhibitors, donezepil, rivastigmine or memantine, have also not shown conclusive efficacy.

Cognitive reserve is the ability of our brain to compensate for age-related impairment or cognitive decline resulting from disease. This capacity is determined, to a great extent, by the brain activity maintained previously, the knowledge acquired and the good or bad habits adopted.

Recent research has found that cognitive reserve in multiple sclerosis is a protective factor against long-term neurocognitive decline. This could modulate the severity of the symptoms of the deterioration, modifying the clinical expression of the disease itself.