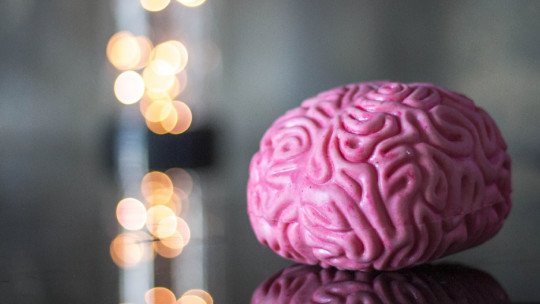 The enormous technological progress that has been made in the last half century has allowed the development of fields of study that previously did not exist as such. In this article we will review the definition, objectives, history and methods of study of cognitive neuroscience , the result of the integration of many sciences that study the brain.

What is cognitive neuroscience?

The main objective of cognitive neuroscience is to understand the human mind; in particular, this discipline aims to identify the relationship between cognitive phenomena (as well as their observable manifestations) and the brain structures on which they are based. In other words, this science seeks the biological bases of cognition .

To do this, cognitive neuroscience scholars use an interdisciplinary approach that combines brain imaging, neurophysiology, mathematics, behavioral genetics, computer science, psychiatry, psychometry and experimental psychology, as well as any other scientific paradigm that may be useful.

The field of study of this discipline largely overlaps with that of cognitive psychology . The development of advanced methods for studying the brain has favoured a rapprochement between this branch of psychology and other sciences interested in anatomy and the functions of the nervous system, such as psychiatry, making it difficult to distinguish between them.

What cognitive processes are you studying?

Among the processes and aspects of human experience that fall within the area of interest of cognitive neuroscience we find learning, language, intelligence, creativity, consciousness, attention, memory , emotion, decision-making, empathy, social cognition, perception of one’s own body or the sleep-wake cycle.

A particularly relevant aspect for cognitive neuroscience is the analysis of the cognitive deficits present in people with brain injuries and alterations, since the relationship between neurological damage and consequent cognitive and behavioural disorders allows the inference of functions that depend on the regions affected.

On the other hand, developmental cognitive neuroscience is a sub-discipline that deals with the analysis of the changes that occur in the brain, and consequently in the cognitive functions and the corresponding behaviours, throughout life, from gestation to ageing.

History of this discipline

If we analyze the history of science we can find multiple antecedents of cognitive neuroscience. Among these we can highlight the phrenology of Franz Gall, who tried to attribute each mental function to a different area of the brain, the localizationist theories of John Hughlings Jackson or the pioneering studies of Broca and Wernicke on brain injuries.

However, the consolidation of this paradigm as we know it today has been fundamentally attributed to the popularization of cognitive psychology and neuropsychology , closely linked to the development of neuroimaging techniques such as functional magnetic resonance or positron emission tomography.

These methodological advances favoured the integration of contributions made by many disciplines with respect to the relationship between the brain and cognition. Thus, cognitive neuroscience emerged between the 1960s and 1980s as an interdisciplinary paradigm that made it possible to study the human mind using all available techniques.

George Miller and Michael Gazzaniga coined the term “cognitive neuroscience” in the late 1970s. Until then, cognitivist-oriented psychology and neuroscience had developed independently, with little work linking the knowledge of both.

In recent decades the emphasis on brain localizationism that was typical of the beginnings of cognitive neuroscience has been overtaken by the study of cognitive functions as what they really are: a set of very complex processes widely distributed by the nervous system.

Techniques and methods of study

The methods of studying cognitive neuroscience vary as much as the branches of science from which this discipline draws its strength. Currently, however, there is particular interest in the use of neuroimaging techniques to study the anatomy and functions of the brain .

In this sense, functional magnetic resonance, which allows the analysis of neuronal activity through the changes that occur in the blood flow of different regions of the brain, or electroencephalography, which consists of the measurement of the brain’s electrical activity by placing electrodes on the scalp, are particularly noteworthy.

Psychophysics, which is defined as the study of the relationship between physical stimuli and the sensations they cause, was fundamental in the early analysis of cognitive processes such as forgetting or auditory perception. Currently, some of its methods are used within the framework of cognitive neuroscience, such as transcranial magnetic stimulation.

In the near past, techniques that are based on recent computer advances, such as the experimental and exploratory use of computational models, artificial intelligence or virtual reality , have acquired great relevance. On the other hand, cognitive and behavioural genomics are providing highly relevant data to cognitive neuroscience.