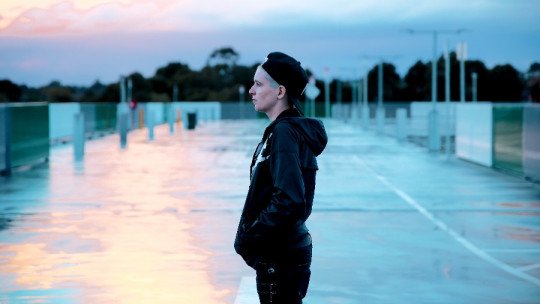 We are all born with a few innate abilities that allow us to survive in our environment, such as the sucking instinct or the crying instinct that allows us to get the adult’s attention when the baby has some need. Behaviours that make up a wide repertoire of behaviours that do not need to be learnt beforehand. Other skills such as walking, swimming or speaking a language are acquired throughout life.

In the same way, we acquire skills to relate sexually to other people . This learning will be fundamentally conditioned by three variables: the experiences lived, the education received in the immediate environment and the norms that the culture marks in each moment through a frame of reference in which we must move.

What is the Sexual Assignment Framework?

It is the sexual model that culture has instilled in us and on which we build our way of living and expressing our sexuality.

This framework in our culture (and in many others) marks the red lines on which our sexual behaviour should be framed . It determines what is right or wrong, what is expected of us according to our age or whether we are male or female.

The reference framework is composed of a structure where four fundamental blocks are identified and listed below.

1. The end of sex is reproductive

For centuries, it has been understood that reproduction was the most important end of sexual intercourse . This has fortunately changed in recent decades, reproduction takes a back seat to the pleasant end.

2. The frame of reference is Coitocentric

Given the importance that reproduction has had until recently in sexual relations, intercourse or vaginal penetration has represented since the distant past the practice of choice during sex, as it is the behavior that most increases the probability of fertilization. This idea has been perpetuated and remains active in the present.

In this way, the coitus instead of being interpreted as one more sexual practice, is considered as the center of the sexual relations , everything revolves around it, hence the term “Coitocentric”. A clear example of this has been the importance given over the centuries to “virginity”, that is, the first time that vaginal intercourse is performed.

If the primary purpose of the relationship is the reproductive one and to reproduce I need to have intercourse, to have intercourse I need genitals. The embarrassment or need that almost everyone feels to hide this part of our body in most contexts (something obligatory when going to a public swimming pool for example) justifies this idea.

The association we learn between sex and genitals is so powerful that it prevents us from understanding a sexual relationship without genitals . The importance that culture has given to the size of the penis associated with sexual potency/ pleasure, also explains why genitals are considered for the frame of reference vital piece of sexuality.

4. Inequality between men and women

The frame of reference we learn is macho, as it attributes to men a number of priorities and obligations in the sexual field and to women others. In heterosexual relationships, men must always feel like having sex, they must give the woman pleasure and they cannot fail, that is, they must have an erection in every relationship and they must last at least as long as she needs to reach orgasm, among other obligations.

The woman, on the other hand, should not show too much sexual desire to avoid being labeled “light” , she has to include the emotional in their sexual relations (so as not to do “sex for sex”) and enjoy the sound that marks the male, among others.

Focusing too much attention on intercourse can lead to undesirable consequences such as the appearance of sexual dysfunctions (premature ejaculation, erectile dysfunction, etc.). Therefore, it is convenient to think that:

In short, being critical or at least reasoning about the positive and negative consequences of what culture sometimes imposes on us and choosing the option that best suits our tastes (even choosing to be very coitocentric), will make us freer in many areas, including sex.