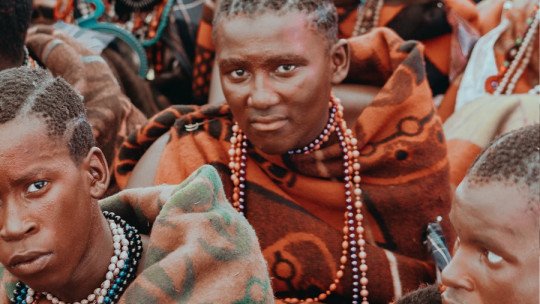 Words have the power to abstract, in a more or less simple and/or articulated sound, complex situations that any individual faces both outside and inside. From material objects to subtle affects, everyone can be represented with them.

However, the way in which we shape words depends on how the society in which we were born and developed perceives the realities to which they allude, giving them some nuances subject to the relationships that are forged with the environment.

That is why, although love has a specific word in all the cultures that are recognized today, it is very possible that it denotes different experiences in each of the cases (since it could connect with very different “states”, such as pride, shame or joy; according to the place and its traditions).

Colexification describes how a word is associated, on a semantic and comparative level, with other different words in one or several communities. Thus, and given that they all have an evident symbolic value, it is a phenomenon that conditions the way we process and value our inner life.

The vocabulary of the human being is very rich in nuances , since it pursues the purpose of translating a complex and practically infinite reality into visual or acoustic symbols, through which what sometimes cannot be grasped with the senses is abstracted and shared. In the same way, affects also have their own concrete terms, with which members of society communicate their interior life: from crying to laughter, from sadness to joy; all of these are words different from what they indicate.

The study on emotions has concluded that there exists a limited set of basic and irreducible affections, universal and coming from the genetic baggage of our species: joy, fear, anger, sadness, surprise and disgust. However, although all people can feel them at some point in their lives, the experiential nuances that give them their full meaning are subject to unique cultural influences, which arise from the social environment in which we develop as individuals.

And the fact is that, definitely, with the use of the verb, the reality that each one has to understand the world in which he lives is constructed. This form of constructivism requires directly from the relationships that are forged with others, including the use of a common language that is inspired by the experience of the people and the history that cements their sense of identity . Thus, they may use certain words to identify an emotion, but this will also be linked to other related concepts in a potentially different way from that of other groups.

What has been observed, in all societies, is that their members use similar gestures to express what they have inside. And that, in addition, they have the necessary words to tell others what they are feeling at a certain moment, for which they translate their experience through verbal and non-verbal codes. It is precisely this process of elaboration that spices up the term with anthropological nuances, and the reason why the word used to label emotion can have different meanings depending on where it is pronounced.

Extracting a hypothetical assumption, it might turn out that in a particular society “courage” is privileged as the most desirable trait of all possible, so that “fear” would be related to “shame” or even “dishonour”. On the other hand, in a different and distant region, where such emotion would not have that same social consideration, it could be related to opposite ideas (such as “compassion”, for example); and even the morphology of the word itself would be different. These differential forms of alluding to fear, which sink into the terrain of the cultural, foster diametrically different prisms of living it.

The degree of colexification of two terms, in different cultures, alludes to their equalization not only in formal terms, but also to the covariations with other constructs. Thus, when two words have a high colexification, it would be assumed that the societies in which they are used have constructed the reality to which they allude in a similar way , or what is the same, that they share foundations of an anthropological order (histories, culture, customs, etc.).

How words are constructed in a society

As noted above, all emotions are universal, but the way they will be transformed into words (and the connections they make with other concepts) will be associated with cultural dimensions to a large extent. One of the main purposes of those who have researched these issues has been precisely to discover how this process unfolds, and whether there are mechanisms common to all societies that can account for it.

The first thing that has been known is that, in all cases, emotions are organized as clusters, in which a central node can be seen (themselves) to which other words are attached that have some degree of congruence between them. In this way, “fear” (or any other basic emotion) will be associated with different attributes, although oriented in the same direction and very rarely opposed to each other. These connections are specific to each human collective.

It has been proven that, in all societies, words share two coordinates for their construction. Both allow us to provide them with a basic substratum: we are talking about valence and emotional activation. The first of these refers to the dichotomous categorization between pleasant and unpleasant, and the second to the degree of physiological (or arousal) activation that they propitiate. Thus, there would be “positive” and “negative” emotions (in the sense of their affective tone and/or their pleasantness), and which cause a high or low degree of autonomous and motor activation.

It has also been studied in depth whether other dimensions of bipolar structure, such as approach/distance (search or avoidance tendency), could also contribute to this. In any case, these seem to explain only a minimal variance of the phenomenon, highlighting above all others the valence and the degree of activation. These findings prove that both emotion and its fundamental experience are keys shared by our species, but that the social is necessary to shed light in all its diversity.

The colexification of any term in two different societies is closely associated with their territorial proximity , but also with the traditions of exchange that over the years have motivated their cultural and linguistic crossbreeding. With this, it becomes evident that the experience of emotions, due to its additional connotation linked to social constructivism, is a very important factor in understanding the nuances of the experience of each of the subjects that form part of a group.

Although the words we use to describe an emotion exist because all mammals share some internal experiences, their profound meaning cannot be reduced to biology. This is mainly the case with words that are polysemic (or have more than one meaning), since they are also the most abstract. It is not the same in those that describe unequivocal and/or tangible realities (objects that can be captured by the different sense organs). Let’s look at some examples.

Many bilingual people say they feel differently when they use one language or another to communicate, and perhaps this is precisely what may underlie colexification as a sociolinguistic phenomenon. This is because the infinite ways in which a term covariates with others imprints on it the essential nuances that give it meaning for the community of speakers that use it.

The word “sorrow”, in Spanish, alludes to a variety of emotions, such as “sadness” or “anxiety”. In Persian culture, however, the term ænduh exists to describe both “grief” and “regret”, while in the Sirkhi dialect, the term dard would be used to describe “sorrow” and “anxiety”. It follows, therefore, that “sorrow” will have a very different background in each of these languages , since the word that describes it is related in a very different way to other words (“repentance” for the former and “anxiety” for the latter).

Another example can be found in the word used to describe “anxiety” itself. Speakers of the Tai-Kadai languages associate it with “fear”, while users of all the Austro-Asian languages link it more closely to “regret”, from which it follows that in one case it is experienced as a prospective fear (similar to how it is understood by Western science) and in the other as the result of acts that are felt to be wrong (and to concepts such as karma or providence).

Differences can also be found for the word “anger” in different cultures . To cite one example, in the languages that come from the Republic of Dagestan (Russia) this covariate with “envy”, while in the languages that come from the Austronesian peoples it is associated with “hatred” and a generic “bad”. Again, it will be clear that its speakers’ experiences with “anger” will be largely different, and may even be triggered by equally disparate situations.

A very interesting case can be found in the word “love” in the Austronesian languages, as it is closely associated with the word “shame”. This means that “love”, in their way of understanding it, has more negative meanings than those usually given to it by other peoples, who relate it to “joy” and “happiness”.

In short, each language is very flexible and provides reality with diverse nuances for each of the human communities, despite the fact that the nature of what it defines (in objective terms) is comparable for all. It is, therefore, an imprecise and ambiguous categorization of experience, which yields a wide margin so that
social aspects are decisively involved.