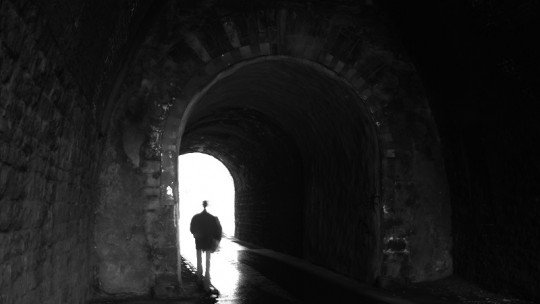 A couple of days ago the general media spread the news that a group of scientists had discovered that people’s consciousness can continue to function up to 3 minutes after death . This means that in some cases people are aware of what is happening around them several seconds after death, and this conclusion has been reached through the study of many cases in which resuscitated people are able to remember what happened to them in “their transition to death”. However, the actual results of this study are somewhat different.

The concept of what death is is not as simple as it may seem. There is clinical death , in which the heart and lungs stop working, and actual death , in which injuries to vital organs (and especially the brain) make recovery impossible and trigger the start of degradation of all the cells in the body.

That means that what we often call ‘death’ is in fact a reversible process , and it is so for reasons that have nothing to do with mysterious forces acting from the beyond but by factors perfectly approachable by science. That is why a team of researchers from the University of Southhampton set out to find out what happens to our consciousness in the space between clinical and real death, and have concluded that in most cases it can continue to function when the heart has stopped beating .

The article they wrote was made public almost a year ago through the magazine Resuscitation .

What was the study about?

The research team studied 2,600 cases of patients from 15 hospitals in the UK, Australia and the United States to investigate different cases of near-death experiences. The results showed that 39% of patients who were able to undergo structured interviews said they retained a sense of consciousness during clinical death, despite not being able to remember specific things.

On the other hand, 2% of these patients stated that they remembered specific aspects of what was happening around them during their clinical death , or described experiences of seeing things from a different point of view than that which would correspond to the placement of their body ( Out of Body Experiences ).

The Out of Body Experiences and visual perception sensations in borderline death experiences are attributed to hallucinations by the scientific community and, of course, it is difficult to know if people who claim to have maintained some kind of consciousness are lying or speaking from the delusion of having experienced hallucinations.

The fact that many do not remember specific aspects of what happened to them on the verge of death may mean that this misleading feeling is a product of their recovery from cardiac arrest and that their memory has therefore failed to fill a “blank” space of consciousness, but it could also be because they have been aware of many things that happened but the specific memories have disappeared due to the effect of medication or organic processes related to recovery.

A contrasting case of consciousness after clinical death

However, in at least one of the cases it has been possible to verify that his specific memories correspond to what has happened in reality . In this study there is a validated case of a patient who keeps his consciousness connected to the outside, since he was tested with sound stimuli after cardiac arrest and therefore it has been possible to compare these objective markers with the information he gave.

This is remarkable, as consciousness is considered to be disconnected from reality before or just after the heart stops, and yet in this case this rule was not met, as it is an example of conscious experience not based on hallucinations.

The results of this study tell us nothing about the afterlife or a different plane of existence . That some people remain conscious after clinical death does not mean either that there is life after death or that consciousness is independent of what happens in our body.

It simply indicates that the brain and other vital organs work at different times in near-death experiences, and that it is possible that after cardiac arrest our perception of reality continues to function at least in part. Which, when you think about it, is not a very nice idea.