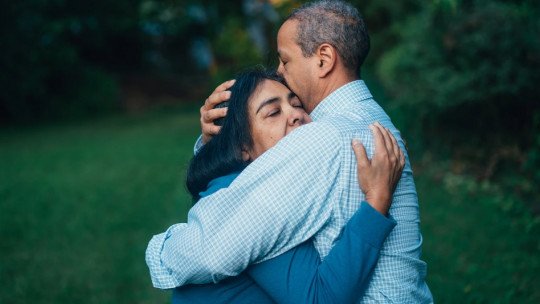 Plato said that by learning to die you learn to live better. And, if we think about it, this thinker was right: the idea of dying is a background noise that accompanies us throughout our lives and that we must know how to manage. Sometimes, we avoid dealing with the discomfort that this reality produces in us, and we simply choose not to think about it. But there comes a time when we have to ask ourselves the question: how do we face death?

In this article we will review some reflections and psychological keys useful to know how to live with the idea that someday both we and our loved ones will disappear.

Several Keys to Coping with Death

The fear of death is, as far as we know, a universal phenomenon . It is present in all the cultures that have been studied and, curiously, neither people with stronger religious beliefs are spared from it. In fact, recent research has shown that Buddhist monks living in monasteries have a greater fear of death than the average, even though theoretically the doctrine they follow leads them not to focus on the “I” and therefore not to worry about their own disappearance.

However, the fact that it is practically impossible to value death positively does not mean that we should resign ourselves to suffering for it to unsuspected limits. There are several ways to make the negative impact of the end of life lessened, and all of them go through acceptance. Let’s look at it.

1. Don’t take life as a struggle

It has long been criticized that we refer to having cancer as a “fight” against the disease. This is because thinking in these terms leads to the assumption of a frame of reference according to which those who survive are the strong, and those who perish are the weak: they have not been able to overcome it and have lost a battle.

The same applies to any cause of death, including death from natural causes. As human beings we have no capacity to voluntarily control all the biological processes necessary to keep us alive; it is simply not in our interests, and therefore no matter how hard we try we cannot prevent the end of life from reaching us .

2. Assume that not living is normal

Because of our tendency to build a strong sense of identity formed by each person’s autobiographical memory, we take it for granted that the normal thing is to exist, to be able to look from you to you at the same nature that will continue to be there for hundreds of millions of years. However, this is an illusion, and on the other hand is one of the things that lead us to suffer more when the idea of death approaches us .

If we believe that by default we ourselves are in the category of “that which exists”, the end of our going is something that will undermine the foundation of all our beliefs. Not only will we have to face the fear of suffering physically; it can also lead us to an existential crisis.

Therefore, it is necessary to assume that our consciousness and sense of identity are no more than fragile realities mounted on a complex web of bodily processes that do not always have to work.

3. Closing our personal history, but not completely

In the processes of death, a paradox occurs: it is good that those who are going to die go through phases of farewell, if they can be both of their loved ones and of places and objects to which they feel attached. However, at the same time it is good that he does not just wait for death. Absolute inactivity leads to rumination and obsessive thoughts, and thus anxiety always remains very high.

It is good to feel that there is always something to do, as far as one’s possibilities allow. That means that you don’t even need to have a good degree of mobility. If one wants, it is possible to find things to do. However, no one should insist that a sick person do things just to follow this principle; it is up to you to choose.

4. Knowing the nature of fear

By definition, no one suffers from being dead. What causes discomfort is both the prospect of ceasing to exist and feeling physical suffering, on the one hand, and the emotional pain that the death of someone produces in loved ones, on the other. Much of what it means to perish has to do with how we experience the death of others, something that in most cases makes us feel very bad.

However, as far as the death of one’s self is concerned, death does not even have to come with physical suffering. Its effect on us can be the same as losing consciousness , something that happens every night when we start to sleep. Many people suffer more from experiences they come out of alive than from death itself. There are several ways to make the negative impact of the end of life lessened, and all of them go through acceptance.