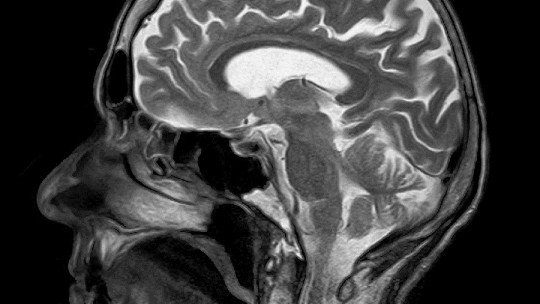 It is quite common to believe that the emotional aspects of people are unconscious and that, on the contrary, the world of cognition is of a conscious nature. However, the truth is that even cognitive processes such as decision making and memory retrieval do not escape the logic of the unconscious.

The cryptomnesia is proof of this.

What is cryptomnesia?Starting with an example

It’s possible that in one of those intervals of dead time that the day to day is plagued with, without hardly intending it, a catchy melody that, after the first few seconds, you have developed until you compose in your imagination something that looks a lot like a complete piece of music, ready to be marketed.

These cases are very frustrating for people who do not know how to translate music into staves and do not even have the means to record the sound of the new composition. However, these same people have reason for optimism. They save themselves the trouble of having to find out later that what seemed like an original melody is actually an overloaded and unnecessarily long version of the music playing in a shampoo commercial.

Of course, this kind of experience is difficult to explain to someone who believes that our own memory has no secrets for us because, being subject to the orders of our conscience, it cannot be governed by rules that are too capricious or beyond our control. If you are one of these people, you may be interested in reading about cryptomnesia, or hidden memory.

The example of the musical melodies you have just read is intimately connected with the cases of involuntary plagiarism that have come to be embodied in all kinds of albums and vinyls and from which not even some famous rock bands escape. In the same way, certain “evidences” about memories about past lives are not even deceptions cleverly concocted by a group of people with a desire to be the protagonist, but situations in which people who theoretically do not know certain past information have previously accessed this information, even though they do not remember it and therefore are totally sincere about their beliefs.

In all these events, a standard is met: there are memories that have apparently been forgotten to reappear confused with the present time .

All these cases and anecdotes are examples of a phenomenon we call cryptomnesia or, what is the same, hidden memory. In short, cryptomnesia is a psychological process by which memories are recovered as if they were original experiences lived for the first time and that apparently have been forged directly in the thought of the person who experiences it. This recovered information is actually that which corresponds to a memory that had been forgotten, although not completely.

Above all, cryptomnesia can be understood as the opposite of what is experienced during a déjà vu. If in the latter a new experience is lived as if it were a memory forgotten until that moment, in cryptomnesia there is a real memory that goes unnoticed by the conscious mental processes for a while until it manifests itself again as a new experience .

Not everything is just plagiarism

What has been explained so far may give the false impression that cryptomnesia occurs in cases where other people are plagiarized without meaning to, as if the memories that pass through this false oblivion had to refer to the ideas of others or experiences linked to the outside world.

The truth is that among the forms in which hidden memory is expressed, there can also be self-plagiarism . An idea or thought of one’s own is perfectly susceptible to passing under the mantle of cryptomnesia, although surely these cases are not as badly seen as the previous ones.

Cryptomnesia as seen from the laboratory

Although the hidden memory has its raw material in the great variety of experiences to which we are submitted in our daily life, it is also possible to study cryptomnesia in a much simpler and aseptic environment: the experimental laboratory. These investigations usually involve groups of volunteers who come up with possible answers to a question that is posed to them.

In a second phase, the volunteers have to remember whether or not certain contributions are of their own making. In this context it has been seen that cryptomnesia is relatively frequent, and it is not uncommon for many individuals to become convinced that the ideas that others have expressed a few minutes ago are their own. It has even been seen that the emotional state of people can influence the frequency with which these unconscious plagiarisms occur .

So, the next time you think you have power over the processes that govern your memory, remember that both memory and the illusion of consciously controlling it are in charge of the unknown: your hidden psychological processes.