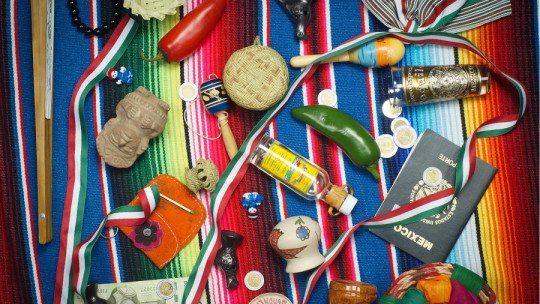 Cultural diversity has become particularly relevant in recent years due to various phenomena such as internal and external migration, as well as globalization processes worldwide. In this context Mexico has been recognized as one of the countries with the greatest cultural , ethnic and linguistic diversity at the international level.

In this article we will take a brief look at cultural diversity in Mexico, passing through some characteristics of the ethnic, linguistic and material diversity that is part of the same country. Finally, we will see what the legal framework is that has been generated as a measure to promote and protect cultural diversity.

The recognition and protection of cultural diversity has been one of the international priorities promoted by the United Nations Educational, Scientific and Cultural Organization (UNESCO). UNESCO itself has defined “cultural diversity” as the manifold ways in which the cultures of groups and societies express themselves and, in so doing, transmit the heritage of humanity.

All the above has been based on the consideration that each group and each society has a particular way of seeing the world and of relating to it. That is, in each group there is a specific way of perceiving and solving problems, assigning values, qualities, roles, etc.; which finally generates a particular cultural identity that must be respected.

Although cultural diversity has initially been thought of in terms of ethnic diversity, the plurality and different manifestations of culture also include linguistic diversity and material heritage, among others. Following this, we will briefly look at some representative elements.

The National Commission for the Development of the Indigenous Peoples of Mexico explains that there are currently 68 indigenous peoples , representing approximately 11 million of the 132,562 inhabitants of the country.

Likewise, in 2015, the National Institute of Geography and Information Technology will have taken a census of almost 1.4 million African-Americans, a figure that corresponds to 1.4% of the national population and represents an important, although often invisible, part of the country’s ethnic and cultural diversity.

On the other hand, ethnic diversity can be expressed, for example, in gastronomy, handicrafts or artistic creations that are specific to each region of the country.

It can also be expressed through manifestations that are not necessarily material, such as parties, ceremonies, theatrical or musical performances. This is also related to a cultural identity forged by the preservation of different knowledge, beliefs, rites, traditions and stories transmitted from generation to generation.

The linguistic heritage of Mexico is made up of 11 linguistic families, 68 native languages and 364 variants . These languages are spoken by approximately 7 million inhabitants, which makes Mexico the country with the largest indigenous language speaking population in the Americas. The problem is that, in the face of growing pressure from the use of Spanish, there is a high risk of disappearance for most of these languages.

On the other hand, chronicles, legends and literary heritage in general are also considered intangible but linguistic assets.

Another aspect where cultural diversity is visible is in material expressions such as historical monuments and documentary assets.

Perhaps one of the most representative issues in this sense is the archaeological heritage , which may include cities like Chichen Itza, Monte Alban or Teotihuacan, even remains of utensils and tools, or different forms of rock art.

The legal framework for the protection of cultural diversity

In short, Mexico has been recognized as a multiethnic and multicultural country. However, in the face of constant socio-economic changes and modernization processes, indigenous peoples and the cultural wealth that is representative of the country have been constantly threatened.

In some sectors and contexts, cultural diversity has been seen as a factor of backwardness or an impediment to modernization; this is why it has been necessary to create protection strategies . In fact, today, cultural diversity has gone from being a concept that refers to the plurality of cultural manifestations present in a given society, to being recognized as a human right.

Specifically, Mexico has signed both the UNESCO Universal Declaration on Cultural Diversity in 2001 and the Convention on the Protection and Promotion of the Diversity of Cultural Expressions in 2005.

In 2001, with the reform of the Political Constitution of the United Mexican States, the cultural diversity of the Mexican nation was recognized (in article 2), with the focus on indigenous peoples.

One year later, the National Council for the Prevention of Discrimination had been established and a federal law had been passed to support it, so that it was possible to guarantee the right to equality and to combat social exclusion on the basis of ethnic origin.

In the health framework, the General Health Law was also reformed , trying to promote respect for indigenous uses and customs , the use of traditional medicine and intercultural medical care. In the centre and south of the country, several states also reformed their laws to support the above legal framework.