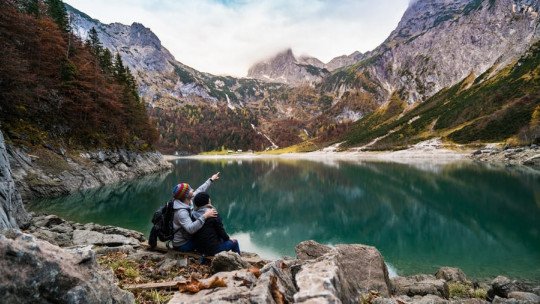 David McClelland’s theory of motivations is one of the best known psychological models of human needs, especially in the field of business and organisations.

In this article we will analyze the theory of McClelland’s three needs and the most significant antecedents for their emergence. We will focus mainly on detailing his contributions to the three types of motivation: affiliation, achievement and power .

Introduction to the Psychology of Motivation

In 1943 the American psychologist Abraham Maslow published in the journal Psychological Review an article in which he presented his hierarchical theory of needs. This model, popularly known as “Maslow’s pyramid”, constituted a fundamental milestone in the evolution of the psychology of motivation.

In the years following the popularization of Maslow’s model, many similar approaches appeared, such as McClelland’s theory of three needs, which we will describe below. Many of these models are framed in humanist psychology, which claimed the tendency to personal growth of human beings.

Motivation has been little studied because of behaviorism and the orientations that followed it, since they focus on observable behavior; from this perspective, motivation is most commonly conceptualized as the incentive value given to a reinforcement, although sometimes ambiguous concepts such as “impulse” are included.

In the early 1960s, David McClelland described in his book The Achieving Society his theory of the three needs. In it he defines three types of motivations shared by all people, regardless of their culture, their sex and any other variable, although these may influence the preponderance of one or another need.

According to this author, motivations should be understood as unconscious processes, similar to psychoanalytic approaches. This is why McClelland recommends the use of Henry A. Murray’s thematic apperception test , which belongs to the category of projective tests in psychological evaluation, in order to assess needs.

People with high membership motivation have a strong desire to belong to social groups. They also seek to please others, so they tend to accept the opinions and preferences of others. They prefer collaboration to competition , and are uncomfortable with situations that involve risks and lack of certainty.

According to McClelland these people tend to be better as employees than as leaders because of their greater difficulty in giving orders or prioritizing organizational objectives. Nevertheless, it is worth mentioning that two types of leaders have been described : the task leader, associated with high productivity, and the social-emotional leader , a specialist in maintaining group motivation.

The importance of the need for affiliation had been previously highlighted by Henry Murray, creator of the thematic apperception test. The same can be said of the needs for achievement and power, which served as the basis for McClelland’s proposal.

Those who score high in need of achievement feel intense impulses to reach goals that involve a high level of challenge , and are not opposed to taking risks in order to achieve it, as long as it is in a calculated way. In general they prefer to work alone rather than in the company of other people and they like to receive feedback on the tasks they perform.

McClelland and other authors assert that the need for achievement is influenced by personal goal-setting skills, the presence of a locus of internal control (perception of self-responsibility for life events), and the promotion of independence by parents during childhood.

Unlike more affiliative people, those who are motivated by power enjoy competing with others – in order to win, of course. Those with a high need for power place a high value on social recognition and seek to control others and influence their behaviour , often for selfish reasons.

McClelland distinguishes two types of power needs: socialized power and personal power. People who are closer to the first type tend to care more about others, while those with a high personal power motivation want above all to gain power for their own benefit.

People with a high power motivation who do not simultaneously have a high level of personal responsibility have a higher probability of engaging in externalizing psychopathological behaviors , such as physical aggression and excessive consumption of substances.