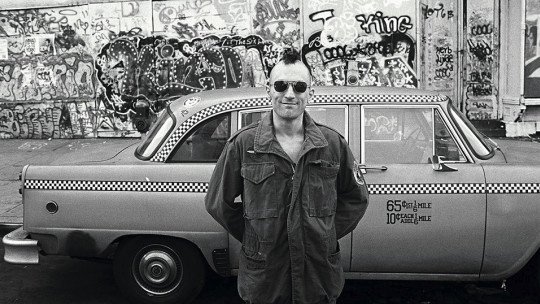 Although antisocial and asocial personality are often confused in common language , the truth is that they are two very different ways of being: the first is considered pathological since it is associated with prejudice to other people (antisocial behaviour), while asociality refers to the lack of interest in interaction.

In this article we will describe in detail what antisocial and dissocial personality are and how they differ. To do so, we will mainly rely on the diagnostic criteria of the psychological manual DSM-IV, as well as on contributions from other experts.

What is an antisocial personality?

Antisocial personality disorder is characterized by recurrent behaviors that involve disregard and/or violation of the rights of others . According to DSM-IV, at least 3 of the following diagnostic criteria must be met:

In order to be diagnosed with antisocial personality disorder , the person must be at least 18 years old , and some of the criteria described must have been present since the age of 15 or earlier.

Before coming of age, persistent antisocial behaviour is classified under the label “Dissociative Disorder”, which the DSM-IV includes in the category “Attention Deficit and Disruptive Behaviour Disorders”, in turn one of the sections of the macrocategory “Disorders of initiation in infancy, childhood or adolescence” .

The diagnostic criteria for dissociative disorder also focus on the violation of the rights of others. In particular, the criteria are categorized into four blocks: assault on people and animals (physical cruelty, armed robbery, etc.), destruction of property (e.g., arson), fraud or theft, and serious violations of rules.

Dyssocial disorder is considered the precursor to antisocial disorder , which is more severe because it occurs in more advanced stages of development. The earlier the symptoms appear (“childhood-onset dissocial disorder”), the more likely they are to be severe and persist into adulthood as an antisocial personality disorder.

The term “asocial” is used to describe people who are not interested in social interaction or who prefer to be alone. This is a non-pathological characteristic, especially of very introverted people, although in today’s society, dominated by extroverted personalities, it is often seen as problematic.

Hans Eysenck proposed that the degree of extraversion of people depends on the activity of the central nervous system, specifically the ascending reticular activating system (SARA). Extroverted people have a low level of activation, so they require a lot of external stimulation; the opposite is true for introverted people.

In this sense, it seems probable that many people qualified as asocial are simply very introverted , to the point that external stimulation, including social stimulation, becomes more or less unpleasant for them. Environmental factors can also influence the development of this type of personality, on the other hand.

As it is not a pathology, the diagnostic manuals do not include any “asocial personality disorder”, as it happens with the antisocial one. However, some psychological disorders are clearly related to the lack of social interest and the absence of pleasure in interaction with other people.

There are several personality disorders listed in the DSM-IV that are notably characterized by asociality. In particular, schizoid personality disorder is defined as a pattern of behaviour in which the tendency to isolation, emotional coldness, apathy and lack of interest in social relationships predominate.

Schizotypal disorder is also associated with social withdrawal, although in this case the lack of social contact is due more to social anxiety (which does not diminish with familiarity) and extravagant behavior. Similar asocial signs may occur in schizophrenia, which is related to this disorder and the previous one.

People with avoidance personality disorder , on the other hand, would like to relate more but are overcome by anxiety and fear of ridicule. Avoidance disorder is considered an extreme manifestation of social phobia (or social anxiety), in which asocial behaviors may also occur.

How are they different?

Certainly there are few similarities between these two personality types; the frequent confusion between antisociality and asociality is due primarily to the superficial similarity between the two words , rather than to the fact that they share characteristics.

In particular, the word “antisocial” is commonly used to describe asocial behaviour, i.e. related to lack of interest in social relationships. However, the concept of antisocial personality refers to actions against society and those who make it up, not to the passive rejection of social interaction.

The prefix “anti” means “opposed to”, “against” or “preventing”; thus, literally, antisocial people are those who oppose social norms and/or who act against others. On the other hand, the prefix “a-” indicates denial or absence (we could translate it as “without”), so that asociality would be the lack of social interaction .

In any case, since these are two distinct personality dimensions, antisociality and asociality need not be mutually exclusive. In fact, it is relatively common for people with antisocial disorder to feel a certain degree of rejection of social interaction, in a way that could be described as misanthropic.