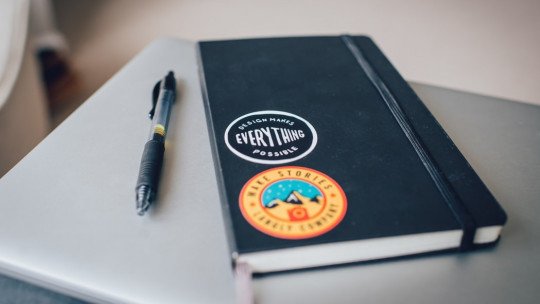 Poetry is one of the most ancient and well-known arts, being since ancient times a way to express and project the emotions and thoughts that the contemplation of reality generates.

In this art, words are used to generate a mental and emotional image, often looking for rhythm, sound and/or the concepts and meanings used to express the poet’s reflections in a rhythmic and melodious way.

There are different figures or literary resources that allow these compositions to be embellished , and that have applications both in poetry and in the usual use and figurative sense of language: alliterations, ellipses, hyperbatons, metaphors, analogies and allegories are examples of this. However, some of them, like for example the last three, present many similarities between them, being sometimes confused.

That is why, to help distinguish them throughout this article, we are going to comment on the main differences between metaphor, analogy and allegory.

What are metaphors, analogies and allegories?

Metaphors, analogies and allegories are literary or rhetorical figures , which serve to provide language with expressiveness and beauty as well as producing different effects by suggesting a non-literal meaning of the words used. But before going deeper into the differences between such similar concepts it is relevant to establish a small description of each one of them.

We understand by metaphor one of the most known literary figures in which a specific concept or word is used in substitution and representation of another, with which it maintains some kind of relation of similarity or some common property that is representative of both terms. The concept we want to refer to is identified with a different one, which is issued in substitution.

The analogy is another rhetorical figure that, like the previous one, establishes a relation between two concepts or words, making a comparison based on some characteristic or similarity in order to make the relation of similarity visible . More than between entities, things or objects, the comparison is established between two attributes. In fact, the analogy may even include metaphors or allegories.

As far as allegory is concerned, this literary figure employs a successive chain of metaphors interrelated with each other to form an explicit image in such a way that clear evidence of an idea, usually abstract, is formed.

Main differences between these concepts

Although they are very similar to each other, the analogies, metaphors and allegories present some differences that allow us to distinguish them and to value their existence separately .

The main differences between these literary figures are as follows.

And we can even consider that the allegories can include or be formed from analogies. Thus, although usually all metaphors are part of some kind of analogy, not every analogy is in the form of a metaphor.

One of the most easily visible characteristics that differentiates one from the other is that while the analogy establishes a comparison without the need to change the concepts themselves, the metaphor directly replaces the real term with the one being compared .

Another feature in which these rhetorical figures differ is in the different length or duration needed to understand the concepts referred to .

The metaphor is usually brief and can be understood by itself, as is the analogy. However, since allegory is a succession of metaphors, it cannot be understood if it does not include different fragments throughout a composition.

4. Level of subtlety and abstraction

Another difference between these figures can be found in the level of abstraction or logicity required to understand them.

Analogies are generally representations of logical associations that indicate a type of similarity between two elements, while metaphors and allegories tend to require a more imaginative and subtle mental effort by often referring to more abstract elements, such as death or love, or to a relationship between concepts based on a common characteristic, such as brilliance, vivacity or colour.

Examples of each of the three concepts

In order to help you see what each of these concepts is and to better visualize their differences, we will now show a series of examples of each of them.