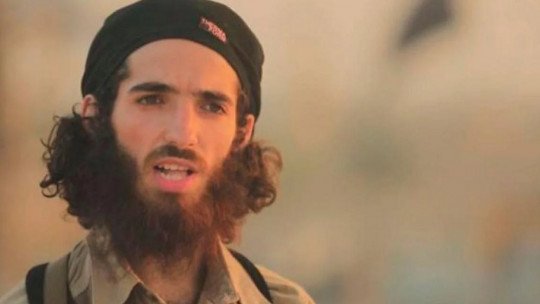 The recent terrible attacks in Barcelona on 17 August by a group of young people with Muslim religious beliefs (Islam) have shaken up the old hornet’s nest of Islamophobia.This can be seen, among other things, in the fact that despite the fact that many people express clear opinions about what believers in this religion are like and how they act, there is still even more radical and widespread confusion about what to call people who are prepared to kill in the name of Islam .

Some linguists, communication specialists and even sociologists insist on the importance of knowing how to differentiate between the terms used in this field, such as “jihadist”, “Muslim”, “Islamic or Islamist group”, sometimes used interchangeably to refer to the authors of the events. There is no unanimous agreement on how to refer to the group in question.

To clarify these doubts, we will now look at the differences between Muslim, Jihadist, Islamist and Islamic .

In order to briefly contextualize the subject that we will deal with in this article, it is necessary to make an introductory approximation of what is the religion of Islam, which counts with the figure of 1,600 million faithful around the globe , especially in the area of the Arabian Peninsula (which is where it was founded), passing through the Middle East, North Africa and with more and more influence in the European continent.

Islam is a monotheistic, Abrahamic and Semitic religion that was founded in 622 AD in present-day Saudi Arabia by the prophet Muhammad, who according to his holy scriptures was chosen by God to expand and verbalize his message (since Muhammad was illiterate). These messages were sent through the archangel Gabriel (Yibril in Arabic). The typical premise of Islam is that “There is no one but Allah and Muhammad is his prophet.

Contrary to what is usually argued, Islam recognizes Christianity and Judaism as sister religions , as well as their prophets such as Moses, Jesus, Solomon, Abraham or Adam, among others. The only differences in terms of habits and customs that are properly linked to religion reside in some differentiating practices: Muslims pray five times a day, fast once a year for a month, do not eat pork and do not drink alcohol.

After the Qur’an, the Mohammedan teachings and actions are the writings (hadith) that are mandatory for the practitioners of Islam. They reflect the attitude of the prophet Mohammed , such as morality, ethics and behavior with other human beings.

Let us now see how to discern between the controversial concepts that are still being discussed today. We will now give a definition of each of them.

The fact of being a Muslim basically responds to any individual who accepts and firmly believes in Islam as the ultimate religion, pronouncing the phrase “I bear witness that there is no other God but God, and I bear witness that Muhammad is the messenger of God”. This recital is called “shahada” (profession of faith). Anyone who does not utter such a phrase will not be considered a Muslim.

Being an Islamist or following Islamism, on the other hand, responds to the purely political condition. Consequently, all of society should be governed by the beliefs of the “sharia” , these are the commandments of God, and this should interfere directly in the lives of people, conditioning their habits, customs and ideas.

In this sense, any kind of foreign or non-Islamic influence is rejected, no non-Muslim pretexts are accepted. There are therefore Islamist political parties such as Hamas and Hezbollah.

The Islamic term responds to a complementary adjective. That is, that implies anything, territory, art, state or work that is closely related to the Muslim religion. Islamic states, for example, are those whose sole and official religion is Islam. Organizations, both official and unofficial, have an Islamic character as well.

This is the most controversial concept we have discussed, and it often infuriates the world and Islamic scholars. It is said that the meaning of the word is “adulterated,” as jihadism is now associated with terrorism. This is, however, wrong.

The etymology of jihad is synonymous with effort, work, sacrifice in the name of God , but in no way related to violence. Islamic scholars reiterate that jihad corresponds to the fulfillment of the five pillars of Islam, and that over time it has taken on another character that leaves no one indifferent.