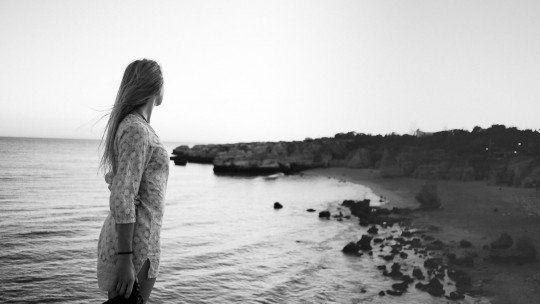 Both major (or unipolar) depression and bipolar disorder are now included in the general category of mood disorders. However, they are different problems, and should be identified as such.

Unfortunately, it can be difficult to differentiate the symptoms of major depression and those of a depressive episode associated with bipolar disorder, although this distinction is essential to avoid future complications.

In this article we will review the main differences between unipolar depression and bipolar depression , according to the current state of knowledge, in order to shed light on such a relevant issue.

Many people suffering from bipolar disorder (type I or type II) take years to receive their corresponding diagnosis , which inevitably delays the articulation of therapeutic programmes aimed at promoting their emotional stability and quality of life. This is due to the fact that the expression of the depressive phases of bipolar disorder and that of major depression are similar, despite the fact that the treatment for one and the other is absolutely different.

One essential difference between the two, from which an accurate identification of bipolar disorder would be possible, would be the clear evidence that at some point in the past it was crossed by the symptoms of a manic phase. In fact, this circumstance alone would confirm the diagnosis of bipolar disorder. The problem is that such episodes (and hypomaniacs) are more difficult to refer to than depressive ones, because they are perceived (mistakenly) as less disabling.

In addition, bipolar disorder often occurs in conjunction with a number of problems that mask it not only with major depression, but also with other physical and/or mental health conditions, such as anxiety or substance dependence. In this line, some research refers to the fact that the diagnostic certification can be delayed by five years or more, with the complications that may arise from this delay.

One of the most relevant, of course, occurs when a person with bipolar disorder is offered a pharmacological treatment (SSRI, for example) indicated for major depression. In these cases an accentuated risk of a shift towards manic episodes induced by the chemical properties of the substance, or an acceleration in the clinical mood swings, which aggravate the organic and psychosocial circumstances of the underlying pathology, can be observed.

The most important thing, in this case, is to make a thorough analysis of personal and family history. This information, together with a detailed assessment of the symptoms that are present at the moment, will allow us to bring together the necessary data for a thorough decision making about the real mental state and to provide a treatment (pharmacological and psychotherapeutic) that offers benefits to the person.

Below we propose a set of “signs” suggesting that the depressive symptoms may not be related to an underlying major depression , but to the depressive phase of a bipolar disorder that has not yet shown its true face. None of them, by itself, is sufficient to obtain absolute certainty; rather, they provide, as a whole, relevant information in terms of probability, which must be complemented by rigorous clinical judgment.

Major depression is a disorder that tends to recur throughout life , so most people who have suffered it at some time will probably suffer from it again in the future. However, such relapses are much more frequent in the specific case of bipolar disorder, where the depressive symptom occurs periodically but is very difficult to predict (acute episodes lasting longer than those of maniacs or hypomaniacs).

It is therefore important to inquire into personal history, in order to outline the evolution of mood over the years, and to determine the possible existence of past life periods in which depression may have occurred. This is also an ideal time to explore the possible history of manic symptoms. If manic symptoms are detected, it’s crucial to suspect bipolar disorder and avoid the use of any antidepressant drugs.

Although depression often occurs with sadness and inhibition of the ability to feel pleasure (anhedonia), along with a reduction in total time spent sleeping (insomnia in its various subtypes) and a loss of appetite, it can sometimes manifest itself through what are known as atypical symptoms. These symptoms are different from those that would be predictable in someone who is depressed , but they are frequent in the depressive phases of bipolar disorder.

These symptoms include hypersomnia (increased perceived need for sleep), increased appetite, excessive irritability, inner restlessness or nervousness, physiological hyperreactivity to difficult environmental circumstances, fear of rejection, and increased feelings of physical and mental fatigue. All of these together represent a pattern that differs from that of major depression.

A considered review of personal history can objectify the appearance of a first depressive episode before the age of 25 . It is not unusual for symptoms of depression to be expressed during the adolescent stage, even though they are masked by an impermeable facade of irritability. These early episodes are also more common in bipolar disorder.

It is therefore important for the person to make an analysis of the emotion he or she experienced during this period of his or her life, because the externalizing nature of depression in adolescence tends to obscure the accuracy of the family environment in reporting the true emotions that were at its core (thus prioritizing overt behavior). In some cases, such anger can be attributed to “age-related things,” making the experience less relevant or meaningful.

The depressive episodes of bipolar disorder are shorter than major depression as a separate entity (which often lasts for six months or more). Therefore, it is considered that the confirmed presence of three or more depressive episodes during life, especially when they occurred in youth and were of short duration (three months or less), may suggest a bipolar disorder.

Therefore, when they go to a health professional for treatment, they should inform about this background, because together with other data it could contribute in a very important way to the differential diagnosis. Bipolar disorder type I is estimated to occur in 0.6% of the world’s population, but is much more common among first-degree relatives of those who suffer from it.

However, it is also possible that it is a major depression, so the practitioner himself should avoid expectations that cloud his judgment.

6. Rapid onset of depressive symptoms in the absence of stressors

Major depression tends to be the emotional result of the experience of an adverse event , which implies significant losses for the person in relevant areas of his/her life, being identified as the point in time from which a notable change in internal experience took place. This clear cause-and-effect relationship can be traced relatively simply in major depression, and when the triggering event is resolved, a frank improvement in emotional state tends to occur.

In the case of bipolar disorder, the most common thing is that depressive symptoms arise without the person being able to identify an obvious reason for them, and that they settle down very quickly. It therefore seems to spring up unnoticed, which also creates a sense of loss of control over the fluctuations in mood.

Depression may occasionally take on psychotic overtones, characterized by delusional guilt or hallucinations whose content is congruent with the negative emotional state. This form of depression is more common in the context of bipolar disorder, and is therefore a cause for suspicion. Impulsivity, when it coexists with depression, points in the same direction as these symptoms.

On the other hand, it is essential to take into account that the presence of psychotic symptoms together with depression can be part of a schizoaffective picture , which will also have to be ruled out during the diagnostic process.

The ability to report emotional states is key to a diagnosis of bipolar disorder. If you suspect you may be suffering from bipolar disorder, consider your personal and family history and the presence of these signs to talk to your treating specialist. Today there are both pharmacological and psychological therapeutic strategies that can help you enjoy a full life even if you have bipolar disorder.

Given the importance of early detection of bipolar disorder, the risk factors that have been contemplated in this article are continuously reviewed and analysed , with the aim of determining their actual extent and finding other useful indicators for this purpose.