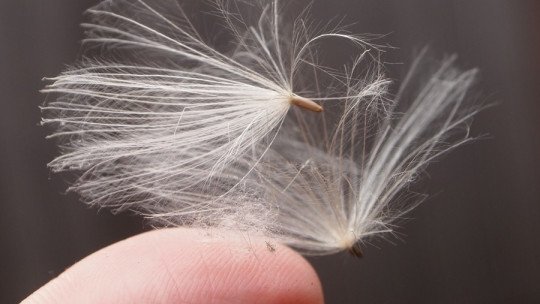 Psychology has extracted a wide repertoire of knowledge through experimentation.

Authors such as William James or Gustav Theodor Fechner postulated that stimuli induce physiological and emotional changes. These two scientists, together with Ernst Heinrich, laid the foundations of Psychophysics. Their experiments contributed to the understanding of sensory thresholds, that is, what people are capable of noticing, either the slightest perceptible or changes between two stimuli.

In this article we will focus on the concept of differential threshold , trying to explain how it can be calculated and giving some examples from everyday life.

What is the differential threshold?

Psychophysics is the science that studies the relationships between physical phenomena and their psychological interpretation. For this reason, it is not surprising that it is this branch of Psychology that holds the concept of sensory thresholds.

Psychophysics has traditionally focused on the study of the two thresholds mentioned above, especially the absolute threshold. However, the concept of differential threshold (DU), also called just perceptible sensation, which is defined as the distance between a fixed stimulus and a changing stimulus, either increased or decreased in intensity, when perceived by the subject, acquires great importance.

To understand it more clearly, we understand that the differential threshold is the smallest change that must be made in a stimulus for the person to be able to perceive it .

The differential threshold is a phenomenon that can depend on the circumstances. Thus, a person who is undergoing a psychophysical experiment may indicate that he or she will feel the changes one day, and when the experiment is done again in another situation, even though the same physical changes in magnitudes occur, the person will no longer perceive them. For this reason, it is necessary to rigorously repeat the experiments whose objective is to delimit this threshold exactly.

Adaptively speaking, people have developed the ability to discern between the intensity and other elements of stimuli . For example, in order to ensure the survival of the newborn, mothers need to skilfully identify the voice of their children, even though, to others, it may seem that all newborns have the same voices when they cry.

Determination of the differential threshold by the limit method

A subject may be asked to indicate whether he perceives differences between two stimuli in each trial of the experiment . This requires that there is either a standard stimulus or one with an always fixed value (E1) and another stimulus whose intensity will vary throughout the experiment or a variable stimulus (E2). The task of the subject is to indicate when he feels that E1 and E2 are different. Modifications in E2 can go in both directions, i.e. their value can be increased or decreased with respect to E1.

In order to be able to delimit with a greater degree of precision and security the differential threshold, it is necessary to carry out multiple tests , in order to have the maximum amount of information possible and to ensure that the subject does not answer at random. The differential threshold (DU) is equivalent to the distance between the detected stimulus E2 as immediately larger than standard E1 (high threshold, UA) and E2 as immediately smaller than E1 (UB), divided by two.

It is important to take into account that the subject will not always perceive E1 and E2 as equal, in spite of the fact that they really are. This may be due to an illusion as to the difference between these two stimuli, a random response, or simply because he actually perceives them as being different. This phenomenon is related to the Subjective Equality Point (PIS), which is the degree to which two stimuli feel or do not feel the same.

Unlike the previous case, using this method E1 remains a fixed value, but E2 changes its value at random, i.e. it does not increase or decrease progressively . As there is no direction, errors such as habituation and expectation are avoided.

Everyday examples of the differential threshold

The following are some practical examples to further understand the concept of differential threshold.

We ask one person to hold their arms out, with their hands open. The same amount of sand is placed in each hand.

Once this is done, the experiment can begin. One by one, grains of sand are placed in the right hand and the person is asked to indicate if he or she notices any difference .

2. Volume of the television

At some point in our lives we’ve had arguments about the volume of the TV. Some people want it loud while others want it as quiet as possible.

A practical case that can be taken in the living room is to check at what volume you start to notice what is said on the television . In addition to obtaining the absolute threshold, you can press the button as many times as necessary to notice changes in the volume.

Parties can get out of hand. Sometimes the neighbours complain, ask for the music to be turned down and the host does so.

The partygoers notice the difference, and feel that the volume has been turned down , however, the neighbour who has complained the first time comes back to ask for the music to be turned down again.

4. The soup is bland

Every house cooks in different ways. Some people abuse salt, others prefer to avoid it at all costs. Soup, a very common dish, is, in turn, one of the most different ways to be prepared.

This is why the person who prepared it for us may have made it too bland for our taste, even though it may even be too salty for the host.