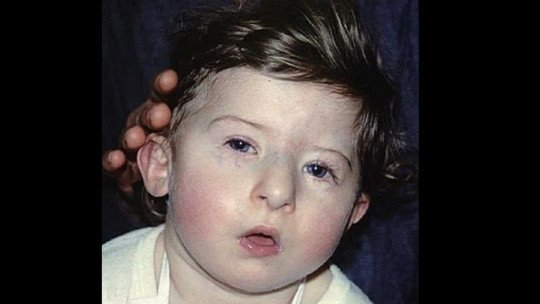 DiGeorge Syndrome affects lymphocyte production and can cause various autoimmune diseases, among other things. It is a genetic and congenital condition that can affect 1 in 4000 births, and is sometimes detected until adulthood.

Next we will see what DiGeorge’s syndrome is and what some of its consequences and main manifestations are.

What is DiGeorge Syndrome?

DiGeorge syndrome is an immunodeficiency disease caused by an overgrowth of certain cells and tissues during embryonic development . It usually affects the thymus gland, and with it, the production of T-lymphocytes, resulting in the frequent development of infections.

One of the main characteristics of 90% of people diagnosed with this syndrome is that a small part of chromosome 22 (from position 22q11.2., specifically) is missing. For this reason, Digeorge’s Syndrome is also known as chromosome 22q11.2 deletion syndrome .

Also, because of its signs and symptoms, it is also known as Velocity Facial Syndrome or Abnormal Conotruncal Face Syndrome. The deletion of a fraction of chromosome 22 can be caused by random episodes related to sperm or eggs , and in rare cases by hereditary factors. So far, the causes are known to be unspecific.

The manifestations of DiGeorge syndrome can vary according to the body itself. For example, there are people who present severe cardiac affections or some type of intellectual disability and even special susceptibility to psychopathological symptoms, and there are people who do not present any of these.

Although this does not necessarily occur in all people, some of the facial features of Digeorge’s Syndrome include a highly developed chin, eyes with heavy eyelids, and ears that are slightly turned backwards with part of the upper lobes above them. There may also be a cleft palate or poor palate function .

3. Alterations in the thymus gland

In order to act as a protector against pathogens, the lymphatic system must produce T-cells. In this process, the thymus gland plays a very important role . The thymus gland begins its development in the first three months of fetal growth, and the size it reaches directly affects the number of T-type lymphocytes that develop. People with a small thymus produce fewer lymphocytes.

While lymphocytes are essential for protection against viruses and for producing antibodies, people with DiGeorge Syndrome have a significant susceptibility to viral, fungal and bacterial infections. In some patients, the thymus gland may even be absent, requiring immediate medical attention.

Another consequence of the lack of T-lymphocytes is that some autoimmune disease may develop , which is when the immune system (the antibodies) tend to act inappropriately towards the body itself.

5. Alterations in the parathyroid gland

DiGeorge syndrome can also affect the development of a gland called the parathyroid (found in the front of the neck near the thyroid). This can cause changes in metabolism and altered levels of calcium in the blood, which can lead to seizures. However, this effect usually becomes less severe as time passes.

The recommended therapy for people with DiGeorge Syndrome is aimed at correcting the alterations in the organs and tissues. However, due to the high phenotypic variability, the therapeutic indications may be different according to the manifestations of each person .

For example, to treat alterations of the parathyroid gland a calcium compensation treatment is recommended, and for heart alterations there is a specific medication or in some cases a surgical intervention is recommended. It can also happen that the T-lymphocytes function normally , which means that no therapy is required for immunodeficiency. The production of T-lymphocytes may also gradually increase with age.

Otherwise, specific immune care is needed, including constant monitoring of the immune system and T-lymphocyte production. For this reason, it is recommended that if a person has recurrent infections with no apparent cause, tests be performed to evaluate the entire system. Finally, if the person is completely lacking in T cells (which may be called “complete DiGeorge syndrome”), a thymus transplant is recommended.