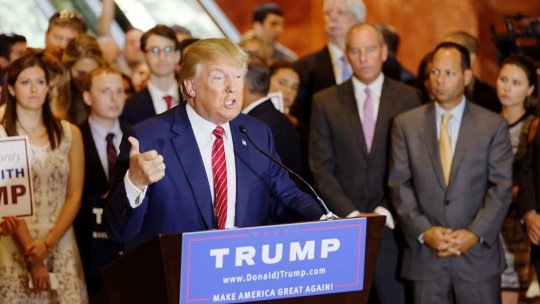 Discourse analysis is a technique of qualitative research that has had an important impact on both the social sciences and social psychology, and that arises from the importance that language has acquired not only as a way of expressing a certain social reality, but also as a way of constructing it.

It is also a complex orientation that has gained significant popularity in social studies and can be done in many different ways. Below you will find an overview of discourse analysis, its background and the impact it has had on social psychology.

Study of language in social psychology

Language is undoubtedly one of the most complex and interesting elements that we human beings share , that is why it has been positioned as an object of discussion and scientific research for centuries.

In the social sciences, the 20th century is recognized as a period in which language was at the center of social, historical, philosophical and scientific research and analysis , which is known as the linguistic turn . In other words, the study of language has been a very useful tool for the understanding of both psychological and social processes.

From this arises the interest of social psychology to study and analyze discourses, which in turn has generated research techniques such as discourse analysis, thematic analysis, content analysis or conversational analysis.

What distinguishes discourse analysis is that it views language theory as complex. Unlike, for example, content analysis, which concentrates on the direct manifestation of a concept and on the times it is repeated, discourse analysis pays attention to some elements that structure everyday language , such as irony, double meaning, metaphors, implications, or the context itself , among others, which can account for implicit or latent relationships.

Discourse analysis is the name given to a set of theoretical and methodological proposals that are actually very diverse . For the same reason, it is difficult to offer a single definition of this technique, nor is there a kind of recipe that can be used in the same way by all researchers.

Although its antecedents can be traced also in other traditions, the analysis of the discourse arises mainly from the linguistic philosophy of the school of Oxford , that considers that the language affects directly the social reality (the interpersonal relations, the conduct, the cognition, the language).

Specifically, the theory of speech acts has had an important impact on discourse analysis, since it proposes that linguistic expressions produce effects that go beyond the words that are used. On the other hand, discourse analysis is also influenced by works that have a more political and sociological orientation.

One of the possible ways to define discourse analysis is to point out that it is a flexible research method that serves to perform a systematic interpretation of discourses .

And a discourse is a set of linguistic practices that maintain and promote social relations (Iñiguez and Antaki, 1994), so language is not only an individual communicative skill but a practice that constitutes and regulates social relations that can be studied.

There are many ways to analyze a speech. In any case, the starting point is to ask what are the social relations to be explained and how (posing a discourse-related research problem), and then to gather the body of data to be analysed, i.e. the linguistic materials (e.g. press release, interviews, a public policy, a regulation, etc.).

From there, the discourses can be analyzed by means of different tools . Some researchers start by performing a content analysis, categorizing the content of texts according to the objectives of their research and then interpreting some of these categories.

Other researchers carry out deep, careful, repeated and systematic readings of each statement looking for language resources such as irony, metaphors, contradictions, trying to reveal the social relations that are mobilized through these resources, that is, looking for the latent effects of language.

What is in any case important in terms of the rigour of the investigation is to adequately justify the steps we have taken during the analysis.

Critical discourse analysis has recently positioned itself as a new research method and has gained much popularity. In very broad terms, it consists of applying a critical perspective to discourse analysis, that is, paying attention not only to social relations, but also to power relations, power abuse and domination that shape social reality and that are mobilized through language.

That is to say, critical discourse analysis seeks to understand how it is that domination is produced and reproduced through discourses. At the methodological level there is not a big substantial difference, it is just as flexible and interpretative as traditional discourse analysis.

His contribution to social psychology

The main impact of discourse analysis in social psychology is that it allows the development of an alternative to research methods centered on experimentation , considering that this is not a neutral process where the researcher does not affect the reality he is investigating, but on the contrary.

It has also impacted the way we do social psychology, because it understands language not as something that is in each individual but as a way of building ourselves and the environment with which we interact.

Because it is such a broad and heterogeneous tradition, there are schools, authors and paradigms that nuance both language theory and research methods differently, in the more traditional perspectives of discourse analysis as well as in the current of critical discourse analysis.