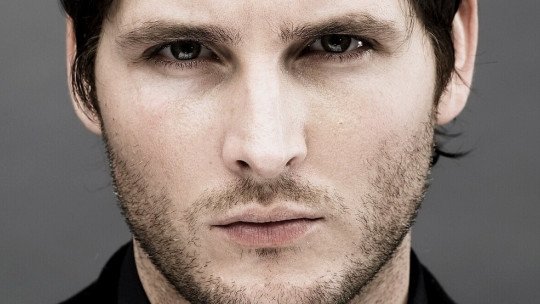 One of the normal phenomena that appears within the vital development of the person, especially in the child and adolescent stages, is the need to challenge authority. But what at first may be considered an act proper to the age or circumstances may hide an altered pattern of behavior.

When these challenges to authority are accompanied by other behaviors considered antisocial, we can consider them as disruptive behaviors . Throughout this article we will analyse the characteristics of these as well as their possible causes and the psychological disorders to which they are associated.

What is disruptive behavior?

Traditionally, disruptive behaviour has been understood as all those actions or behaviours considered as antisocial because they differ from the accepted guidelines of behaviour and social values.

Furthermore, these behaviours are perceived as a threat to the harmony, concord and peace of society and even a risk to the survival of the whole of the population. These behaviours are manifested through acts of hostility and provocation that encourage disorder and the irruption of routines and activities at both the individual and social levels.

Despite the fact that these behaviours can occur in a person of any age , in an isolated and punctual manner or caused by some event or situation that implies a great impact or trauma for the person, there is a series of behavioural alterations in which these behaviours form some of the main symptoms.

According to the Diagnostic and Statistical Manual of Mental Disorders (DSM), these disorders can be classified within the group of disruptive impulse control and conduct disorders , which includes both childhood and adolescent disorders and adult disorders.

The group of behavioral disorders characteristic of children and adolescents are defined by the presence of continuous disruptive behaviors. These behaviors include all kinds of hostile and defiant behaviors of certain minors toward any kind of authority figure.

While it is usual, and typical of the development of the child, that children go through periods in which they try to find where they are at the limit in their negative behaviour , children with some kind of disruptive behaviour disorder take to the extreme the achievement of these acts and behaviours, affecting their daily life, as well as the life of those around them.

Within this DSM classification of disruptive disorders we find the following disorders:

What are the signs or symptoms?

Although it is true that each of the diagnostic categories described above has its own clinical picture with all kinds of distinctive symptoms, there are a series of symptoms or warning signs that can guide us when it comes to detecting whether a person is suffering or developing any of the above behavioural disorders, especially if they are children.

These signs can be categorized into three different groups: behavioral symptoms, cognitive symptoms, and psychosocial symptoms.

They are, basically, the following.

These are the usual cognitive symptoms.

These are the most relational aspects of this psychological phenomenon.

What causes this kind of behavior?

As we mentioned, disruptive behaviors do not necessarily have to be associated with a psychological disorder . However, when they appear persistently and accompanied by other symptoms, it is possible that it is one of the disorders of disruptive behaviour.

Oppositional defiant disorder is defined by the appearance in the child of a pattern of negative, defiant, disobedient, and hostile behaviors toward authority figures.

A child with TND may constantly argue with adults, lose control of his or her emotions very easily, refuse to follow rules, continually annoy others, and behave in angry, resentful, and vindictive ways. In these cases it is very common for the child to provoke constant conflicts and disciplinary situations both at school and at home.

In a large proportion of cases, without early diagnosis and treatment, the symptoms of oppositional defiant disorder worsen over time and sometimes become severe enough to trigger a diagnosis of conduct disorder.

This behavioral disorder is a psychological disorder in which the person manifests a random pattern of disruptive, aggressive and disproportionate behavioral responses. In most cases, these are caused or provoked by a specific motive, or without an apparent purpose; even causing severe damage to the person’s social environment and to the person himself.

Conduct disorder is a more severe version of oppositional defiant disorder. Defined by the DSM himself as a pattern of repetitive and persistent behaviour in which the person violates the basic rights of others , as well as the main social norms linked to the subject’s age.

This disorder can involve serious assaults on people or damage to animals, deliberate destruction of property or vandalism, theft, truancy, and attempting to ignore social norms without being caught.

In this case, the clinical picture is very similar to that of conduct disorder but with the requirement that can only be diagnosed in people over 15 years of age . In addition to the behaviours that appear in the previous diagnosis, antisocial personality disorder also includes other disruptive behaviours such as

Popularly known as pyromaniacs, these subjects show behaviours that are distinguished by the reiteration of acts or attempts to provoke fire or set fire , without an apparent objective or motivation, both to the property of others and to any type of object.

Finally, the last of the psychological disorders in which disruptive behavior is one of the main symptoms is kleptomania. In it, the person manifests a repeated behaviour of theft or appropriation of the property of others . What distinguishes this disorder from the usual act of stealing is that the person does not seek to get rich or obtain material goods, but rather the moment of the theft is in itself a purpose.