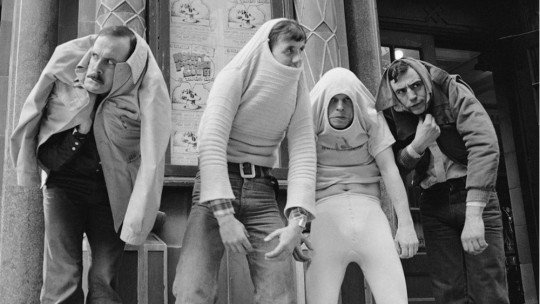 We often talk about thought as if it were one of the unique characteristics of our species. However, this is lacking, since on the one hand many non-human animals also think, and on the other hand there is not just one thought, but several kinds of it.

Next we will see the characteristics of divergent thinking , closely related to creativity, and how it differs from the so-called convergent thinking.

Thought is basically verbal behavior . Even though we are not speaking or writing, we use language to arrive at ideas and “mental images” by combining concepts. This process by which we come to conclusions by combining categories and meanings occurs in all forms of thought. However, what does vary is the style, the procedure with which we use language to create new information.

Normally, this process is of the sequential type. First, we start with an already verbalized fact, and from it we generate a chain of conclusions. For example:

Language is key in this operation, since each of the concepts (onion, neighbors, etc.) has in its meaning elements that help us to weave a line of reasoning. For example, the onion is a small object that can fit in a house or a store, and the neighbors are people, not places that are not available on Sundays.

This style of thinking is normally called convergent thinking, given that of all the semantic elements of each concept , the one that fits a clear line of reasoning is always chosen, the one that has a clear sense and relevance in a chain of operations. For example, in this case we don’t care if the onions are brown, as this has no important implications for the operation of getting one of these ingredients.

Divergent thinking, as its name suggests, is not guided by the logic of fitting semantics into a more or less rigid scheme in order to arrive at a very concrete question with a very limited number of answers. On the contrary: in this case, dispersion is sought, the generation of paths of thought that are radically different from one another.

In divergent thinking one does not go on a cognitive track that goes from a point A (missing onion) to a point B (getting this element). Instead of starting from a conceptual process through which we want to pass certain ideas, we start from a stimulus from which many different ideas can emerge.

For example, before the image of a coffee machine, we can start to think of different uses for that object: that is divergent thinking and, in fact, this kind of exercise is the one proposed to measure creativity from the tests of Sternberg’s triarchic intelligence.

The importance of this cognitive process in creativity

There is no doubt that the habitual use of convergent thinking is indispensable for our survival. After all, we do not live in an ideal world where we can be creating new ideas in total freedom just for the sake of it; we need to respond to specific needs that require certain actions and not others.

However, divergent thinking is also important if we do not want to live our whole life on presuppositions that come from outside . Lateral thinking allows us to deconstruct ideas that seemed obvious to us by themselves until we decided to break them down into several cognitive paths that remained unexplored until now.

This is useful in art, for example, since it is a form of expression based on the innovative use of already known elements (lights, colors, textures…). But it is also useful in our daily life.

For example, thanks to divergent thinking we can see our own identity in a radically different way, creating alternative narratives of what happened . Some that are not necessarily false, but as appropriate as those that until then only remained in force because of the lack of explanations that rival them.

Moreover, divergent thinking helps to question one’s ideology, the moral and political lens through which we see reality. This makes us more sensitive to other people’s ideas whose ideas, even if we do not share them, we can come to understand and, from there, find ways to empathise.

It follows that cognitive creativity is the best antidote to fanaticism . The reason is simple: it puts any dogma in check and helps to detect explanations that are not based on the elaborate beliefs of systems of ideas imposed by sects, small groups that punish diversity of opinions and other similar social circles. That is why divergent thinking is something to be reclaimed.