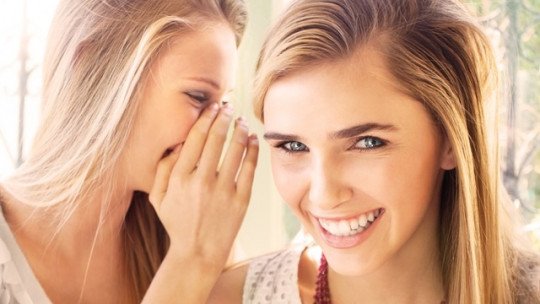 We all know the famous Disney character called Pinocchio , whose nose grew every time he lied. Well, more than one would have to stretch this organ of the respiratory system, because we lie more than we think.

This seems to indicate a study published in the book “Liespotting: Proven Techniques to Detect Deception” by the author Pamela Meyer. As this text explains, people usually lie between 10 and 200 times a day, since they usually tell parts of the truth . In other words, we say only those sentences that people want to hear, those that are considered socially acceptable.

Besides, lying is more common when we’ve just met someone new. In another book called “The liar in your life” , Robert Feldman, professor of Psychology at the University of Massachusetts, explains that: “We lie two or three times in the first 10 minutes of the first conversation with someone we have just met”. How do you explain this? According to Feldman, lying is an automatic self-esteem protection mechanism that is activated when we meet someone for the first time .

The “Pinocchio Effect” for detecting lies

But the relationship between lies and the nose, which characterizes the famous Disney character, is not only science fiction. An investigation by the Department of Experimental Psychology of the University of Granada has discovered that the temperature of our face increases when we lie, especially in the area of the nose. This is what is known as the “Pinocchio Effect”. To carry out their study, they used thermography: a technique that detects body temperature .

The truth is that we humans are very bad lie detectors. This is confirmed by a study from Brigham Young University in the United States, which concludes that when we have a person in front of us, we only realize that the other person is deceiving us 54% to 56% of the time. And if it’s hard to catch a liar in person, it’s even harder to catch him when we speak on WhatsApp.

The 8 Types of Lies

Below we present the different types of lies , in a practical guide that can be useful for you to go ahead with your appointments and in your daily life.

We could say that pious lies are lies that are justified and that, for many, are forgivable . This is because pious lies have a benevolent intention. For example, if someone gives us something that may be special to them, but that you don’t like and you know you won’t use it in your life. You will probably lie to them and tell them that you loved their gift. Basically, in this example, the lie is used so as not to hurt someone else’s feelings.

Broken promises are a failure to keep a previously spoken commitment , and are characterized by a kind of implicit contract. Broken promises can be especially harmful when the person who made the promise had no intention of keeping his word from the beginning, because they generate hope in the other person.

Sometimes, it can happen that a white lie is also a broken promise. For example, if a girl you have asked to go for a drink accepts your invitation to make herself look good. But then, when the time comes, she stands you up because at no point did she intend to go out with you. That is, she only did it so that you wouldn’t feel bad at the time and she could get out of that compromising situation.

Intentional or instrumental lies do not have a benevolent character, but quite the opposite: they seek self-interest . This type of lie has the characteristic that it is used to get something, for example, a job.

Many people have lied on their resumes to get a job. As you can see, these lies don’t have to have a malicious intent. Although, in some cases, people may use them to harm another individual.

4. Lies to oneself (self-deception)

These kinds of lies are unconscious and have to do with our beliefs, because we find it difficult to question them. Also, sometimes it is difficult for us to accept reality and it is easier to lie to ourselves to avoid the fear of uncertainty, because then we do not have to leave the comfort zone.

Cognitive dissonance is one of the most frequent causes of self-deception . A classic example of this phenomenon is that of smokers. They know that smoking can cause cancer, respiratory problems, chronic fatigue and even death. Even so, the vast majority continue to smoke because they deceive themselves with phrases such as: “what is the point of living long if you cannot enjoy life”.

Rumors have more to do with the effect of a lie than with intention. One of its characteristics is that rumors involve several people. A rumour is information whose veracity is in doubt or cannot be corroborated, because it is not known for sure if it is true . Someone may intentionally spread a rumour although there does not have to be an underlying intention.

For example, a man named Antonio saw a co-worker leave his boss’ office with a very friendly attitude and they gave each other a hug. Surprised, and since his boss is not exactly the friendliest person in the world, he runs to tell another colleague (Juan). Juan, who has not seen the event, but because of Antonio’s reaction thinks there is something serious between the boss and the employee, the next morning another office colleague tells him. This last one tells it to another colleague, who does the same until the whole office knows about it. The last person who tells it has received the distorted information, and the details about what happened have been exaggerated in such a way that it really seems that there is a romantic relationship between both actors.

Rumors can cause a lot of damage, and in fact, it was one of the strategies used by the Nazis to make the German population reject the Jews during World War II.

I’m sure you’ve ever come across someone who tends to exaggerate everything he says. For example, he’s hit on a lot of girls when he’s really only succeeded at one. Well, exaggeration is nothing more than that. They are usually stories that are a bit true, but they tend to be exaggerated in order to impress others .

In addition to stories in which lies are added, there are also lies by omission, characterized by the person not making up the story, but omitting relevant facts.

Plagiarism refers not only to lying, but also to theft . It consists of copying someone else’s work. Plagiarism is a serious act and can have legal consequences. Some students have failed subjects because of it, and some professional writers have been denounced for having copied the work of other individuals. In addition, plagiarism is voluntary, an act of bad faith. That is why it is one of the most reprehensible lies, because it combines both the appropriation of a work that is not one’s own and dolo .

Compulsive lies are the lies that compulsive liars perform, over and over again . They are usually caused by a serious problem (for example, low self-esteem) so these people often need attention. In fact, a compulsive liar may have difficulty stopping his or her urge to lie, and they often tell lies even when it is easier to tell the truth.