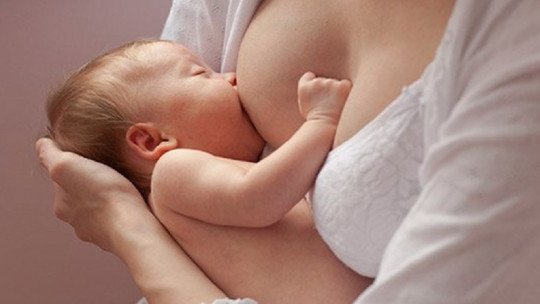 Both in the scientific community and in the general population, a large number of benefits are attributed to breastfeeding compared to bottle feeding. Besides the improvement of the immune system or the physical growth rate, demonstrated by science, it is also sometimes said that breastfeeding increases the intelligence of babies .

The research currently available does not make it possible to state unequivocally that the consumption of breast milk is directly related to IQ. However, while there are contradictory data in this regard, the probability of a small but significant causal relationship between these two variables is high.

Relationship between breastfeeding and intelligence

According to a meta-analysis of 17 studies on this topic by Horta, Loret de Mola and Victora (2015), there appears to be a relationship between breastfeeding and better performance on tests measuring IQ.

The average of the differences, the authors of this research state, would have a value of approximately 3.44 IQ points . This is a relatively small difference, but one that is of high statistical significance and one that remains at later stages of development.

However, these researchers highlight the fact that heterogeneity among studies is high, which makes it difficult to draw definitive conclusions. Even so, it should be taken into account that they tried to control for the mother’s IQ, a variable that could interfere, but not the family’s socio-economic level, which is potentially key.

Another interesting finding of this meta-analysis is that breastfeeding is not only associated with increased IQ, but could also influence overall academic performance and income level during adulthood. These effects may be directly due to breastfeeding, but also due to unidentified mediating variables.

What are these effects?

Horta and her colleagues suggest that the link between breastfeeding and increased IQ is not necessarily due to breast milk itself but could be determined by other factors, in particular increased interaction between the baby and his mother, which would lead to increased stimulation of the baby.

In the case of assuming the hypothesis that breastfeeding directly increases intelligence, this causal relationship could be attributed to two main facts: and the enhancement of the bond between baby and mother and the nutritional richness of the breast milk.

This food contains nutrients that are very beneficial for children, such as long-chain polyunsaturated fatty acids. Its consumption could enhance the development of the brain and of the white substance in particular, according to Isaacs and collaborators (2011).

Evidence against this hypothesis

A longitudinal study conducted with a sample of over 8,000 families in Ireland (Girard et al., 2017) found a statistically significant relationship between breastfeeding and IQ in early life; however, this is a small increase and has virtually disappeared by the age of 5 years .

This research team found that babies who were consistently breastfed by their mothers for the first six months after birth showed improved cognitive function, although this was not sustained in the medium term. Therefore, in adulthood this increase in IQ would be predictably non-existent.

According to these authors, the effects found in other studies were due to insufficient control of variables. Particularly noteworthy are the educational and socioeconomic levels of the parents , which in turn are associated with better health, including a lower probability of tobacco consumption.

Other Benefits of Breastfeeding

Research has found links between early breast milk consumption and improved immune system function. This would help prevent a wide range of diseases, from infections to diabetes and even sudden infant death syndrome.

In fact, the World Health Organization states that the risk of death in the first month of life is six times lower in babies who are breastfed compared to those who are exclusively fed by bottle.

In any case, it is important to note that many of the studies on the effects of breastfeeding on the body could be biased in a similar way to those we have mentioned when describing the relationship of this food to intelligence.

Finally, it is worth mentioning the relevance of the attachment bond between mother and baby . This can have a great influence on the development of the child, especially from a psychological point of view. Breastfeeding promotes this intimate relationship, but of course there are many other elements that can do so.