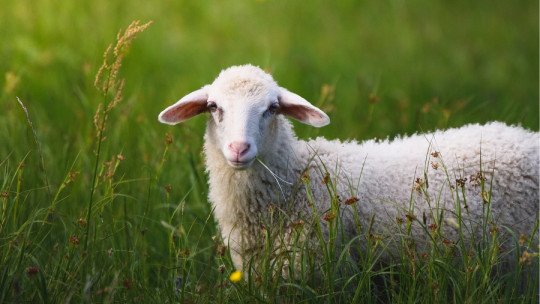 Do you know why some animals, when living with humans, acquire certain distinctive characteristics, such as cats or dogs? This is explained by the domestication syndrome, a fundamental process in social evolution .

This phenomenon was originally studied by Charles Darwin, but recently, researchers Adam Wilkins, Richard Wrangham and W. Tecumseh Fitch, studied the phenomenon again. Five years ago, in 2019, they published the results of their studies in the journal Genetics.

Let’s find out what this phenomenon consists of and how it appeared in evolution.

Domestication syndrome and the studies of Charles Darwin

Domestication syndrome is considered one of the greatest mysteries of genetics. It is the process by which a species acquires certain morphological, physiological and behavioural characteristics as a result of a prolonged interaction with humans .

More than 140 years ago, Charles Darwin began studying this phenomenon when he noticed that domestic animals shared a variety of characteristics not found in wild animals, such as white spots on their fur, drooping ears, a short face, youthful faces, a curved tail and smaller jaws. He also noted, when comparing domesticated animals with their wild relatives, that were more docile .

Despite Darwin’s observations, it was difficult to explain the reason for this pattern.

Characteristics of the syndrome

British anthropologist and Harvard University researcher Richard Wrangham also talks about this concept of domestication syndrome to refer to the fact that humans exhibit a number of biological characteristics more typical of pets than wild animals. One of them, for example, is the very low rate of face-to-face aggression that we display.

R. Wrangham states that we share with our pets and farm animals some of their characteristics . These traits are not common among wild animals and common among pets. In addition, Darwin states that humans did not specifically choose their pets because they had these traits.

In addition, R. Wrangham states that our skeleton has many peculiarities characteristic of pets. In addition, according to him there are four characteristics that we have related to pets and that wild animals do not have; a shorter face, smaller teeth, reduction of sexual differences with males by becoming more feminine; and, finally, a smaller brain .

In relation to the latter, it is worth mentioning that the natural evolution of the species has always been a trend towards a continuous increase of the brain; however, this trend has been reversed in the last 30,000 years. The process of domestication began to develop about 300,000 years ago, and the size of the brain only began to decrease in the end.

How did domestication syndrome come about?

R. Wrangham, along with Adams Wilkins (Humboldt University in Berlin) and Tecumseh Fitch (University of Vienna), proposed that these distinctive features mentioned in “domesticated” species emerged from a group of embryonic stem cells, the neural crest.

The neural crest is a structure that forms in the vertebrates near the spinal cord of the embryo . As it develops, the cells migrate to different parts of the body, originating different tissues such as parts of the skull, jaws, teeth and ears, as well as the adrenal glands that control the “fight or flight” reaction.

According to these researchers, domesticated mammals could present problems in the development of the neural crest. They argue that probably, when breeding these animals, humans have unconsciously selected those with alterations in the neural crest, presenting these smaller adrenal glands and a less fearful and more docile and collaborative behaviour .

Some of the consequences of this deficient neural crest can be the depigmentation of some areas of the skin, dental anomalies, malformations in the ear cartilage, and changes in the jaw. These alterations appear in domestication syndrome.

For example, we are among our closest relatives to the bonobos. They are animals very similar to chimpanzees, but their skulls have characteristics of domestication (a shorter face, smaller teeth, smaller brain and reduced differences between the sexes). In addition, they are less aggressive, more peaceful.

R. Wrangham states that female bonobos probably domesticated the males , since bonobos live in a habitat that allows females to travel together all the time, unlike chimpanzees. This has favoured social alliances between the females.

The case of the human being

In the case of human beings, however, it cannot be said that women “domesticated” or civilised men as well; it is true that there has been a lot of mythological tradition that held that power was in the hands of women, but today there is no matriarchy anywhere in the world (indeed, the opposite system, patriarchy, still exists) and there is no evidence to support it either.

If it wasn’t women who “domesticated” men, we wonder… Who did? But it’s all speculation, since the fossils don’t tell us exactly what happened. According to the author, we should look at how hunters and gatherers today treat people who behave aggressively.

In communities where there are no prisons, neither military nor political, they only find a way to defend themselves against the determined author of the aggressive behavior: the execution . Thus, the murder is carried out by agreement among the other members of society.

Today, it is known that without domestication, human societies would not have evolved and progressed in the same way.