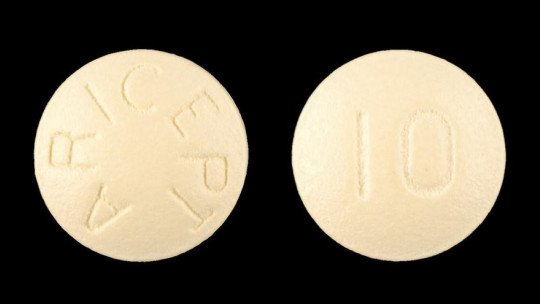 Due to the large number of symptoms and the gradual nature of these, neurodegenerative diseases are virtually impossible to stop or cure. However, there are currently drugs that make it possible to improve functions, giving the patient greater autonomy and, consequently, a higher quality of life.

This is the case of donepezil, a drug prescribed in the treatment of Alzheimer’s disease that, despite not achieving remission of symptoms, favours the improvement of psychological functions such as memory, the ability to communicate and even mobility.

Donepezil, commercially known as Aricept , is a drug belonging to the so-called cholinesterase inhibitors and administered for the palliative treatment of Alzheimer’s disease.

The main effects of this drug on the Alzheimer’s patient are related to the improvement of mental functions . Its effects on the cognition and behaviour of the patients are notable, improving functions such as memory, attention, interaction with other people, speech and the ability to reason.

However, despite these improvements in donepezil, it does not slow the progression of the disease nor can it be considered a cure for Alzheimer’s. Instead, it is used as a palliative drug that improves the level of dependency and quality of life of patients.

Research resulting in the development of donepezil began in 1983, but it was not until 1996 that it received approval from the U.S. Food and Drug Administration (FDA). After fourteen years, donepezil started to be marketed by Pfizer Pharmaceuticals and in 2011 became the world’s best-selling treatment for Alzheimer’s disease , also being sold in generic format.

As discussed above, donepezil is given in most cases for the treatment of Alzheimer’s disease. This condition causes progressive neuronal destruction or degeneration that affects both memory processes and the ability to reason, learn, speak or perform a large number of daily activities.

In addition, this drug can also be administered for the treatment of certain types of dementias in which the abilities that make memory, reasoning, communication, as well as emotional stability and personality are affected.

However, as specified above, there is still no evidence that donepezil alters the course or progression of Alzheimer’s disease. The administration of this drug is recommended in mild to moderate dementias but in any case the person should be subjected to continuous monitoring and follow-up, as well as psychological therapy to accompany the effects of the medication.

In any case, donepezil never cures Alzheimer’s, an irreversible neurodegenerative disease ; it has been designed to slow the progression of its effects.

What is its mechanism of action?

The active ingredient of donepezil irreversibly binds and paralyses the action of cholinesterases , thus inhibiting the hydrolysis of acetylcholine. As a result, donepezil increases acetylcholine concentrations at cholinergic synapses. This favours the correct functioning of neuronal transmissions.

Alzheimer’s disease involves a substantial loss of certain elements of the cholinergic system so it is hypothesized that its symptoms are related to an acetylcholine deficit, especially in the cerebral cortex and other areas of the brain such as the hippocampal formation. This loss of cholinergic neurons in the central nervous system generates a cognitive deterioration that causes the symptoms related to attention, memory and learning.

Donepezil is administered in two different formats: tablets and oral soluble tablets, both to be taken orally. The recommended dose is usually one tablet per day, preferably taken at the same time and at night just before bed. However, these are general recommendations, so the patient should always follow the indications given by the medical professional , who will adjust the treatment to each specific case. Therefore, in no case should the patient alter the indicated doses on his own and he may only stop taking it under the supervision of the relevant doctor.

It may take a few weeks for donepezil to take effect. However, the patient should continue to take it. Otherwise, a range of adverse effects may occur that may harm the person’s health.

What are the side effects?

As with all drugs and medicines, donepezil can generate a series of adverse effects which, depending on the degree of intensity at which they occur, can be really annoying for the patient.

Why do these side effects appear? The explanation is the same for all active ingredients used in a drug: these are only molecules , not remote-controlled nanobots designed to act only on certain parts of some cells and not on others. On the contrary, these molecules interact with everything they can interact with in a significant way, and some of these elements are outside the circuit that maintains and feeds the appearance of the symptoms to be treated with the drug.

These reactions to treatment can be divided into those side effects that are not serious and therefore do not always require medical attention, and those more serious effects, in which it is necessary to go to the doctor’s office as soon as possible in order to adjust the medication.

These are the side effects that need to be detected and treated more quickly.

What precautions should be taken with its consumption?

You should inform your doctor of any special health conditions you may have, including pregnancy , both before and during treatment. In addition, donepezil should be administered cautiously in patients with heart disease, heart conduction disorders, chronic obstructive pulmonary disease, asthma, severe cardiac arrhythmias, and sick sinus syndrome.

On the other hand, it can only be consumed under medical indication and supervision. Similarly, the physician must have a record of any other treatment to which the patient is subjected. This includes prescription and non-prescription drugs, vitamins, nutritional supplements and natural herbal combinations.

The price of donepezil , for a box of 30 tablets of 10 milligrams, is about 30 euros in Spain and 1430 Mexican pesos in Mexico. In any case, its consumption should always be indicated by the doctor, due to its side effects.