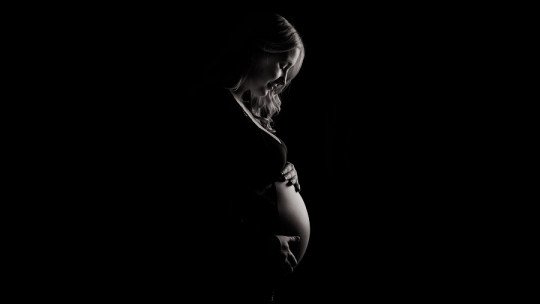 The world of dreams is one of the fields of the human mind that has generated most interest throughout history. When this topic is joined with another as universal as pregnancy and motherhood, it is normal that a feeling of having questions to answer arises.

In particular, it is relatively common for many women to dream that they are pregnant without being pregnant. These experiences are capable of causing a state of unease that is understandable given the emotional burden of pregnancy, so it is most common for people to try to understand what that means.

So… what does it mean to dream that you are pregnant without being and why does this idea appear while you are sleeping? Let’s see it while we go through several concepts related to the functioning of dreams.

Dreams and their link to motherhood

First, let’s examine what dreams are and how they appear. Dreams can be understood as hallucinations, since they are experiences that apparently come to us captured through our senses despite the fact that none of this is happening outside our body; everything happens from the inside, in the operations of our brain.

The key question is… why do we dream? It is currently believed that dreams are the product of the process by which the nervous system reconfigures itself while we sleep so that all the parts that make it up can rest and prepare to face a new day of energy expenditure during the day.

We dream more often when we go through the REM phase , in which our degree of consciousness is relatively high but at the same time we are disconnected from the outside world.

On the other hand, dreams usually refer to experiences that are familiar to us in some sense, and therefore pregnancy is an element whose appearance in them is not exactly uncommon.

Being pregnant is a relatively easy thing to be included in virtually any story devised by the brain during the stages of dreaming, and this experience can happen in a multitude of fictional contexts: in a quiet moment at home, in a dangerous situation where you feel you have to protect both your life and your baby’s, etc.

In any case, when you examine what it means to dream that you are pregnant, it is that it has absolutely nothing to do with whether or not you are actually pregnant.

The body has other much more direct ways of revealing that, and none of them depend on the dream world but are shaped by hormonal changes and their physical manifestations in the woman’s body. So if this is something that worries you, don’t worry: having been pregnant in one of your dreams does not mean that you will soon have the news that you are going to be a mother .

The relationship between dreams and pregnancy is purely psychological, and not a clear biological link between them in the way that there is between fertilization and the cessation of menstruation.

What does it mean to dream that I’m pregnant without being?

In view of the above, let’s move on to the main thing: what it means to be pregnant without being pregnant. As dreams give shape to ideas and ideas are basically something that we analyze by looking for concepts and symbols, there is no single solution to this enigma: there are several ways to interpret this kind of dreams .

However, in practice these possible interpretations are not infinite, and the most frequent psychological causes that explain why this experience has been lived are the following.

1. Concern about jumping into adulthood

A pregnancy does not have to be seen as just the beginning of motherhood. It can also imply the true beginning of life as an adult .

It is not in vain that we often define the meaning of the word “mature” to our ability to take on responsibilities, and pregnancy is one of the clearest expressions of this; we try to make room in our lives for one more person who will depend on us.

Naturally, this implies radical changes in women’s lifestyles , and the anticipation of this new way of living is capable of generating stress even years before the actual transition from adolescence to adulthood takes place.

2. Eagerness to be a mother

This is possibly one of the meanings of dreaming that you are pregnant. Dreams are a kind of playground in which gives us room to fantasize , and so it is normal that we tend to want to imagine pleasant situations when that is allowed.

3. The concern for physical change

Growing up involves physical change, and pregnancy is one of the experiences with the greatest capacity to change the body in a shorter period of time. Therefore, behind this kind of dreams linked to motherhood, there can be an interest (either optimistic or pessimistic) in the change that time leaves in a woman’s body .

4. Dreaming that you are pregnant and don’t want to be: social pressure

Another common meaning is that there is fear and anxiety about the social pressure exerted on many women to become mothers regardless of their true motivations and desires.

Therefore, this fear can materialize in the nightmare by which the worst possible scenario has been fulfilled and you have become pregnant (even many months, with a very swollen belly) in spite of not wanting to be like that.