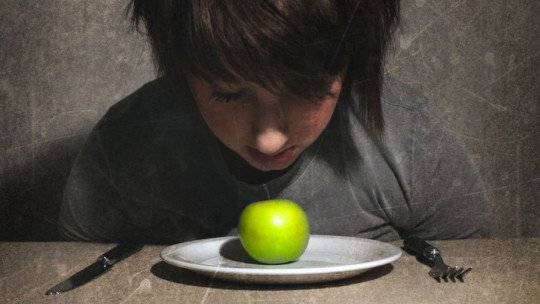 According to the Asociación Contra la Anorexia y la Bulimia (ACAB), 11% of young Spaniards are at risk of suffering from some kind of eating disorder. This is a health problem that particularly affects girls, according to the World Health Organisation (WHO).

To this must be added another factor that falls within the problem: the contents of the Internet that encourage to follow with harmful or pathological food dynamics .

Eating Disorders and Their Internet Footprint

In the annual report that the ACAB carried out in collaboration with the Internet Quality Agency (IQUA) which analyses the increase in Internet content related to serious eating disorders, it is reflected that the group most likely to suffer from these diseases is young women and adolescents (between the ages of 12 and 24). In addition, it is estimated that there is a high level of vulnerability among those who visit these websites, since in most cases (75%) they are minors.

In summary, the misuse of social networks and their relationship to eating disorders is a problem that particularly affects underage girls with a worrying prevalence.

A study by the Internet Quality Agency (IQUA) conducted in 2010 for the Fundación Imagen y Autoestima revealed that there were nearly 2,500,000 publications labeled with the hashtag #anorexia and nearly 4,000,000 behind #ana and #mia .

Therefore, in 2012 the popular image display and “like-addicted” network, Instagram, took action and included in its list of prohibited tags, (i.e. they would not get search results): #probulimia, #proanorexia, #loseweight, #thinspo, #thinspiration ( thin “thinness” and “inspiration”, etc.

Unfortunately, that measure did not eradicate the problem. Proof of this were the results of the study Dangerous Hashtags in Social Networks which , a linguist from DAIL, published in the summer of 2015. In it she discovered new techniques of the Internet users that made it more difficult to trace the hashtags.

A problem that resists

Up to 1,005 combinations of labels that appeared next to #ana and #mia, such as #skinny or recently, #thinspiration, the abbreviation for “thin” and “inspiration”, plus other labels that all psychologists would recommend monitoring and that go beyond the food topic, such as #sue (suicide), #deb (depression) or #cat (self-harm; suicide).

The Internet as an environment of risk

In a more recent study carried out in 2016, the Dialogue Table for the Prevention of Eating Disorders in Catalonia also examined our search habits, concluding that 31.6% are looking for “how to lose weight quickly”, 11.6% “extreme diets to lose weight”, 10.8% pro-ana and pro-mia blogs and forums and 5.2% “how to vomit”.

In addition, it was emphasized that frequenting social networks and spending hours online is associated with an increased risk of eating disorders and body image concerns.

The conclusion that can be drawn is that our Internet search habits reflect the extent to which we are not immune from cultural pressure by beauty standards. Young teenage girls are even more sensitive and prone to be negatively affected by these contents and, therefore, the use of social networks becomes a risky practice for this Internet user profile (which does not mean that the web will be harmful in all cases).

The Power of Influencers

In 2015, Instagram model and star 18-year-old Essena O’Neill revealed to the world that behind every picture of her there was a great deal of emotional suffering and food restriction and created a website to help other teens and young adults get rid of follows and likes. She was a influencer , one of the most popular people on Instagram, and had more than 700,000 followers, which gives an idea of the power of influence Essena had.

The weight that these young models have in the network is overwhelming, given that 88% of young women declare that they follow influencers through social networks, according to the Annual Social Networking Study 2016, of the IAB Spain. The fact that this type of role models of the network may be involved in potentially pathological food dynamics sets off alarms in several health-related sectors.

The precedent set by the young instagramer has led other people to combat food pathology on the net. These are initiatives that use the Internet to spread critical thinking and empowerment aimed at preventing the possible harmful effects of the Internet related to eating disorders .

Following the path of Essenia O’Neill, a young woman has been documenting her recovery on Instagram under the hashtag #anorexiarecovery. That is, she has reversed the pro-pathological use of the social network to set an example and promote a lifestyle away from eating disorders. By 2016, there are already several cases of new influencers who have followed in Essena O’Neill’s footsteps, and there are also occasional claims by celebrities who criticize the social pressures that keep many young women out of healthy habits.

Nevertheless, even today we can consider social networks potentially dangerous, at least for that risk group formed by girls and adolescents .

Laura Martin-Perez considers that it is quite easy to keep a record of these pathological labels, it seems that the administrations do not apply measures along these lines, so there are not enough control measures on the contents that may have a negative and harmful impact on minors. Content which advocates anorexia or bulimia in a more or less veiled way is still a reality on the Internet.

So we must take another step to fight against these publications, denouncing them as adult users . Let us remember that minors do not yet have that critical eye that allows us to discern between health and extremism or pathology.