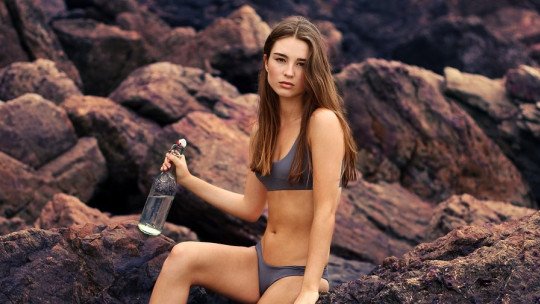 Throughout the history of the Western world, different changes have taken place in the value attributed to food and, with it, to body dimensions. Closely linked to this, we find the variations in the concept of beauty that have been produced in different periods . Thus, for example, in developed cities, where food is not a limited good, thinness is considered the aesthetic ideal, while on the contrary, in places where food is scarce, body roundness is the most aesthetically desirable.

We must not forget that beauty is a subjective aesthetic value proper to human beings, and it does not have universality , since it is influenced by various cultural and economic factors… what may be beautiful for one society may not be so for another.

That is why social phenomena affect both the way we perceive beauty and the way we value ourselves. In certain contexts, this can give rise to eating disorders.

Beauty Canons and Their Influence on Eating Disorders

Symmetry, like human health, has been considered as an indicator of beauty , together with other elements such as big eyes, long legs and youth. Nowadays we have studies that show that these features are good indicators of attraction.

Moreover, the symmetry of the potential couple is a sign of internal health, and evolution would have selected the most symmetrical ones in order to rule out diseases or malformations that generate disadvantages in the offspring and thus achieve the future of the species.

It is difficult to achieve a definition of beauty due to this subjective character, but we can speak of a canon of beauty by referring to the set of characteristics that an object or person should have so that the society in which it lives considers its attractiveness .

This concept varies from time to time and from one culture to another. During much of prehistory there was a canon of beauty that corresponded to a woman with a large belly, voluptuous breasts and wide hips since the main objective was the survival and reproduction of the species. This concept evolved until it reached the present day , a stage in which extreme thinness filled the catwalks .

This type of social stereotypes associated with body beauty are causing a boosting effect of different eating disorders . The main ones are the following.

It is the most important eating disorder because of the severity that some cases can reach. The literal translation of anorexia nervosa is “nervous loss of appetite” and is a disorder of food intake deficit . The subject who suffers from this disorder has a relentless need to lose weight caused by a phobic fear of obesity, so they follow a very strict diet and continue to starve and in many cases die.

Symptoms include severe food restriction and consequent malnutrition, distortion of body image, food avoidance behaviour , and different physical repercussions such as menstrual irregularity and later amenorrhea or impotence for males.

Bulimia nervosa is an eating disorder characterized by binge eating and purging . Like anorexia, the person is obsessed with his or her “ideal weight” (distorted as the view of his or her body image) and is afraid of obesity, seeking above all else his or her thinness.

The person begins to feel an urgent need to eat food at all costs and without self-control . After these episodes of overeating or commonly called “binges” the subject is invaded by negative feelings of guilt that he or she tries to overcome by induced vomiting, the use of purgatives and laxatives or the use of amphetamines.

This circular behavior (needing to eat – feeling of guilt – elimination of such feelings) occurs again and again constantly perpetuating the bulimic picture. The influence of the media and advertising , the professional demands in some cases and the need for social integration itself, may be factors that predispose the person to suffer this type of disorder.

The ages most affected are those covering adolescence , where self-esteem has its greatest instability and social and reference group acceptance is the number one priority, but anyone can be vulnerable.

No one is perfect, but we are perfect imperfections. Knowing oneself, loving oneself and surpassing oneself day by day in all aspects should be the fundamental pillars for personal development and achieving a psychological well-being that accompanies physical well-being.