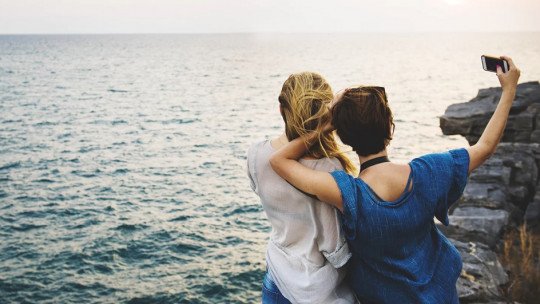 Every few centuries, humanity takes a giant step in its cultural development based on the discovery and proliferation of a new revolutionary resource. It happened with fire, it happened in the industrial revolution, and now it is happening with what, for the moment, we call technological revolution .

It is a fact that new technologies are bringing about a paradigm shift in our society. To be able to maintain contact routes indefinitely open through social networks or to be at a click of the last news in any part of the world, supposes some changes at cultural and commercial level that, we like or not, are there. And like all great changes, this one implies a gradual process of adaptation and learning , especially in the case of the younger generations, who are very exposed to these resources.

Why educate in the use of new technologies?

We must maximize the advantages that these resources offer our society, while preventing as much as possible the risks associated with them. In this sense, there is a growing awareness of the importance of training the new generations who have known the world with all this technology and who are growing up in the midst of the technological revolution.

The aim is to make good use of these new resources. They may technically move like fish in water in their use as users, but that does not mean that they are able to integrate them into their life in a healthy way .

It is not necessary to have a bad concept of social networks to fall into any of their dangers, sometimes it is enough with a spontaneous and natural use guided by the principle of immediate gratification that offers the connection to Internet and access to all types of content and virtual interactions. That is why it is vital to guide and train people in the proper use.

The Danger of Technology Addiction

One of the most prominent dangers is that these new technologies are potentially addictive. Video games, applications, social networks or simple navigation imply intrinsic mechanisms that can lead us to suffer from addiction by obtaining an immediate reward (or, rather, reinforcement).

Let’s take an example. When I perform the behavior of writing a chat message, the response message obtained works as a reinforcement or reward. Reinforcements are defined as those consequences of a behaviour that increase the probability of its repetition in the future . Under this framework, it is easy to understand that the more I write and the more they answer me… the more likely it is that I will write again. If you have become familiar with any instant messaging application, you are beginning to understand the magnitude of this risk.

Video games base all their functioning on this mechanism . I carry out the playing behaviour and, eventually, the video game itself administers a reinforcement, such as an achievement, a skill, unlocking a new level… every time we activate one of these reinforcements, our playing behaviour is perpetuated more and more and, if we pay attention, we will notice how the game at first offers us the prizes by doing the simplest tasks but, as we advance in the game, we will obtain them every time and after performing feats that imply greater effort or skill.

Smartphones and the Internet: the kingdom of immediacy

As in any addiction, it is not enough to know the possible long-term negative consequences , since behavioral psychology tells us that, in general, an immediate reinforcer has more effect on our behavior than a deferred punishment. In other words, we tend to prefer bread for today despite the hunger for tomorrow.

Therefore, we must offer concrete and alternative guidelines of behaviour , also duly reinforced, if we want to avoid this discomfort that already affects around 20% of young people.

However, while we are doing this prevention work, it is easy for many of us to be already in the grip of new technologies, and therefore if we suffer from symptoms such as irritability or anxiety when not having the Smartphone or another device, if our academic or working life is being affected or if we detect a lack of self-control with regard to the use of new technologies, perhaps it is time to reveal ourselves to our reinforcers and seek guidance from a specialist.

Because of technology, boosters are everywhere, and it’s better that we choose them… not the other way around.