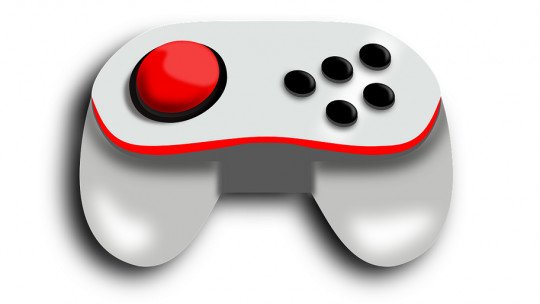 It is no secret that technological evolution is growing exponentially at enormous levels. The video game industry is doing the same, with the technical characteristics of games and the money they generate increasing. Thus, we are in a stage of full apogee of the video game industry and with it, a process of expansion that is taking place at a dizzying speed.

The generational technical leap is one of the most surprising factors in this industry as today’s video games are achieving increasing levels of graphic realism, which allows us to have a much more immersive and vivid experience. However, the most important milestone in the entire history of video games is perhaps the moment of consolidation of the e-Sports , which has given a great boost to the entire industry and has allowed its growth to a point difficult to imagine before.

One of the new paths that has opened up in this industry is the entry of psychologists as active agents in the development of video games. We will try to shed some light on this new field , still in its early stages but which aims to change the current paradigm.

Psychology and videogames: a possible binomial?

Psychology deals with the study of human behavior, its mental processes and its sensations and perceptions. Since the main objective of video games is to provide the public with a pleasant and entertaining experience, why not apply psychology to them to improve their task? And even more: Given that playing video games implies an explicit mental activity, do they have consequences on our levels of cognitive functioning? To make this article more understandable, we will start by answering the second question to give rise to the first one. One of the primary characteristics of video games is their visual nature, to which is added a motor component for interaction with the game, and various secondary elements such as music or dialogue. Due to their primary visual nature, spending time playing video games can enhance the spatial-visual skills of players (Alloza, Costal & Jimenez, 2016), to the point of greatly improving this skill in those who perform this activity for many hours.

Thus, authors such as Green and Bavelier have been studying these phenomena for many years and trying to analyze all the visual processes that are enhanced, in addition to including processes such as attention (Alloza, Costal & Jimenez, 2016). At the level of attention processes, we also see that substantial improvements are produced in their basic performance and that this same improvement is translated or generalised to other activities (Wilms et al., 2013). All of these implications for human functions could be broken down and analyzed in a much more specific and complete way, in addition to analyzing many others that also have implications; but this would lead us to a much more extensive and scientific article.

From the previous paragraph we conclude that video games produce great (mostly beneficial) changes in people’s cognitive functioning . In addition, they also produce improvements in motor skills and are increasingly being used in the rehabilitation of patients who have suffered a stroke (a type of syndrome that involves a sudden suspension of brain activity, accompanied by a variable degree of muscular paralysis) or to improve cognitive function in the elderly, including for the treatment of phobias. For these reasons, video games can prove to be great tools for the work of a psychologist, but the involvement of this figure within the industry is not limited to these functions alone.

Psychology within videogames can be used in many ways and the truth is that, really, a psychologist can be of great help at any stage of videogame development or in any area within a videogame company.

Some of the elements that a psychologist can provide are

A psychologist could perform functions of analysis of the quality of immersion produced by a video game . Knowledge of the human mind and its behaviour helps to decipher what the context of the game should be like, together with all the elements that make it up, in order to generate the desired emotions or sensations. Continuing with the previous point, a psychologist can design as well as diagnose if an element is well designed or not . In this way, issues such as lighting or music, for example, would be key factors in certain video games that a psychologist could design properly.

He could also adopt the role of analyzing the mechanics of the game, contributing his expert vision of the human psyche, to feed it with characteristics that facilitate and provide greater fun. Again, he can also take a more active role and design the mechanics that limit the game in order to generate certain sensations in the players. A couple of examples are the basic mechanics of positive reinforcement (rewards) for the player to keep playing and thus increase user retention. Or the social part of the video game, designing a competition or social interactions to increase the engagement and motivation of the players, not being the only way to do it.

4. Personality profile of the characters

In addition, you could also easily design the personality profiles of the different characters that appear in the video games and . In certain games there are pathological characters and who better than a psychologist to specifically design the behavior patterns that these characters should show. The psychologist also plays an important role in the creation and design of the levels of the video game , or the way they show the progress that the player has made in it. Whether it is levels of the Candy Crush, secondary missions in a classic RPG, or different circuits in a racing game, the figure of the psychologist can do his bit, thus increasing the quality of the product and providing added value.

Even on an economic level, an expert psychologist could play a very important role on the monetization of video games because of his great knowledge of consumer profiles, and because of the innovations that are currently being made in the way of monetizing them.

Outside the product, the psychologist could also fit quite well into a company dedicated to the development of video games . In fact, there are already professional psychologists working actively in many departments of companies today, and video game companies are no exception. Some examples are figures from Community Manager , Customer Experience Designer and even in the Human Resources department.

Finally, psychology could also be applied to professional competitive teams participating in e-Sports as sports coaching , in the same way that it is used with professional sportsmen and women to prepare their mood and mental state before certain competitions or life events. Much to Discover, Much to Move Forward

However, the role of psychology in video games is still at an early stage, although large companies such as Valve , Ubisoft or EA Games already have psychologists on staff as designers. However, there’s a lot of reluctance about what our profession can bring to the development of video games, which is certainly a lot.