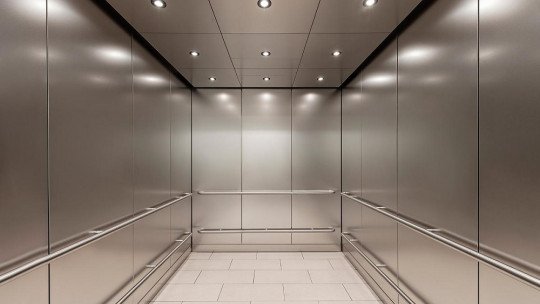 The fear of being locked into a small space can appear at any time in our lives. However, when this fear is exaggerated and prevents us from developing our daily lives normally, we may find ourselves facing a phobia. This is what happens with elevator phobia .

Throughout this article we will describe what this specific type of phobia is, as well as its symptoms and causes, and what the sufferer can do to manage the discomfort it causes.

What is an elevator phobia?

Elevator phobia manifests itself as an exacerbated, irrational and uncontrollable fear of this type of machinery. However, although its symptoms are the same as those of any other specific anxiety disorder, the fear of elevators is not considered a phobia per se, but is categorized into two other very common phobias: claustrophobia and acrophobia.

Claustrophobia consists of an irrational fear of enclosed or limited spaces or enclosures , while acrophobia is the excessive fear of heights.

With these two concepts understood, it is much easier for us to understand what fear of lifts is all about. In those cases in which the person begins to experience symptoms of anxiety at the time that he goes up in an elevator, or even when he knows he is going to go up, it is a fear that is typical of claustrophobia; due to the reduced space in which the person is.

However, when this irrational fear appears at the thought of reaching a certain height, the basis of the fear of elevators is acrophobia . This fear tends to increase in those elevators with glass walls, since the person experiences a greater sensation of being suspended in the air.

What symptoms do you experience?

Whatever the basis or origin of lift phobia, people who suffer from it tend to experience an excessive, irrational and uncontrollable fear of lifts , elevators or freight elevators, perceiving an intense anxiety response every time they are exposed to the possibility of having to ride one.

The main consequence of this phobia is that the person tends to carry out all sorts of behaviors, acts and conduct aimed at avoiding the feared situation or escaping from it as soon as possible.

Because these devices are found almost everywhere, elevator phobia can be very annoying and sometimes highly disabling, even interfering significantly with a person’s daily life. However, as we shall see, there are a series of guidelines that can be followed to better tolerate these anxiety-filled situations or, in the case of a major problem, very effective psychological treatments.

Since it is an irrational fear of a specific object or situation, the phobia of elevators shares symptoms with the rest of specific phobias , the most characteristic being the manifestation of high levels of anxiety in people suffering from this phobia.

Although the number of symptoms and their intensity may vary from person to person, for this fear to be classified as phobic, the person must present some of the symptoms of the three categories associated with phobias: physical symptoms, cognitive symptoms, and behavioral symptoms.

Because it is an anxious symptom, when the phobic stimulus appears, the person usually experiences a series of alterations and changes in his body. The origin of these changes comes from a hyperactivity of the autonomic nervous system , and can generate the following effects:

These physical symptoms are accompanied by a number of intrusive and irrational ideas about the supposed danger of lifts. These distorted beliefs play a double role, since they originate the physical symptoms and also the potentials when they appear since the person cannot get these ideas out of his head .

These cognitive symptoms include:

In avoidance behaviors, the person performs all possible behaviors or acts that allow him/her to avoid the possibility of having to face the stimulus. In this case it could be climbing the stairs instead of taking the elevator, regardless of the number of floors.

As far as the escape behaviour is concerned, it appears when the person is already inside the device, inside which he will do everything necessary to get out as soon as possible. For example, by compulsively pressing the door opening button .

Trying to determine the specific origin of phobias can be an extremely complicated task, since in many cases there is no single trigger for the disorder. Rather, the person feels a fear of elevators but is not aware of why.

However, there are theories that point to the idea that a genetic predisposition of the person, coupled with the presence of a traumatic event or situation related in some way to elevators will very possibly trigger the emergence of such a phobia.

How do you deal with this fear?

There are a number of clues or guidelines that can help people who are very afraid of elevators to avoid increased feelings of anxiety. Some of these guidelines are as follows:

Are there psychological treatments?

In cases in which none of the above patterns of function and fear is highly disabling or distressing, psychological treatment for this phobia can be initiated. In this intervention, psychotherapy is used to modify or eliminate the erroneous thoughts and beliefs that end up causing the rest of the symptoms.

In addition, this psychotherapy is accompanied by techniques for the treatment of phobias such as live exposure or systematic desensitization and relaxation training.