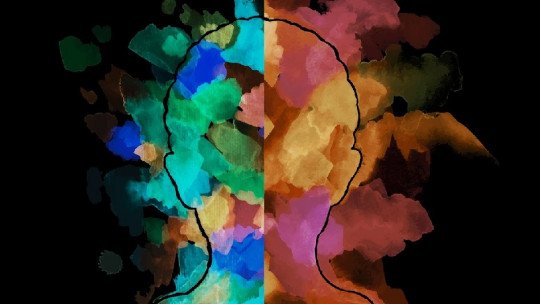 The human mind is a complex thing to understand, much of its functioning still being a great mystery. An example of this is self-awareness, about which there is very little knowledge and whose study has generated a great diversity of models and perspectives, both on a scientific level from psychology and even philosophical.

One of the many models or theories in this respect is the so-called emergence , which we will talk about throughout this article and whose main axiom is the fact that “the whole is more than the sum of its parts”.

Emergentism: what is it?

Emergentism is understood as a philosophical trend, model or paradigm characterized by the consideration that everything that exists, and all the properties of matter (including, in the case of psychology, mind and our being) cannot be derived solely from the sum of the elements that compose them, but that they arise and evolve from them as an irreducible whole and generate their own laws.

Emergentism arises as a contrast to reductionist theories , which consider that reality can be explained by a single type of factor whose sum simply results in the specific phenomenon being analysed.

It considers that the different phenomena are multi-causal, and that from each way or level of higher organization different properties will emerge that do not exist in the components of lower levels. These properties are therefore part of the whole and cannot be explained from the elements that have constituted it.

Although there are different visions and emergent conceptions most share some main elements.

To begin with, one of them is the existence of synergism, or the belief that the properties of matter arise from the cooperation of various elements from whose interaction different properties and new elements emerge. Such properties and elements are more than the sum of their previous components, not being reducible or only derived from them but a new and previously non-existent product.

The fact that new properties emerge that are not reducible to their parts means that what actually emerges cannot be predicted. Despite this, there would be a certain coherence between complex elements when generating elements over time.

When we link emergency to the biological, we must also take into account the existence of self-maintenance through reproduction as well as the capacity for self-organisation and the ability to adjust to the environment in which living beings live and the demands they have to face.

Emergentism is not a totally homogeneous theory, but within it one can find different positions to understand consciousness or mental states . Two types of emergence stand out especially: weak and strong emergence.

From weak emergentism or innocent emergentism it is proposed that a hierarchically elevated phenomenon, such as human consciousness, is weakly emergent with respect to an inferior domain, appearing from that domain.

So-called strong emergence proposes that a phenomenon or higher domain is highly emergent with respect to a lower domain from which it can emerge, but nevertheless not such higher domain can be explained only from such lower level.

In other words, the process, domain or element in question may derive in part from pre-existing structures, but it cannot be explained solely on the basis of them; rather, its existence exceeds the mere sum of them. Moreover, it has a way of functioning that is slightly independent of them. What is new is derived from the whole, not being explainable only by the parts that make it up.

An example in the human psyche

The above explanations may be difficult to understand when referring to rather abstract aspects. An easier way to understand this position is to give an example, which also can help us to approach the application of emergence in the field of psychology .

Conscience, as the text on which this article is based suggests, is a good example of this. However, technically any of the higher mental capacities or even aspects and constructs such as intelligence or personality would be useful to us.

In the case of personality , we have that there is a great part of our way of being that comes from genetic inheritance while that inheritance while another of the major factors that explain it is that of our experiences and the learning that we have done throughout our lives. Neither one nor the other explains completely how we behave in real life (if we considered that it is one or the other factor we would be being reductionist), and not even its direct sum explains by itself our behavior (being something that emerges from them but is not totally reducible to them).

And the fact is that aspects such as the will or the situation we are living in the moment, independently of our natural tendency to respond, would also have a link with it, being aspects that are not merely a sum of biology and experience but that emerge from their interaction in such a way that can even alter them by itself (our personality and our will can alter our experience, which in turn influences the personality).