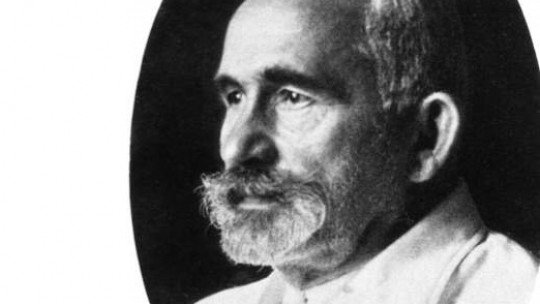 The name Emil Kraepelin is highly regarded by most psychologists and psychiatrists in the world as the founder of modern psychiatry.

Among his main contributions we find that he is responsible for having generated a classification system of mental illnesses based on the clinical manifestation of subjects with mental problems such as those that exist today (he was a pioneer in developing a nosology on this subject) and the distinction between disorders such as early dementia (later called schizophrenia by Bleuler) and manic-depressive psychosis (current bipolar disorder).

In this article we will present a brief biography of this important psychiatrist.

Emil Kraepelin was born on February 15, 1856 in Neustrelitz, Germany . Son of Emilie Kraepelin and Karl Kraepelin, the latter a teacher. Throughout his life he acquired a certain taste for botany (probably due to the influence of one of his brothers, a biologist) and a great liking for music, literature and poetry.

Kraepelin felt from the beginning a great interest in the world of medicine and biology, starting in 1875 to study medicine at the University of Wurzburg. Already during his studies, he became very interested in the field of psychiatry and psychology , focusing on this area especially after a stay in Wilhelm Wundt’s experimental laboratory in Lepizig, taking a course with the father of scientific psychology and learning the psychophysical methods used by him. Later he would work as an assistant to Von Rinecker in the psychiatric hospital of the aforementioned university.

He received his doctorate in 1878, with a thesis based on the effect of illnesses on the appearance of mental disorders, in which he also worked on aspects such as the role of psychology in psychiatry.

Bernhard von Gudden, who was to be the president of his thesis evaluation committee, recruited him as his assistant at the Munich psychiatric hospital, working on aspects of neuroanatomy for four years.

After that he would study neuropathology in 1882 together with Flechsig, again in Leipzig, and later work as a volunteer with Erb and Wundt in the department of nervous diseases and in Wundt’s experimental laboratory, studying especially aspects related to clinical practice despite the fact that he also carried out different research on substance consumption or fatigue.

Development of the Psychiatry Treaty

It was during these years that Wundt would suggest that he draw up a picture of the various mental disorders. However, Kraepelin would go much further than expected, formulating his own classification system based on the clinical manifestation of mental problems. In 1883, the Treaty of Psychiatry was born, which would be the basis for the elaboration of subsequent diagnostic classifications (including the latest editions of the DSM). It is at this important moment that modern psychiatric nosology emerges.

This classification would be made and would take into account not only the clinical manifestations but also their etiology, dividing mental disorders into endogenous and exogenous. Kraepelin considered that the causes of psychiatric disorders were mainly biological.

In addition to this important publication, during the same year he qualified at the Department of Medicine of the University of Leipzig and later worked again with Gudden at the Munich Psychiatric Hospital.

In 1886 he was appointed professor at the University of Dorpat, Estonia, where he succeeded Emminghaus. He worked in this position while improving his Treatise until disagreements with the Tsar caused him to leave the post in 1890. He left for Heidelberg, where he would meet and work with Alois Alzheimer, with whom he would eventually contribute to the study of what is now known as Alzheimer’s disease. He would also study aspects such as sleep and memory.

In spite of having already published several revisions of his Psychiatry Treaty, it was not until the sixth edition, published in 1899, that he elaborated another of his major contributions: the creation and distinction of the concepts of early dementia (current schizophrenia, emphasizing the paranoid, hebephrenic and catatonic subtypes) and manic-depressive psychosis (current bipolar disorder), establishing some of its characteristic symptoms through longitudinal studies.

Along with Alzheimer’s, he returned to Munich in 1903, where he was appointed Professor of Psychiatry at the University of Munich and participated in founding and directing the Königlische Psychiatrische Klinik. His research at this time focused on the study of mental disorders in different cultures, which would cause him to travel often to different countries.

At this time he would also conduct research on alcohol, which would lead him to become teetotal and even to make his own non-alcoholic drink, a kind of lemonade called “Kraepelinsekt”. He tried to promote the creation of institutions for alcoholics, but his proposal was not supported.

The aforementioned clinic would be transformed into the German Institute of Psychiatric Research between 1917 and 1918 , but the arrival of World War I practically bankrupted it (only thanks to the help of the Rockefeller Foundation was its closure avoided).

The following years were spent working at the Institute and on the then ninth edition of the Treatise on Psychiatry. Emil Kraepelin died on October 7, 1926 in the city of Munich, at the age of seventy.

Kraepelin’s legacy is extensive: he is the first author to create a psychiatric nosology and a way of classifying mental illness that has continued to be used to this day. Although his diagnostic labels are no longer commonly used, they have given way to other denominations and research into various disorders.