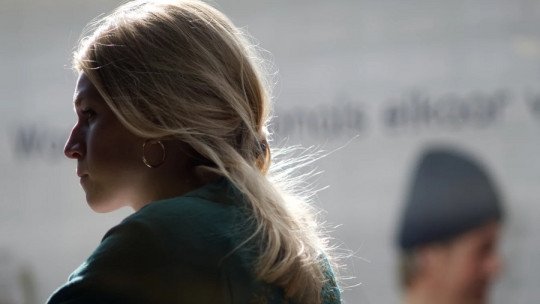 Personality disorders appear when a person’s way of being, thinking and feeling moves away from normality, altering their daily functioning, producing discomfort and preventing them from adapting to everyday life situations (on a social, professional, personal level,…).

Today we will know a very specific disorder, the emotional instability disorder of the personality , characterized by a marked impulsivity together with an unstable and capricious mood.

Emotional instability disorder of the personality is a disorder included within the ICD-10, but not in the DSM-5 (Diagnostic and Statistical Manual of Mental Disorders). The ICD-10 classification for personality disorders, compared to the DSM-5, is more complex and structured.

It defines Emotional Disturbance of Personality as the existence of a marked predisposition to act in an impulsive way without considering the consequences, together with an unstable and capricious mood.

In this pattern of behavior, the capacity to plan is minimal and intense outbursts of anger are frequent , which lead to violent attitudes or explosive manifestations; these are easily provoked when the subject receives criticism or is frustrated in his impulsive acts.

There are two variants of this personality disorder, which share the general aspects of impulsivity and lack of self-control. They are as follows.

It is characterized by emotional instability and lack of impulse control . In addition, there are frequent outbursts of violence or threatening behaviour, especially when faced with criticism from others.

It shows characteristics of emotional instability, and also distortions of the body image, of the objectives themselves and of the intimate image (which are presented in a confused or altered way).

There is also a feeling of emptiness and the ease of becoming involved in intense and unstable interpersonal relationships, which can generate repeated emotional crises and be accompanied by a succession of suicidal threats or self-aggression. Self-destructive acts can also occur without clear precipitating factors. A tendency towards self-harm thus appears .

Let’s see how these two personality disorders can be treated in the clinical setting.

Focusing on the first subtype, emotional instability disorder of the impulsive type personality, we can differentiate two areas to be treated: impulsivity and impulse control.

For impulsivity, training techniques in self-instruction and problem solving have been proposed (although the former are more focused on children and adolescents, they can also be used in adults).

Training in self-instruction is a technique by which the subject gives himself a set of orders or instructions for the autonomous regulation of his own behaviour.

The aim is to provide the child or adolescent with a way of acting quickly and effectively to achieve success in a task or a behaviour , preventing him/her from acting impulsively.

The problem-solving technique, on the other hand, aims at solving problems through well-defined steps and with the division of the problem into small parts.

For impulse control, on a psychological and behavioural level, exposure techniques with response prevention can be used (e.g. for the pathological gambling associated with such a personality disorder), together with cognitive therapy.

At a pharmacological level, the following may be used for impulse control: neuroleptics, antidepressants, lithium and antiepileptic drugs, among others.

The therapy that has so far proven most effective for borderline personality disorder is dialectical behavior therapy, developed by psychiatrist Marsha Linehan in the late 1990s.

Therapy approaches BPD as an emotional dysregulation disorder. It follows an integrative approach, and is based on behavioral and cognitive principles along with elements of Mindfulness.

It is appropriate for cases of LPD where suicide attempts have been made; it also treats the symptoms of depression, anxiety, anger, impulsivity, and impulse control that are characteristic of the disorder. It consists of 3 fundamental strategies: change, acceptance and dialectical understanding. The 4 treatment modalities are: individual therapy, telephone contact, therapist consultation and group skills training.