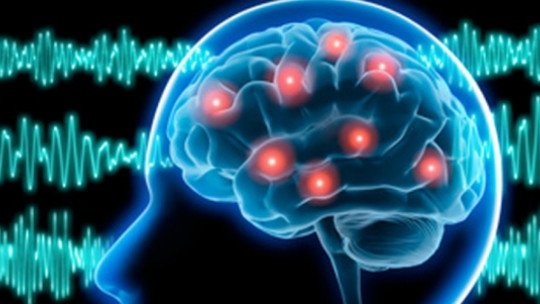 Of all the neurological diseases that can affect the human brain, few are as relevant as epilepsy .

This is a disorder that affects about 50 million people worldwide (according to WHO data), is chronic and is also one of the brain diseases that causes the highest number of deaths. On the other hand, after stroke and dementia, epilepsy is the most common brain disease.

This is why many efforts are being made by clinical psychology, neuroscience and psychiatry to understand what epilepsy is and how it acts.

The term epilepsy serves to designate a disorder in which imbalances in the functioning of the brain cause so-called epileptic seizures to appear .These seizures are episodes in which large groups of neurons begin to emit an abnormal electrical discharge, causing the person to lose control of their actions and part or all of their consciousness.

Episodes of this type can last seconds or minutes, and appear unexpectedly regardless of the person’s context. Therefore, what triggers these crises has more to do with the internal dynamics of the functioning of the nervous system than with what is happening around the person , although one cannot be totally detached from the other.

In most cases, during epileptic seizures the person not only loses control over what he or she is doing, but also suffers from convulsions, i.e. many muscles in his or her body start contracting and distending at the same time and repeatedly, causing tremors .

However, this is neither a symptom that defines epilepsy in all its forms (because it can also occur without seizures) nor does it have to do with this disease alone, since it is possible to experience a seizure episode with seizures without having epilepsy.

To learn more about what happens in the brain when you experience seizures, you can read this article

The causes of epilepsy are only known at a relatively superficial level , that is, it is only known that they occur when a large number of neurons start firing signals at the same time and in an abnormal way, although the details of the biochemical processes that trigger this type of process are unknown.

That is why, rather than knowing the why of the epileptic seizures, we know the how of them, which serves to describe them without going into detail. Among the factors which seem to be associated with the onset of epilepsy are

These are therefore problems that affect an individual brain, not contagious diseases, and it follows that epilepsy cannot be transmitted or passed on.

In addition, when considering the causes of epilepsy, it should be noted that individual differences play a very important role in epilepsy , as each brain is unique. Similarly, there is also a great deal of variability in the forms epilepsy can take, which gives rise to the debate as to whether there are not, rather than one disease called epilepsy, several unrelated types of epilepsy.

How is epilepsy diagnosed?

Epilepsy is produced by an abnormal activation pattern of groups of neurons, and therefore to diagnose it we must see, precisely, how the person’s brain works in real time. To achieve this, specialists in the field of neurology will use technologies for reading brain activity (such as encephalography or EEG) to see how certain parts of the brain are activated.

As even in the case of experiencing epilepsy, brain activity can be apparently normal at times when the seizures do not occur , in many cases it will be necessary to wear a device for a few days that will send signals about the patterns of neuronal activation it detects .

In addition to this, the health exam may include many other tests, such as a spinal tap or blood and urine tests, depending on each case.

As epilepsy is a neurological disease that affects all areas of a person’s life, it is very common that the treatments used against it are invasive . In addition to psychotherapeutic care, treatments based on psychopharmaceuticals and other medicines are commonly used.

In many cases, after testing the effectiveness of anticonvulsants, surgery may be recommended to isolate or destroy the area of the brain from which the seizures are triggered, or to introduce a device called a Vagus Nerve Stimulator (VNS) into the brain to reduce the frequency of seizures.