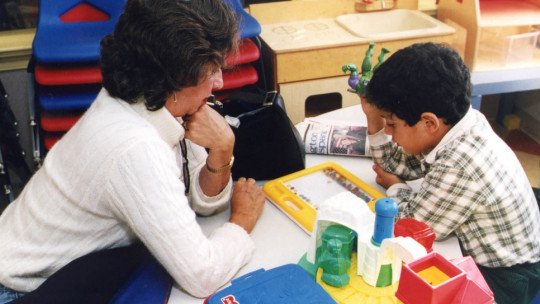 We are active and dynamic beings. We are continually engaging in some kind of behavior or conduct, usually with some kind of goal or intention. Realizing this is relatively simple. But it’s not so much determining how and why we behave as determining the basis behind the behavior.

In this sense and from within the branch of psychology, different proposals, models and techniques have emerged throughout history to try to determine this. One of them is the experimental analysis of behaviour , which we will discuss in this article.

Experimental behaviour analysis: what is it?

Experimental analysis of behaviour or behaviour is understood as that system or paradigm, both theoretical and methodological, which aims to study and analyse the processes through which behaviour is generated by means of an experimental, operable and qualitative methodology.

This system considers behavior or conduct as a product of the interaction between natural selection, the reinforcement of previous behaviors and the interaction with the social environment.

The experimental analysis of behavior appears as such from the works of B. F. Skinner, and it is based to a great extent on the radical behaviorism that he advocates: behavior is the only object of study proper to psychology because it is the only thing that is directly observable. This author especially emphasizes the importance of consequences when explaining behavior and its modification (being also the origin of operant conditioning). The aim is to explain human and/or animal behaviour on the basis of observable and measurable relationships between stimuli and responses .

Technically, the experimental analysis of behavior would be one of the three disciplines that would be encompassed within behavioral analysis, being in this case the one that is focused on investigating the basic processes. Besides it we could also find the conceptual analysis (for theoretical aspects) and the applied behavioral analysis (that raises the way to reflect and use the knowledge obtained in practice).

It is important to note that this model would be initiated by Skinner, but many other authors would make subsequent modifications and additions. Among them, the research carried out with children by Bijou or Wolf, which focused on observing the sensitivity to the consequences of the behaviour of minors in different with different conditions, stands out.

The behavior in this conceptual system

Regarding the consideration of behavior by the experimental analysis of behavior, according to this model it is the result of the interaction of biological and environmental variables that allow the generation of associations between stimuli, responses and consequences. The human being or animal in question would be an entity classified as a black box, something unexplored and whose internal elements do not necessarily have to be the mechanisms that initiate the behaviour .

One of the main characteristics of the experimental analysis of behavior is that it considers that the behavior as a whole is not arbitrary but is subject to natural scientific laws, in which it is put in relation to a dependent variable (the behavior) with an independent one (its causes), in such a way that these laws allow the behavior to be predicted and modified based on them.

The basis of our behaviour is, according to the model from which the experimental analysis of behaviour starts, the consequences and effects that these have on the organism that emits them . It is considered that behaviours that generate pleasant consequences are reinforced in such a way that they are maintained and perpetuated, while aversive consequences will cause behaviours that are in principle unadaptive to disappear.

Likewise, with regard to the participation of the environment, it should be pointed out that it is possible to find the existence of contingencies of a phylogenetic, ontogenetic and cultural type that affect the initiation and commissioning of behaviour. The environment therefore affects participation based on how we have evolved and the context in which we are, the reinforcement that our behaviour has received throughout our lives and the situation in which we are immersed on a socio-cultural level.

The experimental analysis of behavior starts from a model that does not include the mind or cognition in the explanation of behavior, but despite this, it accepts the existence of private behaviors or those that can only be observed by the subject himself.

In this sense the existence of private verbal behaviour is accepted, as well as biased perceptions based on conditioning and the presence of situations in which the organism itself is the origin of the stimulation that generates the behaviour.

Reviews of the model

Experimental analysis of behaviour is a system that has had great influence and repercussions in the field of psychology, but although it continues to be useful in different areas it has also received various criticisms.

Bearing in mind that the experimental analysis of behavior proposes that behavior is governed by a series of unalterable laws and that it discards or does not value the implication of non-evaluable aspects such as motivation, goals and desires, this model offers a mechanistic view of behavior, one of the reasons why at the time was controversial and why it has been receiving different criticisms.

Another possible criticism to be taken into account is that many investigations carried out in the experimental analysis of behavior have been carried out with different animal species, so that the conclusions drawn cannot always be generalized. However, the model takes into account this fact and is cautious when generalizing its conclusions among different species (although many of its basic principles have been reflected in both humans and other beings).

Likewise, the existence of internal factors and those specific to the subject are not taken into account as possible causal factors of the behaviour, the latter being mainly passive under the paradigm from which it is based. However this does not imply that the existence of private events is not taken into account , something that would gradually lead to the emergence of cognitivism.