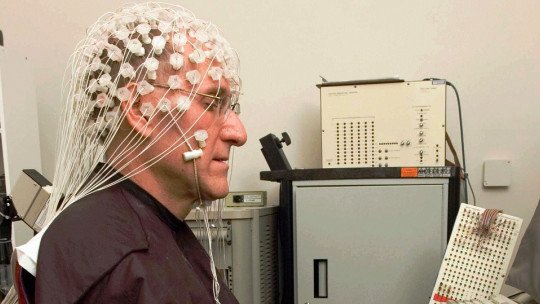 Psychology proposes the scientific study of how we perceive, learn, feel, etc. Experimental psychology studies these processes from the experimental method, which includes observation, recording and manipulation of variables.

The currents within experimental psychology

Historically, the most important perspectives within the field of psychology are the following.

Structuralism, whose representative was Wilhelm Wundt, was the first current of scientific psychology in relation to perceptive processes. For them, perception is determined by the brain structures that the subject possesses. These structures are not given in an innate way , but are generated through a learning process of a perceptive type.

Structuralism has an empiricist component, so that perception is studied by paying great attention to sensation as a unit of analysis. This analysis led to the development and study of thresholds, giving rise to psychophysics. Thus, perception depends on stimulation and sensation is the result of a complex learning process.

At the beginning of the 20th century a psychological current appears, the Gestalt theory . According to this theory, the whole is much more than the simple union of the parts.

In Gestalt, the conscious experience of the observer is used, also called “phenomenological description”, in which, unlike structuralism, the subject is not required to discriminate between perceptions, but to describe the data of the perceptual scene in the most objective way possible.

The Gestalt psychologists gave special importance to the perception of the emergent properties , which are the product that emerged from the relationship between the different components of the perceptive scene. For them, the organization and the relations between the components were carried out in an orderly way, generating a series of laws. Moreover, the principles that constitute our perception were not the result of what the subject had learned perceptively, but rather the result of the interaction of the innate brain structures with the environment.

This trend was born in the first quarter of the 20th century. It was so focused on the study of behavior that in their research they focused on it rather than on perceptual experience, which was very simple with the aim of enhancing the explanatory capacity in their experiments.

Thus, based on Pavlov’s work, behavioural researchers such as Whatson or B. F. Skinner brought experimental psychology to an exceptional degree of development.

Entering the second half of the 20th century, cognitive psychology emerges, which, unlike behaviorism, focuses on the study of the processes that transform the input of information into the subject’s response. These processes are called cognitive and refer to the processing of perceptual information from the same perceptual experience, also influenced by the subject’s previous experience and his or her subjective characteristics.

Cognitive psychologists use the “computer metaphor” , where they use the term “input” to refer to the input of information and “output” to refer to behaviour. To explain the functioning of cognitive processes, they considered them as a series of elements that present a certain structure and a series of interactions. The way to represent this structure and the interaction of components is called “flow diagrams”.

Computationalism, whose representative was David Marr , emerged from a radicalization of the computer metaphor. For them, the computer is another processing system that like the human mind processes information, which generated cognitive science, which is a multidisciplinary orientation that studies cognitive processes, starting with the perceptive ones.