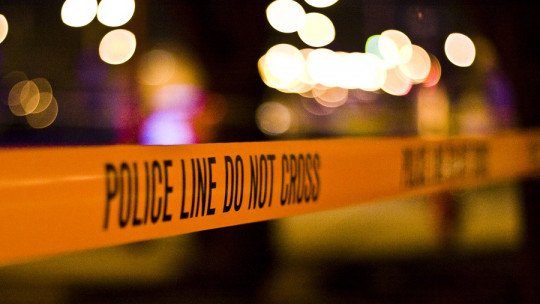 The concept of extended suicide , following several unfortunate events in recent years, has become known. It is the act of first killing a loved one and then committing suicide.

We will now further define what this term is, what diagnostic criteria experts in the field use to define when we are dealing with a case of extended suicide, risk factors and comment on why it is a controversial term.

What is Extended Suicide?

Extended suicide is a tragic event in which the individual first ends the life of a loved one, usually a son or daughter, and then commits suicide . The victim of the person who will end up committing suicide is usually a person whom he or she appreciates, and considers that, far from taking away his or her future, he or she is saving it from an adverse future.

In this type of homicide, it is not that the mother, or father in whatever situation, hates his children or other people close to him, or has behaved mostly negligently towards them. We are not talking about a case in which the murderer-suicide has previously committed maltreatment. Suicide does not take place as an act of repentance for the murder of the loved one , but coincides in time. First she makes sure that she takes her life and then she takes it herself.

Usually, the person who commits this act is deeply depressed, having a very pessimistic idea of how the future will go both for him and his loved ones. Because of this pattern of thinking, and considering that there is no way out of the impasse in which he believes himself to be, the mother or father decides, as an act that he understands as altruistic, to end his child’s life and then end his own.

The way in which the life of the child or loved one is ended is usually more or less rapid and, in most cases, as painless as possible . The murderer tries to spare his child any suffering, even though he is doing him the greatest evil of all: killing him. Among these “soft” and less traumatic methods of murder are the use of psychotropic drugs, release of gas, stabbing in strategic and rapidly bleeding areas, throwing oneself from a great height

According to Save the Children, about 24% of child deaths recorded since 2012 were murders by their mothers, 36% by their fathers and 7% as a result of suicide by bullying. The remaining 33 per cent of child deaths were due to reckless killing or murder by persons outside the family. About one third of mothers who kill their children later attempt suicide, and 23% of them succeed.

What are the signs of this type of homicide?

There are diagnostic criteria to determine that one is facing an extended case of suicide , or that the person is at risk of attempting to take the life of a loved one and subsequently attempt suicide. The most important ones are the following:

Different explanations have been given to understand why a person, in most cases of women who commit homicide-suicide, commits extended suicide, although in most cases the explanation resorts to psychopathology, especially when suffering from major depression.

In most cases, these are women who are depressed , either because of abuse or because of other factors such as marital breakdown and economic problems. They are so desperate that they do not believe there will be a better alternative than death. It is especially common when the person has psychotic or delusional symptoms, such as those found in paranoid schizophrenia.

A history of suicide prior to making this extended suicide attempt, whether successful or not, has been shown to be a risk factor. In addition to this, suffering from a severe personality disorder , such as TLP, is something that can significantly influence the achievement of this type of homicide-suicide. Substance use and intoxication can also contribute to its occurrence.

To all this, one should not fall into the error of stigmatizing mothers who have gone through or are going through a depressive episode, have been diagnosed with schizophrenia or, in the past, have committed autolytic attempts. As we have already seen, abuse and marital problems, along with work and economic problems, can influence a person to feel so overwhelmed by events that he or she does not see any way to keep the children safe, and decides to end it all at once.

Killing a child or another loved one, whatever the motivation for committing this type of act, is a despicable thing and certainly cannot be justified in any way, whether you are a man or a woman.

The concept of extended suicide has been criticised , given that, sometimes, and as some media expose it, rather than treating it for what it is, a homicide followed by a suicide, it is presented in a very different way from the aggressor. Depending on the ideology of the medium, the fact that a mother murders her son can be seen either as a heroic act against the macho society, or just the opposite, emphasising the lack of criticism of the behaviour of the person who has killed.

It is important to note that there is little information about the number of cases in which we would actually be looking at an extended suicide itself. That is, the mother ends the life of her child because she does not see a promising future.

In these cases we would be dealing with a person who is suffering from a psychological problem, mostly of a depressive type combined with psychotic symptoms and delusional ideas. This does not forgive the homicidal act, but allows us to understand that the person who has carried it out is not doing it out of revenge or hatred towards the husband or the victim , but he believes that he is being altruistic.

On the other hand, there would be the idea that there are indeed cases, although few, in which the mother would not have any mental disorder and the homicidal act would have been committed in a context of domestic violence, in a situation that would have gotten out of hand.

Records that take into account cases of extended suicide are made a posteriori, that is, once they have happened and the suicidal person can no longer explain their reality because they are dead.

This means that the investigation, although efficient in most cases, does not always know exactly what the motivation of the murderer-suicide was. If the person was depressed but did not go to a professional, there will be no medical or psychiatric history that allows the murder to be put into context and, if it was the case that she was the one who committed the abuse but the husband did not report it, it becomes difficult to be sure whether the husband’s statements after the event are true or invented.

In view of all this, a final reflection is necessary, and that is that one should not underestimate the disorders of the state of mind nor domestic violence , whoever the aggressor and the victim may be.

Everyone can suffer, at some point in their lives, from depression, which can be aggravated by personality characteristics of the individual and by factors external to him or her, such as the experience of abuse that hundreds of women suffer every day and which is related to most cases of extended suicide seen in the media. It has to do with the situation she has had to live in and certain factors that have predisposed her to believe that the best thing she can do is to end it all in this way.

Everyone can live in a situation that, far from seeking a realistic solution or seeking the support of loved ones and authorities, believes that the best ending of all is death. The person who is suffering should be helped as soon as possible , to react to symptoms of extreme sadness that may indicate psychopathology, to see if a progressive isolation is taking place or if the person does not show signs of enjoying what he or she used to like.

It is therefore of vital importance to understand that specialized psychiatric units should be established and encouraged to see how the mother-child (or father-child, depending on the case) bonding takes place in order to observe if there is a risk of this type of homicide-suicide being committed . In addition, interventions should be refined in the face of suicidal crises and ensure that, especially, the child or loved one involved in the suicidal act does not get hurt.

The intervention should be multidisciplinary , in which psychiatrists, social workers, psychologists and doctors work in a collaborative and coordinated manner to ensure the maximum well-being of both the mother/father and their children in the face of a case of mood disorder. Greater sensitivity is also needed from other professionals who do not work directly with psychiatric patients or cases of abuse, such as gynaecologists, family doctors and paediatricians.