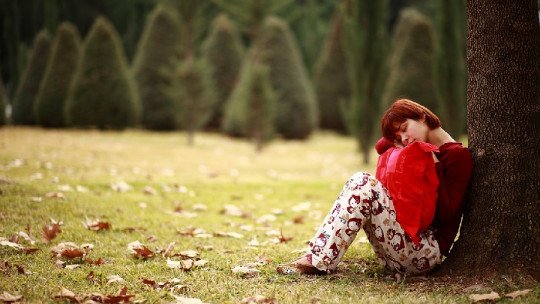 Not all forms of insomnia are psychological. Fatal Family Insomnia is far from resembling the typical sleep disorder . It is a neurodegenerative disease caused by prions, which as the name suggests is genetically transmitted and ends with the death of the patient in a relatively short period of time that usually lasts less than two years.

Fortunately it is not a frequent disease, but as soon as it appears it is synonymous with lethality . It is one of the few diseases known to end life through sleep deprivation, and this is why it is so fascinating to neurologists.

What is fatal family insomnia?

Fatal family insomnia, an autosomal dominant hereditary disease caused by prions . A mutation in the PRNP gene on chromosome 20 results in an overproduction of prion proteins, which accumulate and have the ability to convert other proteins into prions, ending in the neurodegeneration of the area where they are located.

The main neuropathological manifestation that we find in fatal family insomnia is the degeneration of the thalamus, which is in charge of sleep, with selective affectation in the anterior ventral and dorsal medial region of the thalamic nucleus. In addition, there is affectation in the olive tree nucleus and changes in the cerebellum, as well as spongiform changes in the cerebral cortex. The most affected areas of the cortex are mainly the frontal, parietal and temporal regions.

There is no clear relationship between neuronal dysfunction and the distribution of prions . Moreover, not even the number of prions is an indicator of the degree of severity of the disease or neuronal death. All patients show similar levels of prions in thalamus and subcortical structures. Only in those where the disease is sufficiently advanced do we find prions in the cortex to a greater concentration than in the innermost areas of the brain.

Two hypotheses arise from these data: either the prions are not toxic and only appear at the same time as the disease and what causes neuronal death is the mutation of the PRNP gene, or the prions are toxic but the different tissues of the brain have different degrees of resistance to this toxicity. Be that as it may, we know that the neurons of these patients do not simply die, but they go into apoptosis, that is, they program their own death guided by a signal.

How does it manifest itself? Common symptoms

It is a disease that usually manifests itself around the age of 50. Its onset is abrupt and continues to progress until it causes the patient’s death. Those who suffer from it begin to lose the ability to sleep. Not in the same way as insomniacs, who due to psychophysiological factors can sleep little or not well. This is an absolute inability to fall asleep or to do so in an extremely superficial way .

The disease progresses to hallucinations, alterations of the autonomic nervous system such as tachycardia, hypertension, hyperhidrosis and hyperthermia, an increase in catecholamine levels in the brain, cognitive changes such as attention and short-term memory problems, ataxia and endocrine manifestations.

Does insomnia cause death?

The exact cause of death in fatal family insomnia is unknown . Although any neurodegenerative process ends in death, it is possible that in this disease death comes earlier because of the deregulation of other functions due to insomnia.

We know that sleep is a fundamental part of health since it is restorative on a physical and psychic level, allowing the purification of toxins in the brain. In animals, for example, sleep deprivation over a long period causes death. Thus, it is possible that the insomnia of this disease, if not the direct cause of death, probably does influence the rapid deterioration of brain structures. For this reason, an intervention aimed directly at relieving insomnia can greatly lengthen the life expectancy of someone with fatal family insomnia.

In some cases, insomnia does not actually occur. Instead, sleep can deteriorate in its architecture when measured through a polysomnogram, without the patient being unable to fall asleep. The electroencephalogram of this patient shows predominantly delta wave activity, which are those present during wakefulness, with brief instances of microsleep in which slow waves and K complexes, characteristic of phase 2 sleep, are triggered.

The observed rhythms are not those of someone who is awake or someone who is asleep , but it seems like someone who is in a limbo halfway between one side and the other. As the disease progresses, microsleeps become less frequent, and the slow, complex K waves that mark these periods of rest gradually disappear.

There is less and less metabolic activity in the thalamus, epileptic seizures begin to occur, alterations in the autonomic system worsen and cortisol increases. Finally, the growth hormone, manufactured during the night, is no longer produced. This hormone allows the body to inhibit the use of glucose, causing the rapid weight loss and premature aging characteristic of the disease.

For now we only have symptomatological treatments, that is, those that attack the symptomatology , but do not stop the cause of the neuronal deterioration. In fact, on many occasions the treatment is not even symptomatic, but palliative. Worse still, patients with fatal familial insomnia respond poorly to conventional hypnotics and sedatives. In order to allow these people to sleep, a drug that stimulates slow-wave sleep is needed.

Some drugs still under investigation appear to be able to do this, although they have not been tested on people with thalamic damage, only on normal insomniac patients. To date all attempts to find an effective drug or drug cocktail have been in a trial and error context. Further clinical trials with compounds specifically targeted at inducing sleep are needed, taking into account the barriers to thalamic damage.