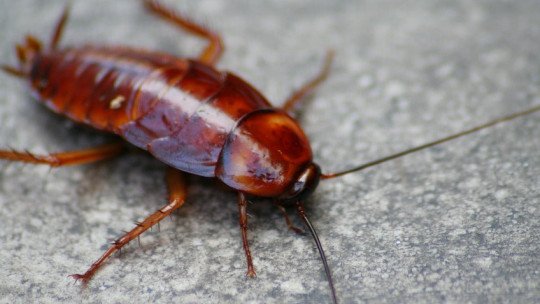 There are many insects or animals that produce disgust, and in some cases fear. Some of the most common are spiders, snakes and cockroaches. The latter are usually related to dirt, and although in some countries are considered a delicacy, many people are afraid of them.

The truth is that few insects produce more rejection for humans than cockroaches. These small animals, which have existed for millions of years (they lived with the dinosaurs), produce irrational reactions in many people.

In this article we will talk about blatophobia, the irrational fear of cockroaches .

Blatophobia is a phobic disorder and therefore belongs to the group of anxiety disorders. Phobias can be divided into two groups. Specific ones, such as aerophobia (fear of flying) or coulrophobia (fear of clowns) and blatophobia; or complex phobias, which include social phobia and agoraphobia.

Cockroaches are one of the most feared insects since disgust and fear are two universal negative emotions . For many, they are disgusting animals, and despite being harmless, some individuals cannot have cockroaches around.

Jeffrey Lockwood, professor of ecology at the University of Wyoming and author of the book The Infested Mind: Why Humans Fear, Dislike and Love Insects , explains that “although the most dangerous and potentially deadly mosquitoes have nothing to do with some people’s reaction to cockroaches.

Phobias are disorders that produce great anxiety and discomfort , and to avoid this unpleasant feeling, many individuals tend to avoid the feared stimulus. If they are unable to do so, they enter a state of panic when they see the object of their fear. In the following audiovisual content you can see a totally irrational reaction of a girl towards a harmless cockroach

Causes of irrational fear of cockroaches

Phobias usually originate from a traumatic experience in the past, and are learned through a process called classical conditioning , which is a type of associative learning. You can read more about this type of learning in this article: “Classical conditioning and its most important experiments”

Although one of the first researchers to discover this type of learning was Ivan Pavlov, it was John B. Watson who made the term popular in the United States and the first to experiment with humans.

In his experiments, he made a little boy named Albert learn an irrational fear of a white rat whom he initially adored. Despite his interesting findings and the fact that it was one of the most important experiments in the history of psychology, it could not be carried out today because it would be considered unethical.

You can watch a video of this controversial study below:

Other causes of phobias

Other experts also claim that phobias such as blatophobia may be due to other reasons. One of them is vicarious learning , that is, by observation. For example, watching a scary film in which cockroaches appeared. Phobias can also be due to our biological predisposition, as we are prepared to feel fear of certain stimuli.

Fear is an adaptive emotion that throughout history has allowed the survival of the human species, and that is why phobias are constituted by primitive and non-cognitive associations, which are not easily modified by logical arguments.

Regardless of whether they are specific or complex phobias, the symptomatology is similar in all phobic disorders s. They are known as anxiety disorders because they are characterized by a strong anxiety and discomfort caused by irrational fear or dread when facing the phobic stimulus, anticipating the encounter with it and even imagining it. Mainly, the symptoms of blatophobia can be classified into three groups:

Phobias cause great discomfort, but they are curable (at least to the point of making your symptoms much less severe). In fact, psychological treatment is very effective in this type of disorder .

Generally, psychotherapy sessions focus on cognitive behavioral therapy, which is a type of therapy that aims to modify those internal events (emotions, thoughts, and beliefs) and behaviors that cause discomfort. This form of therapy employs different techniques from behavioral therapy and cognitive therapy, but for the treatment of phobias relaxation techniques and exposure techniques are really useful. Within the latter, systematic desensitization stands out, in which the patient is exposed to the feared stimulus in a gradual way and at the same time he or she learns different coping strategies that improve his or her well-being.

In addition to cognitive behavioural therapy, which belongs to the so-called second generation therapies, other therapeutic models belonging to the third generation are also used today: cognitive therapy based on Mindfulness and acceptance and commitment therapy. This type of therapy does not focus on the modification of internal events and behaviour , but on the acceptance of experience and therefore the reduction of symptoms.

On the other hand, in extreme cases pharmacological treatment can be used, but always in combination with psychological therapy.

New technologies and the treatment of phobias

In recent years, with the advancement of new technologies, psychologists have begun to employ new tools that help expose patients to phobic stimuli without the need for them to be present. Virtual reality and augmented reality are some examples.

In addition, with the use of smartphones, patients can also have different apps that help overcome phobias. You will find more details in the article “8 apps to treat phobias and fears from your smartphone”.