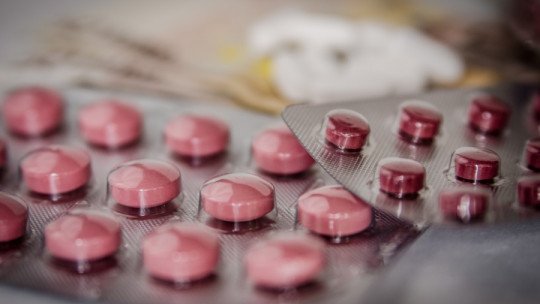 Neuroleptics or antipsychotics are used to treat disorders such as schizophrenia or other types of psychosis.

In this article we will discuss flupenthixol , a drug that acts as a typical antipsychotic at high doses, although it also acts as a sedative. We will know its most important characteristics, its adverse effects and its therapeutic indications, among others.

Flupenthixol is a typical antipsychotic drug marketed under brand names such as Depixol and Fluanxol . It is derived from thioxanthene (a group of classic neuroleptics), along with chlorprothixene and zuclopenthixol.

The pharmaceutical form of flupenthixol (format) is film-coated tablets, usually with pink, round, biconvex film.

Flupenthixol is a high-dose antipsychotic (5 to 20 mg a day). On the other hand, has a weak sedative effect , even with its administration at high doses. It acts, like other neuroleptics, by blocking dopamine receptors; thus it will increase dopamine metabolism. This effect may be predominant over blocking post-synaptic receptors at low doses.

It is possible that the increase in dopamine metabolism explains the positive effect of flupenthixol on mood, as well as its revitalizing effect.

Flupenthixol is indicated for the treatment of chronic schizophrenia and paranoid psychoses with positive symptoms such as hallucinations, paranoid delusions and alterations of thought, accompanied by apathy, anergy and isolation (negative symptoms

Flupenthixol is contraindicated in cases of acute intoxication by alcohol, barbiturates and narcotics, comatose states, excitable or hyperactive patients, since its activating effect can lead to an excess of these characteristics. It is also contraindicated in pregnant women and in women who are breastfeeding.

Flupenthixol should be administered under a doctor’s prescription and with a clear and reliable diagnosis, as there is a possibility that it may cause a malignant syndrome in some patients; therefore it should be used with caution in patients with a history of seizure syndrome, liver disease and cardiovascular disease.

On the other hand, flupenthixol is not recommended for use in children and adolescents, due to the absence of safety and efficacy data.

In addition, if the patient has been previously treated with other neuroleptics, these should be gradually removed . On the other hand, those patients who are subject to long-term therapeutic treatments must be evaluated at certain intervals.

Such adverse reactions are extrapyramidal symptoms (during the initial phase of treatment); transient insomnia (especially when the patient has been switched from a sedative neuroleptic), and sedative effect at high doses (occasionally).

In most cases, extrapyramidal symptoms can be satisfactorily controlled by dose reduction of flupenthixol and/or antiparkinsonian drugs. However, the routine prophylactic use of antiparkinsonian medication is not recommended.

Occasionally and in long-term treatments, tardive dyskinesia may appear . Antiparkinsonian drugs do not relieve these symptoms. Reducing the dose or discontinuing treatment is recommended.

Adverse autonomic and cardiovascular effects are very rare, although cases of tachycardias, palpitations and arrhythmias have been described. Falling blood pressure may result in dizziness.

In case of overdose with flupenthixol, the symptoms may involve drowsiness, coma, extrapyramidal symptoms, shock, hypotension, convulsions and/or loss of body temperature.

This overdose should be treated with antiparkinsonian anticholinergic drugs if extrapyramidal symptoms are present, with benzodiazepines if agitation or excitation occurs, and with noradrenaline in intravenous saline if the patient is in shock. On the other hand, adrenaline should not be used, as it may cause increased arterial hypotension.