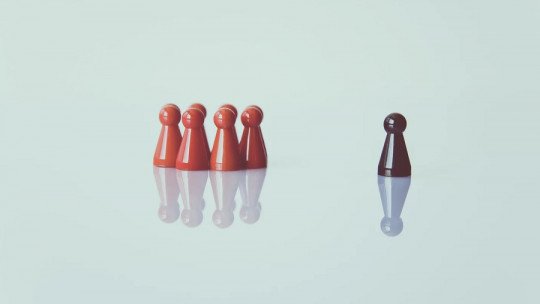 Much of the success or lack of it in a company or team has to do with leadership. This element can cause a group of people who previously could not coordinate their work to reach a goal, to function in almost total harmony.

In this article we will deal with the main characteristics of formal leadership , one of the most common types of leadership.

What is formal leadership?

Formal leadership is based on a leader who has been elected through a procedure where it is clear that he has the authority to exercise leadership functions over a group of people . There can be leaders in different contexts, such as politics, sports, academia, etc.

Formal leaders should possess certain personality characteristics that make them easy to manage groups, but this is not always the case.

For someone to be considered as a formal leader it is a requirement that his leadership has not been obtained spontaneously ; if this were the case we would be in the presence of an informal leader, who is no more than that subject who plays the role of leader within a social group without any procedure granting him that position.

The benefits of this type of leadership

This is a brief summary of the benefits that formal leadership brings to companies and teams.

This makes it easy for the formal leader to control his team members, since they must obey not because they necessarily like doing so, but because it is their duty to do so. This benefit is mainly useful when team members are not familiar with a subject of which the natural leader is an expert.

2. It is based on a practical leader

Considering that formal leaders usually arrived at this position thanks to their knowledge and not to their ability to please people, they find it easier to give orders and take the measures they consider necessary for the best performance of their team , they do not see their judgment very much affected by emotions or personal relationships.

Groups that have a formal leader within their ranks tend to achieve a fairly good level of effectiveness, because the degree of control that the formal leader exercises over his subordinates is very high.

Not everything is positive; formal leadership also has several disadvantages .

1. Level of demotivation in employees

People are usually not very motivated when they are forced to do an activity that they do not like. This often happens in teams where there is a formal leader.

Speaking the same language does not guarantee clear understanding . The way things are communicated is also important. It is common for the formal leader to communicate his wishes in a somewhat dry manner, which can generate a conflict so that his message is well received.

Although it is not an exact science, there is a greater probability of tyranny in teams based on formal leadership. It may be that the formal leader focuses on power too much and loses sight of the collective goal, and then waits for the team members to give him or her the nod.

The differences with natural leadership

The antagonistic term of formal leadership is natural leadership. E occurs when a subject manages to exercise the functions of leader within a certain group of people without the need to have obtained a position through some previous procedure and without the need for an established chain of command.

The natural leader uses his virtue for interpersonal relationships; it is only on the basis of his personality characteristics that he gets others to follow and take notice of him as an authority.

Natural leaders tend to be more empathetic than their counterparts, since the team follows them because of their charisma and not necessarily because of the position they hold . Although the role of the natural leader may be more appreciated, it does not have to be as efficient as that of the formal leader, taking into account the significant differences in the performance of the team. In the best of cases, it may be that the person who acts as a formal leader also acts as a natural leader; this scenario would be ideal for any member of a work team.

The characteristics of a formal leader

The following are typical behaviors of leaders who embrace formal leadership.

1. Recognition of your role

The intrinsic characteristic that characterizes formal leaders is that their control over the group has been established externally . In this way they are part of the explicit hierarchy of the environment in which they work. It is common for formal leaders to reach that position based on their academic achievements and experience.

2. Control over the group

The role of a formal leader brings with it the ease of command, considering that the person who holds the position of leader can give direct orders to subordinates,** without the need to gain their affection.

This means that for the figure of the formal leader to exist there must be a hierarchical order that takes care of differentiating the different ranks within the environment.