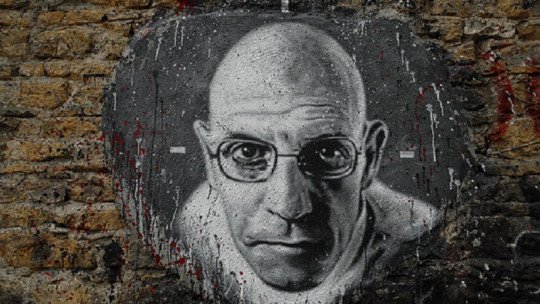 In political science, and more specifically in the field of collective action, there is a key concept: the Tragedy of the Commons . It is an idea that puts the study focus on the existence of situations in which an agent, in the search for a particular interest , can produce a result totally opposite to the one expected by the individual. And even more, that it is a “tragic” result in view of the general interest of society.

Michel Foucault and the Tragedy of the Commons: The Age of Biopower

The classic example that is taught in the collective action classes about this concept is that of a village with a fishing tradition in which the problem of the disappearance of fish appears. In this scenario, if fishing is not stopped and there is no pact between everyone (regularizing or seriously controlling this activity), the fish will disappear and the people of the town will end up dying of hunger. But if there is no fishing, the population may also end up dying.

In the face of this dilemma, one solution: cooperation . However, in the absence of cooperation there are hegemonic forces that can benefit from monopolizing the goods (in this case, the fish) and feeding on the misery generated by their own monopoly. For that reason, the hegemonic power is interested in eliminating any type of political or social culture that favors cooperation. Consequently, it is interested in promoting the culture of individualism . Let’s see, then, some examples of how power puts this premise into practice.

Michel Foucault , one of the great thinkers on the theory of power, points out that one of the ingredients that power feeds on in order to exercise control over the population is to try to inculcate an individualistic consciousness . According to this author, the final objective that moves power is to make the individuals in a society as productive as possible, but at the same time, to make them as docile and obedient as possible . Going down to the field of the concrete, it can be said that the practice of crossfit is a good example in which this individualistic consciousness is given, aimed at making the subjects docile, obedient and productive.

For those who don’t know, the crossfit is a sport that has become very fashionable lately, thanks in part to a good dose of marketing. It consists of a kind of multidisciplinary military training (combining various sports such as strongman, triathlon, weightlifting, sports gymnastics, fitness) that is structured into a good number of different exercises diversified in time, number of repetitions, series, etc.

In order for there to be individualism there has to be discipline , and crossfit is the king of sports as far as discipline is concerned. Discipline pursues the ritualization of attitudes and behaviors, which we could synthesize with the term obedience. Obedience can be understood as the absence of seeking alternative options before an authority figure who provides the guidelines to follow. In the crossfit, the discipline of the body allows it to act as a prison for the subjects. The highly mechanized exercises seek the aesthetic and functional perfection of the muscle.

The final objective is to progressively become a sort of more productive machine, in which the time factor (time control) also acts as a controller of the subject himself. All this is based on a meticulous structuring that proposes combinations of series of exercises that are totally predefined and fragmented in time, by turns, like a mimesis of a factory production, only that in this case, the factory is the person himself . Thus, we have as a final result a subject whose only objective is to be increasingly productive and who, paradoxically, ends up physically and mentally exhausted in this spiral of productivity and alienation.

The objectification of the subject and the figure of the entrepreneur

One step further for power to achieve its objective (the optimization of productivity) is the fact of creating the collective consciousness of what it is interested in, making these individualistic bodies add forces to generate a great collective body that produces for it (power). These are individualistic consciousnesses that eventually unite to better reach their individual goals.

For this reason, power has always sought the normalization of society , that is, to create guidelines, routines, norms, practices in daily life that are established as habitual, common, normal and, in the end, acceptable (thus differentiating itself from attitudes or behaviors that, because of their condition of residuals, can be superficially labeled as not normal, eccentric or dysfunctional). For this reason, laws are used to define the limits of what is normal , always in agreement with those behaviours or judgements that are related to legal logic, which is still an expression of a certain scale of values that we intend to consolidate.

The system revolves around a key element that defines it, the company . If power pursues an objective, the next thing it will do is to turn people into that objective, to objectify the subjects in the object enterprise, the famous ” I am an enterprise ” with the purpose that all persons in civil society produce in the same sense, in the sense that power is interested in: that the subjects define themselves as enterprise, that they are enterprise.

Let us return to the example of the fishermen we mentioned at the beginning of the text. The process of individualization and the mentality of ” I am a company and therefore I have to beat all the competitors in the market ” only favors those who pursue the fish to be finished before nature can reproduce the species [1]. Nevertheless, it is appropriate to clarify that in this article we are not arguing at any time that the fishermen of the example or any of us are part of the oligarchy (it would be, in fact, to deny the same term) but we could affirm that we act according to the interests of this oligarchy and against, sooner or later, our own interests, as an integral and unconscious part of a corporatist machinery.

This is why both individualism and non-cooperation (especially in times of crisis such as the present) involve, in any case, the tragedy of the commons .