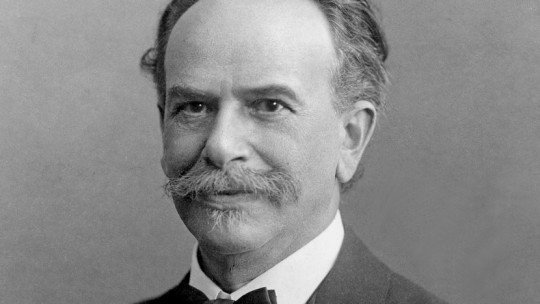 Franz Boas (1958-1942) is known as the father of American anthropology. He is also considered one of the four fathers of anthropology, having laid the foundations of one of its branches: cultural anthropology.

In this article we will see a very brief biography of Franz Boas , as well as some of the main characteristics of his life and work.

Biography of Franz Boas: life and work of this anthropologist

Franz Boas was born on July 9, 1858 in Minden, Germany. His grandparents were Jewish and his parents had assimilated some of the German values of the Enlightenment, as well as liberal ideas of the 1848 revolution.

Inevitably, Franz Boas developed sensitivity towards both groups, while at the same time he did not strongly subscribe to either and was able to develop a critical awareness of anti-Semitism and nationalism . Likewise and from a very young age, he developed a great interest in the natural sciences, and soon after that he became interested in studies in the history of culture.

Some time after participating in the military services, Boas studied geography in Berlin, where his interest in cultural processes beyond demographics grew. In 1886 he visited Kwakiutl and other Canadian tribes, and upon his return to the United States he became editor of the magazine Ciencia. He later helped prepare the 1893 anthropological exhibitions at the National Museum of History in Chicago, where he exhibited some of his work.

Finally, he taught at various universities in the United States and as curator of anthropology at the American Museum of Natural History , in New York, where he was also director and editor of the research reports of various studies that analyzed non-Western cultures and societies.

Like many of the pioneers of anthropology, Franz Boas began his training in mathematics, physics, which he complemented through various studies that eventually allowed him to develop his major works. For example, was trained in philosophy , where he was particularly interested in the thought of Kant. From there he moved on to psychophysics and soon became interested in tackling some problems of the epistemology of physics.

In other words, there was concern about how the knowledge that the discipline validated and disseminated was being constructed. Later, Franz Boas specialized in geography , a field that allowed him to explore the relationships between subjective experiences and the material conditions of the world. In this context there was an important debate about whether the determining factors were physical or cultural, and Boas related closely to other researchers who analyzed this debate from the perspective of migration processes.

For its part, anthropology was developing around an evolutionary perspective of culture. This means that the studies that were being developed justified cultural differences based on biological arguments that said that some human “races” have greater or better capacities to adapt, or not, to certain contexts.

In general and in that historical context, these arguments sustained the racist and exclusionary practices that affect people whose skin is not white. From here and from his interest in migratory processes, Boas studied how new environments affect migrants, and no longer the other way around, as some studies had suggested.

From cultural evolutionism to cultural relativism

One of Franz Boas’ main contributions to modern anthropology was the shift towards a relativistic perspective of culture. What he roughly proposed was that cultural differences are mediated by culture, not so much by biology as the evolutionary approach had been arguing.

In other words, Boas argued that the origin of cultural difference was not given by biology , which inevitably must be taken into account when analyzing the processes of racialization. From his investigations, Franz Boas positioned himself as one of the greatest representatives of the questioning of white supremacy that was going through the studies of the anthropologist.

This was one of the origins of cultural anthropology, I understand that culture is the local context where human action occurs, which added to the other three branches of anthropology that were already developing: linguistics, physics and archaeology.

Finally, Boas approached ethnography arguing that all cultural phenomena should be considered worthy of being studied in their specificity and particularity, which led him to establish a break with the cultural laws that science formulated. He developed a preference for empiricist practices, and finally was able to develop cultural relativism as an important methodological and theoretical tool, which could be used for both data collection and analysis.

Some of the most outstanding works of Franz Boas are the following books: Race, Language and Culture , from 1940; Anthropology and Modern Life from 1928; The Relation of Darwin to Anthropology , a text published posthumously.